KWAG was contacted recently by a well-wisher in the USA. David McGreevy had acquired a photograph from an English seller that he wanted to know more about, and thought we might share his interest.

The photo, dated 1873 is a fascinating insight into the Miles Family who lived at Kings Weston between 1834 and 1936. It shows the last two owners of the estate together as father and son. The 57-year-old Philip William Skinner Miles is seen holding the reins of Philip Napier Miles’s pony; the younger miles was just eight when the photo was taken.

After a little detective work we were able to identify the location of the photo as the yard of the stables on Napier Miles Road, and have passed this on to its new owner. In return he has happily allowed us to share it with you. 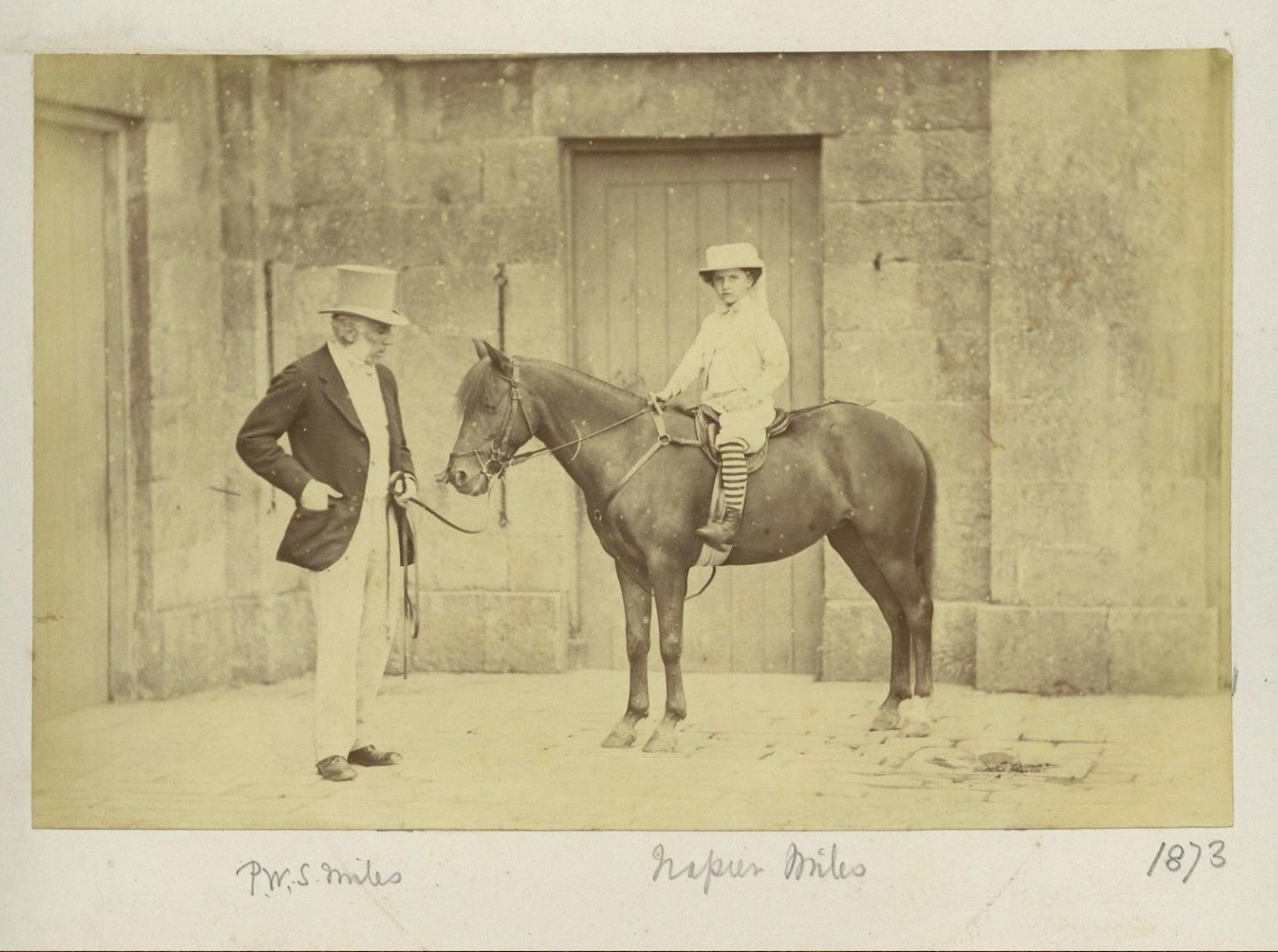