In early 2015 we began a project to reinstate a missing link in the network of paths through Penpole Woods. The route we replaced was a lost path that formerly linked the historic upper and lower paths through the woods and the project involved many new steps.

The works are all part of a project in Partnership with Bristol City Council and grant-funded by the Forestry Commission to improve access within the woodland. The steps were one of our priorities and we worked with the Forest of Avon Trust to ensure that they formed part of the original bid. January’s 2-day training course was really well attended and over the two days we had more than 20 KWAG volunteers learn how to put the steps together. Our thanks go to Bristol’s Conservation  Volunteers, the training they gave us, and for some of their own volunteers who came along to help on the Saturday.

Over the following weeks, between January and March, we continued building 64 steps to reinstate the path. This gallery illustrates what we have achieved. 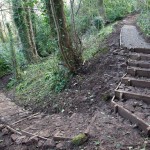 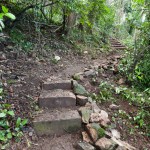 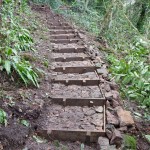 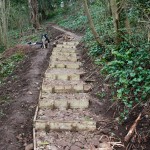 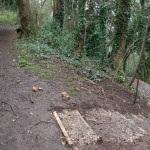 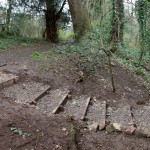 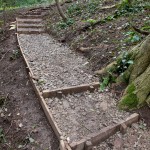 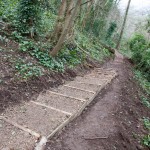 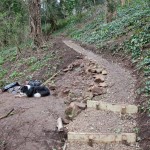 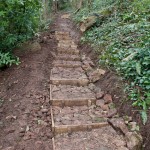 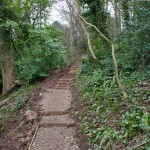 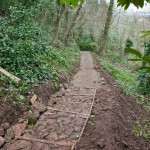 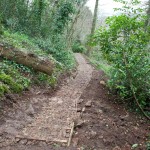 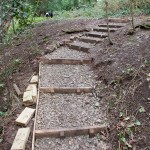