In the early 1990s the Bristol Building Preservation Trust took the Brewhouse and Loggia in hand with the intention of restoring them and finding them a secure future. Both buildings are listed; the Loggia Grade I, and the Brewhouse Grade II*. They are also the work of Sir John Vanbrugh who designed the main house. Both buildings were nearly demolished in the 1970s when they were already in an advanced state of neglect. This model shows two versions of the proposal that was submitted for comment to Bristol City Council planners. It is from their archives that these photos were lent for KWAG to scan.

Notice the reflecting pond in front of the Loggia that was begun, but never completed in the final scheme. The views to the front of this important building would also have been secured had these proposals been implemented in full. 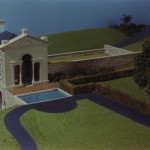 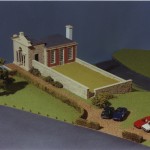 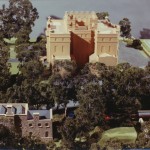 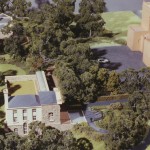 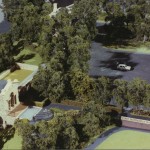 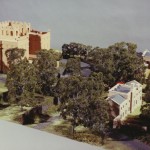 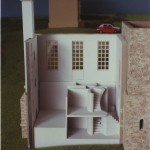 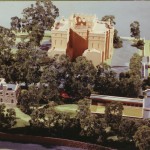 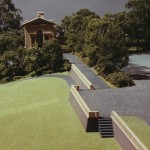 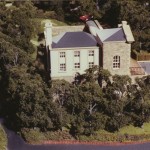 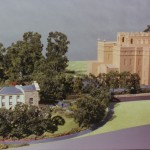