Since 2011 when Tim Denning, KWAG’s co-founder died suddenly, we have been working hard to restore one of the ancient avenues in his memory. The avenue once led the eye to the front of Kings Weston House from an area known as the Circle and gradually disappeared over two centuries, with the last of the lime trees being felled in the early Twentieth Century.

Now, for the first time in two hundred years the full avenue has been returned and the axial view to the front of Kings Weston House partially restored. This project was funded by donations given by Tim’s friends and family as well and generous donations from Bristol Port Co, and from KWAG’s member keen to see the feature restored. 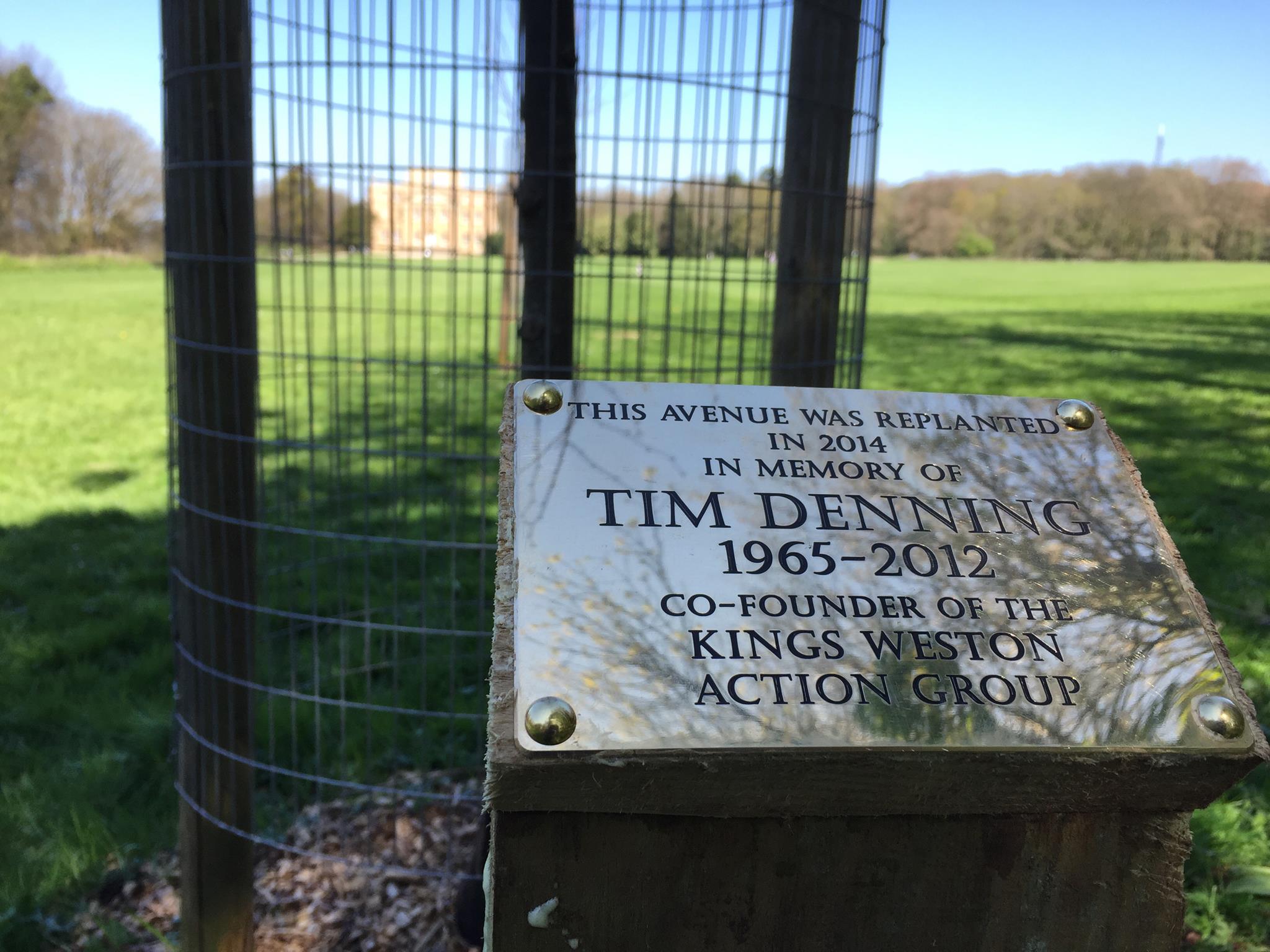