Sir Robert’s son, Edward (1671-1730), continued working on Kings Weston following the death of his father.  He employed the most eminent architect of the day, Sir John Vanbrugh to rebuild the house and set about extending the park and embellishing it with impressive new works and garden buildings. 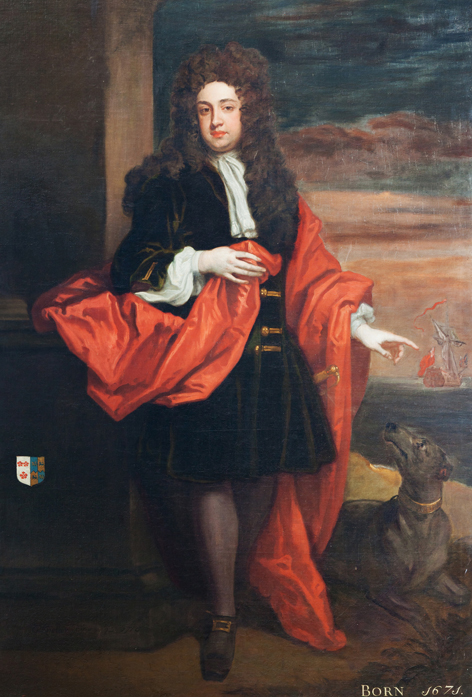 Like his father Edward Southwell was fascinated by science and the arts and was just 19 when he was elected to the Royal Society. Following Sir Robert’s example he was well travelled on the Continent often travelling with the King who appointed to several prestigious positions in court including Clerk of the Crown and Commissioner of the Privy Seal. In 1702, on his father’s death, he inherited Sir Robert’s position as Secretary of State For Ireland along with Kings Weston and the other family estates. 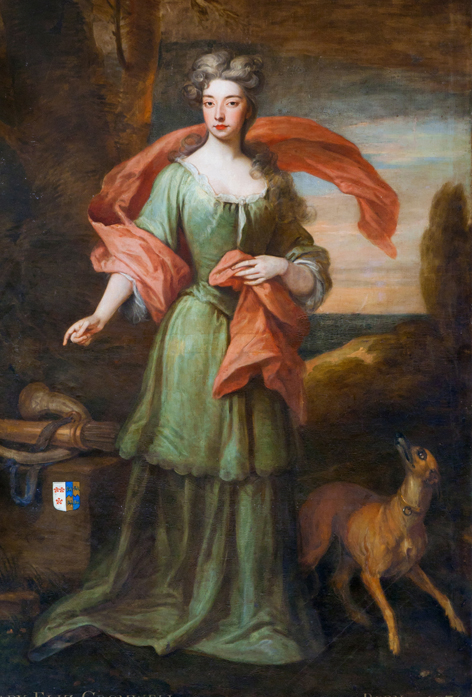 Edward married Elizabeth Cromwell, a wealthy Irish Heiress. She was a striking lady who attracted the attention of many and was, by all accounts, a strong and independent woman. She kept her family surname after marriage which was very unusual at the time, but was known by her friends and family as ‘Betty’. Elizabeth died in childbirth in 1709 leaving Edward a fortune of £35,000 and lucrative estates in Downpatrick, Ireland.

As well as this inheritance Edward had improved the family wealth by financing privateers such as William Dampier who returned from licensed ‘piracy’ voyages with large fortunes to be shared between their investors.

At the time the old Tudor mansion at Kings Weston was old, outdated, and decaying, and certainly not fitting for an ambitious courtier. One description of 1711 called the building ‘crazy’ with decay so something had to be done. 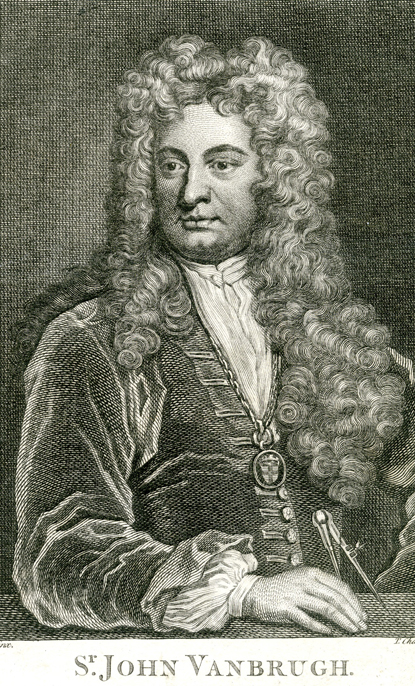 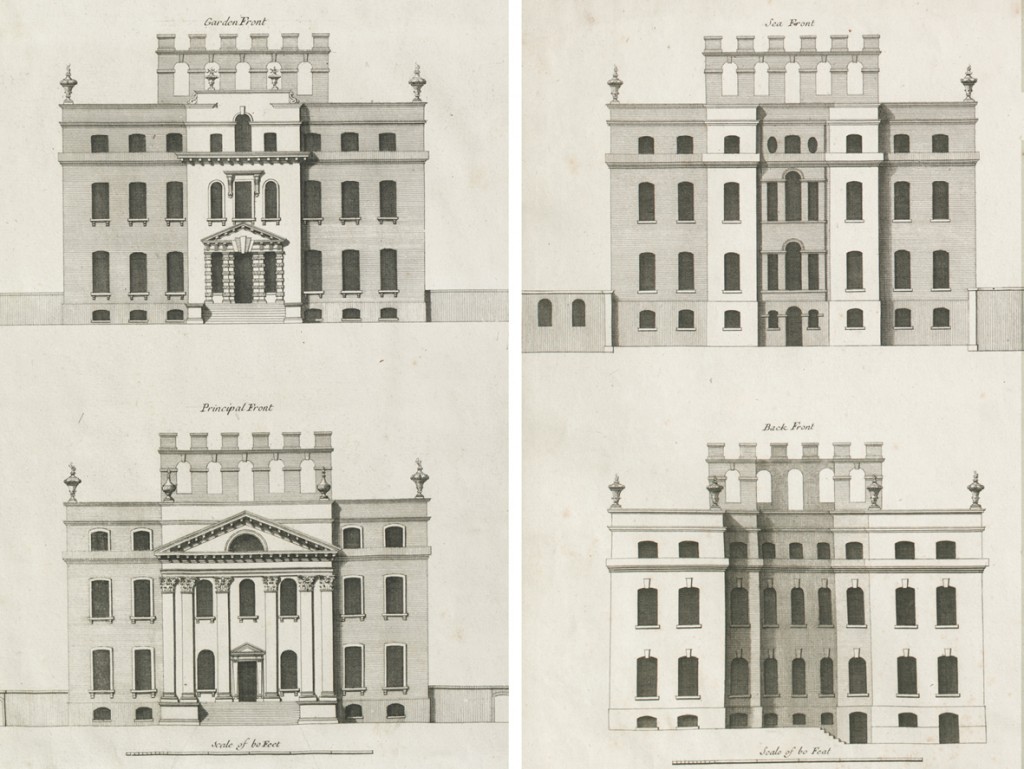 Engravings of all four fronts of Kings Weston House by Mariette. Published in 1724 (Bristol Record Office)

Edward had dabbled in building projects at Kings Weston before, adding a banqueting house and orangery to the gardens, but after the death of his wife his interest turned to rebuilding the old mansion. For this he turned to the architect Sir John Vanbrugh. Vanbrugh was the ‘Comptroller of the Royal works” under Queen Anne and had already impressed the Court with his works at Castle Howard and Blenheim Palace. For Kings Weston Edward was commissioning the most eminent architect of the day and was obviously hoping to impress through his choice.

From Vanbrugh Edward wanted, not a grand palace like the architect’s earlier commissions, but a practical yet imposing family home. Its position overlooking the River Severn was unrivalled and, inspired by the rugged and exposed beauty, Vanbrugh’s imagination set to creating a modern house that shared its spirit with that of an ancient castle. 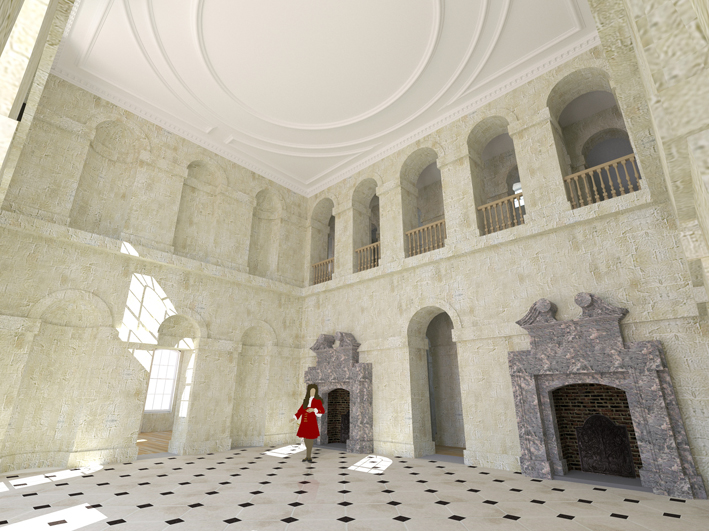 On the 29th April 1712Edward Southwell wrote in his journal at Kings Weston “Upwards of 60 men preparing stones and digging the foundation of the new house”. The first stone of those foundations were laid, probably with some ceremony, on 16th June that year.

The house went up quickly. Already by September the following year the main front was already up to roof level and Vanbrugh was writing to Edward urging him to “make a tryal with boards” as he was anxious to make sure the effect of the chimney arcade was “rightly hit off” . The rooftop arcade was also designed as a viewing platform from where the wide panorama across the Severn could be enjoyed.

The new house probably replaced the old house in phases so the family could continue living at Kings Weston as work was carried out. At last by 1719 the finishing touches were being made to the grand stair hall and the interiors were completed. Although there is little left of Vanbrugh’s interiors there are many drawings held in Bristol Record Office that help us to recreate how it once appeared. 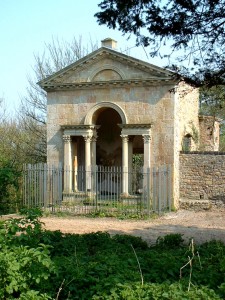 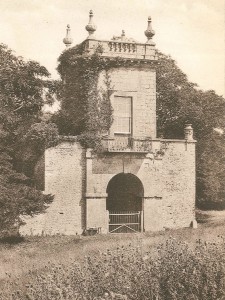 Before the house was finished Southwell and Vanbrugh had already turned their attention to embellishing the grounds. in 1719 The old Banqueting House became the new Billiard Room with the attachment of a new frontage, the Loggia, which turned its entrance 90 degrees to face the park. Ornamenting the distant horizon, on Penpole Point, a new lodge was designed in the form of a gateway, and at the far end of the south-facing garden front the Echo pavilion was built in about 1724 to terminate the view towards Kingsweston Hill.

New service buildings were also constructed between the house and Kings Weston Lane. The long kitchen range Vanbrugh designed has been demolished, but the Brewhouse of c.1719,  also incorporating a bake house, remains today. Other buildings on Kings Weston Lane may also be by Vanbrugh. Major works were planned around the house including the Great Court, a formal walled courtyard in front of the house, that was originally intended to have a fortified, gated, entrance.

Already in 1713 Vanbrugh had already hit on the idea of forming a massive terrace that would stretch out across the hillside overlooking the Severn and provide an elevated promenade connecting with Woodland Gardens in Penpole Wood. This was duly built remained a colossal feature until it was removed in the later Eighteenth Century. It would have added to the ‘castle air’ of Kings Weston when viewed from the ships arriving at the Mouth of the Avon and the whole composition would have created an imposing gateway to Bristol from the sea.

View from the Loggia towards Penpole Point, circa 1765, by an unknown artist. (Sir John Soane’s Museum)

Edward’s father had prudently started buying land around Kings Weston and Edward was able to extend the landscaped parkland around the house to the south as far as the River Avon. This part of the landscape, now known as Shirehampton Park, was incorporated into the grounds and plans drawn up for fashionable garden features. To help bond the old and new parts of the park together a large portion of Kingsweston Hill behind the Echo was removed, creating a viewing terrace in the process.

Overlooking the extension of the park was Kingsweston Inn, another of Vanbrugh’s designs (now heavily altered) that would cater for visitors to the estate for over a century. Now visitors could enjoy both the uninterrupted views across the Severn to the north, and panoramic views across the winding Avon towards Bristol and Somerset. The stage was set for Kings Weston to become a nationally celebrated estate.