Throughout the Nineteenth Century Kings Weston continued as a private home, but with a new family of owners. With the onslaught of the Industrial Revolution the character of the landscape beyond the park began to change, and it was none other than the owners of the estate behind it. 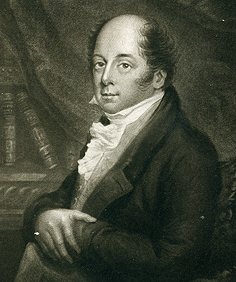 Kings Weston was bought in 1834 by new owners, the Miles family. Philip Miles already owned Leigh Court on the other side of the River Avon and had lavished huge sums on building the palatial Regency mansion there. After the death of his first wife, with whom he had five children, in 1813 he married a second time to Clarissa Peach and by 1834 they had eleven children of their own! Philip resolved to provide his new family with their own inheritance by buying Kings Weston.

The Miles family were extremely wealthy for the era. When he died Philip was Bristol’s first recorded millionaire and had amassed a large and important collection of artworks. The family’s wealth had been built on shipping and banking, but they also had heavy involvement in the ‘triangular’ slave trade and, until the abolition of slavery in 1833, had extensive plantations in Trinidad and Jamaica. 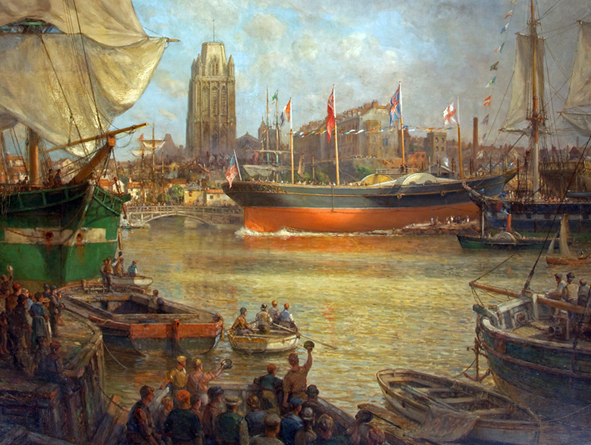 The Launch of the SS Great Western, 1837

When they purchased Kings Weston members of the Miles family were already very influential members of  Bristol society. Philip Miles was briefly MP for the city and the family held several positions in the Council and on the Docks Committee. As the Industrial Revolution gained pace they diversified their business interests becoming perhaps classic examples of Victorian Industrialists. They founded and financed many new businesses including the Great Western Cotton works in Barton Hill, invested heavily in Brunel’s new Great Western Railway, and perhaps most importantly, they were principle directors and investors in the Great Western Steamship Co. This company built both of Brunel’s transatlantic ships, the SS Great Western and the SS Great Britain, and as the wife of a principle director Clarissa Miles was invited to launch both vessels. It was the Miles’s too who promoted and financed the Royal Western Hotel, now Brunel House, designed as a vital link in a transport network linking London with New York. Kings Weston can perhaps justly lay claim to being the Great Western estate! 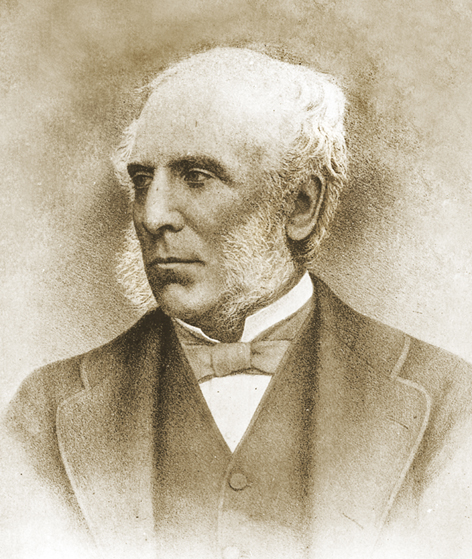 Philip’s first son by Clarissa, Philip Skinner Miles, was born in 1816. He joined the family businesses and in 1837, at the relatively young age of 21, was elected MP for Bristol. After his father’s death in 1845 Skinner Miles continued the tradition of industrial entrepreneurship conceiving of a new dock for Bristol to be located at the mouth of the Avon. This would avoid the treacherous bends of the river for the increasingly large vessels that wanted to trade with the city. What was to become Avonmouth dock was to be built on the low marshland stretching along the boundary of the Kings Weston estate. 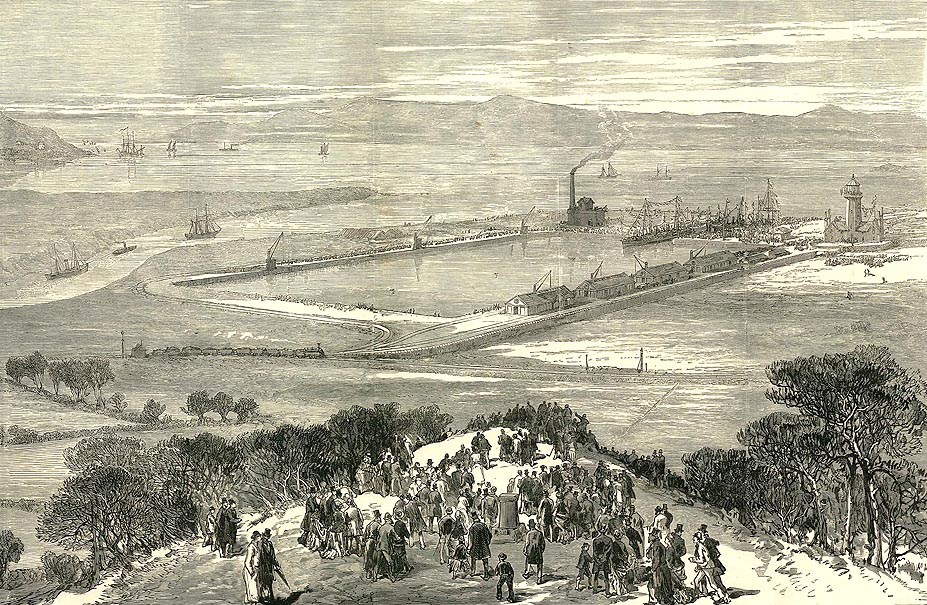 The opening of Avonmouth Dock viewed from Penpole Point, 1877

To link the proposed new dock to the city Skinner Miles planned the Port and Pier Railway which opened in 1865, a full twelve years before the dock actually opened. Until then it served a pier , designed so the steam packets to Ireland could dock, and a hotel for their passengers. When the dock did eventually open there was a huge celebratory bonfire set up on Penpole point.

It is ironic that these innovations were also the beginning of the decline of the Kings Weston estate. The new dock would become an industrial landscape that would blight the once-famous views from the house, and the new railway passed right through Shirehampton Park, cutting it off from the banks of the Avon.

Changes at the house 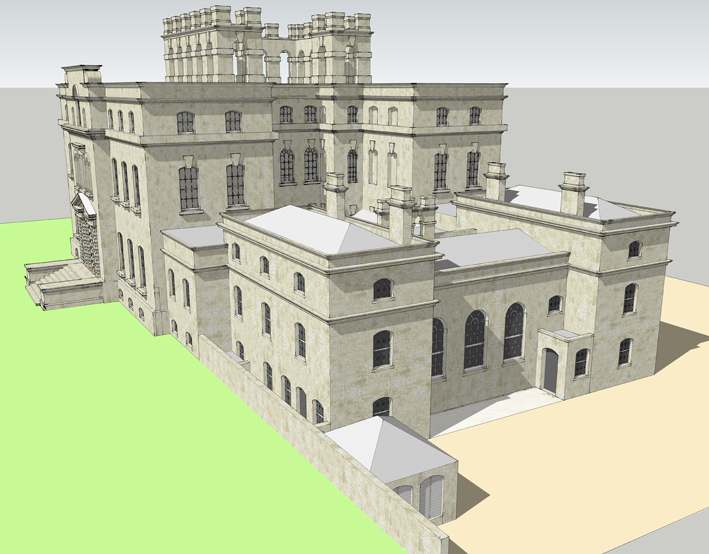 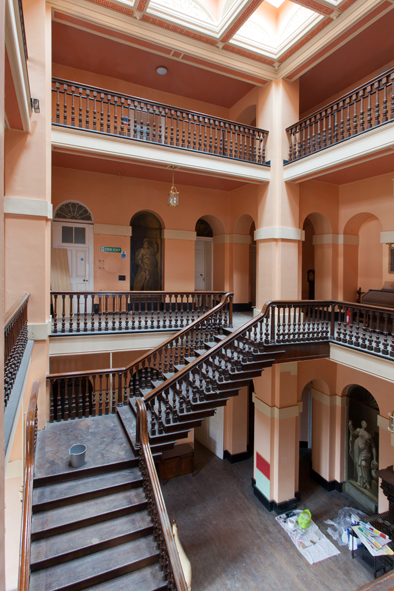 The Stair Hall, remodelled in the 1840’s

The Miles family made major changes to Kings Weston House shortly after they moved in. They employed the architect Thomas Hopper, who had previously designed Leigh Court for them, to build a large new kitchen wing on the back of the house. At the same time there were drastic alterations undertaken inside the house where Vanbrugh’s old stair hall was opened-out and new galleries supported on modern cast iron beams replacing the old stone arcades. A new glazed roof was introduced and the outer wall of  the rear of the house moved outwards. It was at this time that the old staircase was suspended from the gallery with a thick iron rod.

The family also left their mark on the parkland, but in a far less substantial way. Although they reintroduced some formal features, such as the present terrace overlooking the Severn, most of their contribution was limited to planting.  they planted large numbers of new trees in the grounds and replaced many more that had become elderly or died. They appear to have shared the Victorian passion for newly-introduced evergreens and today you can still find Giant Redwood, Coastal Redwood, and many cypress trees they planted scattered through the grounds. 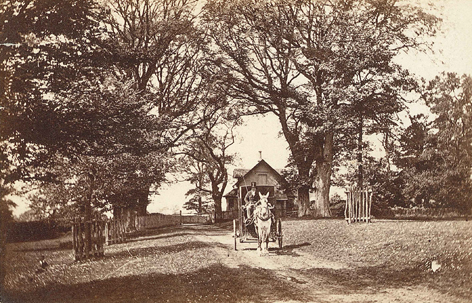 Unlike the Southwell family before them the Miles’s made the house and gardens immediately around it private, though Shirehampton Park, Kingsweston Hill and Penpole point remained open. The landscape continued to offer a popular rural retreat for local outings, but the national fame of the estate dwindled slowly. With the coming of the railways and the rise in popularity of seaside excursions Kings Weston gradually slipped out of national conciousness and the park settled into more genteel times.

Skinner Miles encouraged sport as a healthy pastime for his tenants and the Shirehampton Cricket club was founded in 1858. It continues to play in the park today. In 1854 he set-up a horticultural society for his tenants and local residents of Shirehampton and Kings Weston with the hope that it might encourage them to take a keen interest in gardening.  An annual show became a regular event at Kings Weston. The inaugural show was reported in the local paper: 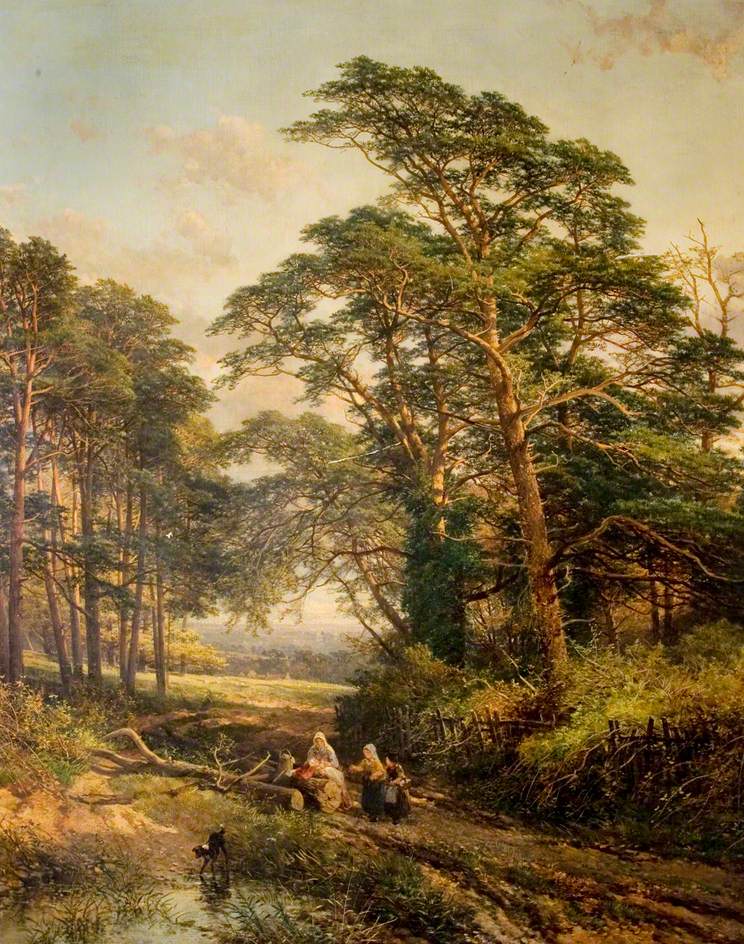 “A capacious tent, which by the kind permission of P. W. S. Miles Esq had been erected in Kingsweston Park. Great pains had been taken by the committee to impart a gala character to the proceeding. Across the fine avenue of trees which skirt the carriage drive to  Kingsweston house, lines of flags had been placed and there was an arch spanning the road inscribed “Success to the Shirehampton Horticultural Society”. The day proved exceedingly fine , but hot. The majestic trees of the park however afforded pleasant shelter and numbers were to be seen luxuriating beneath their wide-spread branches and gazing on the beautiful scenery around…. Among the amateur contributions a collection from the conservatory of Mr Miles was conspicuous…. A German band was in attendance during the day and played a number of waltzes, quadrilles, marches and other popular compositions”

3 thoughts on “The Victorian Era, the Miles Family”