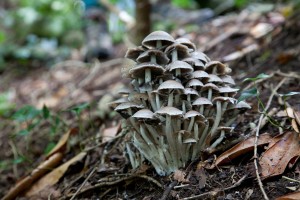 The ancient woodlands of Penpole are home to many species of plants and animals. The north facing slopes mean this wood is colder and damper, making it an ideal place for mosses and fungi. In autumn, a bright splash of scarlet in the leaf litter might reveal a patch of Scarlet Elf Cups.  You may find Stump Puffballs around the decaying tree stumps, and in late winter, fallen trunks are often the home for the strange Jelly Ear fungus. Old beech trees may be home to the Artists Fungus, striking bracket fungus which leaves a brown stain when marked! 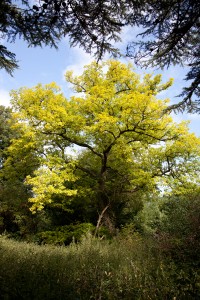 Hidden away from the main paths, the Quarry Garden is a quiet refuge, full of plants like the Harts Tongue Fern and wild honeysuckle. The rare Bristol Rock Cress grows in Bristol and no where else in the world. It used to grow in Penpole Wood – and still might!  Check the rocky outcrops in the wood and you may be the one to rediscover it here!

Following our Tree Trail through Penpole will lead you to many beautiful specimens including a giant Coast Redwood, and the only White Oak in Bristol.

Many wild creatures live in the woodland.  Look out for trails through the undergrowth. Badgers have made their home here for many years. An early or late visit may reward you with a glimpse – or the noise of snuffling in the undergrowth, as they forage for food!  The badgers share their habitat with foxes, which can sometimes be seen at dusk, as they cross the woodland paths. 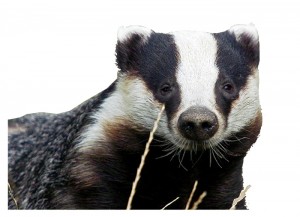 Stop a moment and look up into the canopy of one of the many yew trees. These provide a great habitat for goldcrests, our smallest bird.  Penpole’s broadleaved trees are home to great spotted woodpeckers. Listen for them ‘drumming’ for insects from late January to June. Watch for jays burying acorns on the open grassland at Penpole Point.