Yesterday’s working party saw a great turnout of about a dozen volunteers. The weather was much kinder than it was forecast to be and we made huge progress in opening up the area between Penpole Lodge and the Stone dial further up the Point. We managed to clear the whole of the first  area we had planned to tackle and we are on schedule to complete our project in March as planned.

so far the 8ft ‘hedge’ of brambles has been brought down and dozens of small saplings removed. It is now possible to see the ruins of the estate wall that  connects to the ruins of Penpole Lodge. It’s also now possible to get glimpses of viewws beyond the trees as far as the Severn Crossing!

Thanks to everyone who came along and took part. More photos will be available soon showing just what an impact we have made, but in the meantime just one shot of the team taking a breather at yesterday’s operations. 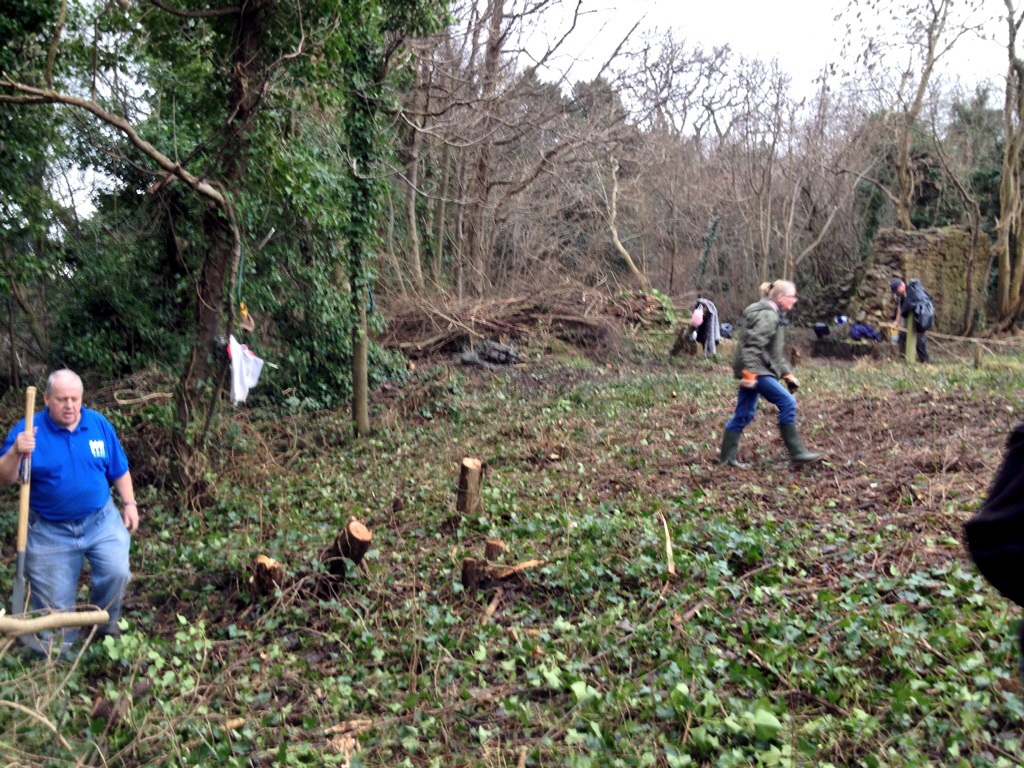