Robert Mylne is a significant, but less well known, figure of Eighteenth Century architecture. Long overshadowed by his contemporary and fellow Scotsman, Robert Adam, he was no less skilled as a designer. He studied extensively in Rome under the architect Giovanni Battista Piranesi, and when he returned to England in 1759 he quickly entered, and won, a competition for a new bridge at Blackfriars, London, one of the most prestigious and high profile projects of the age. 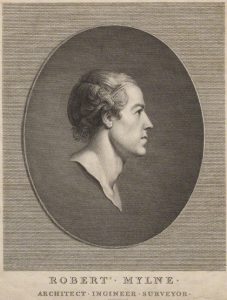 A recent research visit to the collections of the Royal Institute of British Architects at the V&A has brought new depth to our understanding of what the two men achieved at Kings Weston. Although Mylne’s diaries have been published before there have been many significant omissions.

We now know that Mylne first arrived at Kings Weston, at Southwell’s invite, On April 30th 1763. He stayed for eleven days, during which time he no doubt he discussed his client’s ambitions at length, and made initial surveys and proposals for the house and grounds. He returned to London with Southwell and began work.

First amongst Mylne’s works were the walled garden and stables. The following year he moved onto the house itself and the interiors; The Eating parlour, Drawing Room, the building of the bay window overlooking the Severn, and the Saloon (picture gallery) and other interiors were all tackled over the following five years.

Amongst the inexplicably overlooked diary entries is one that now confirms the stone pedestal in the Echo as Mylne’s work. On March 20th 1766 he wrote “Made out a drawing for a pedestal to a statue for Mr Southwell and ditto at large. To be charged by the workman’s bill.” The following day, no doubt with the instruction of his client Mylne ordered the pedestal to be executed. 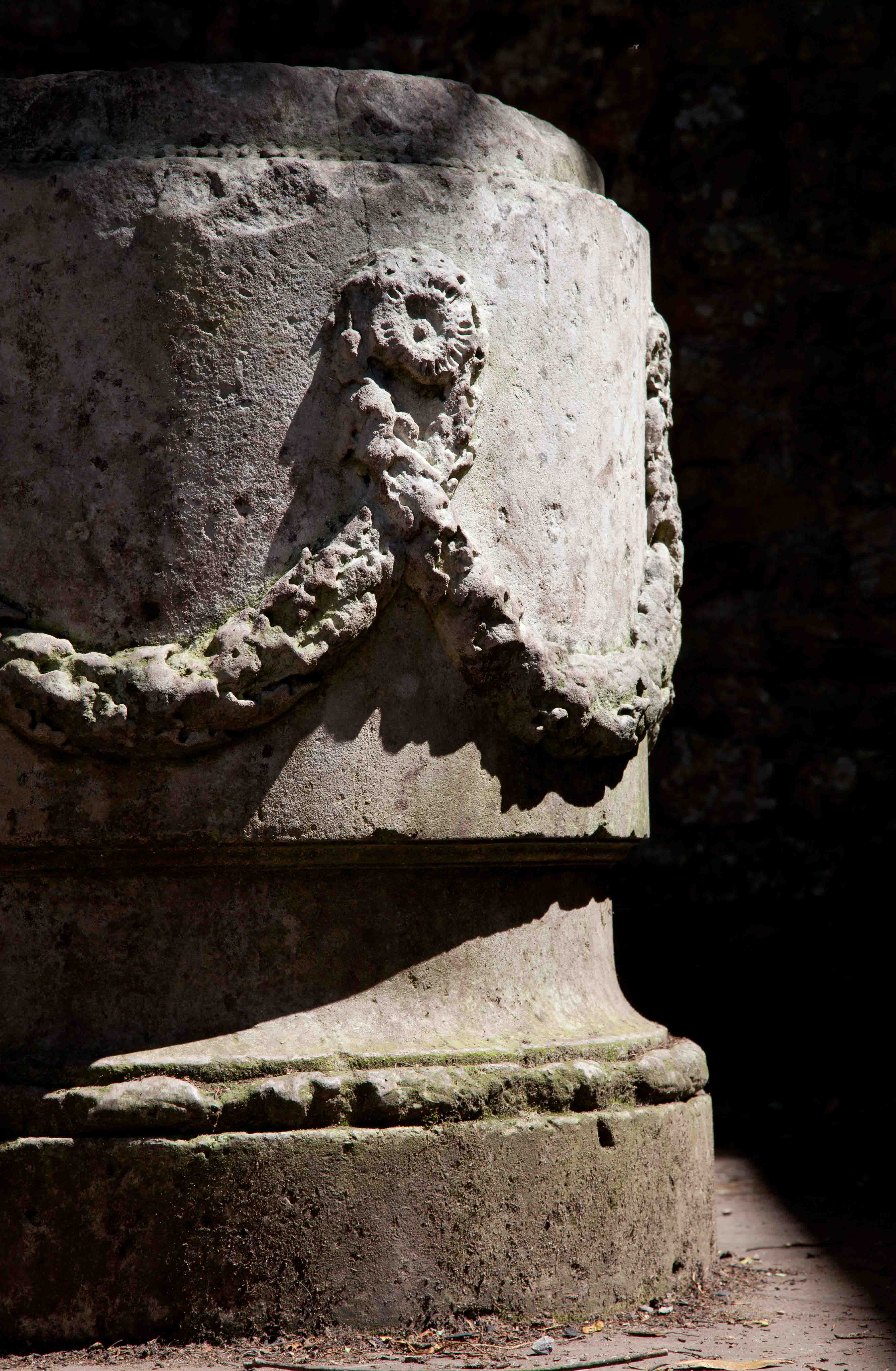 The statue is believed to have been collected by Southwell on his Continental tour, but Mylne’s pedestal is a work of art in its own right. Carved from a single piece of Portland Stone the design illustrates the architect’s knowledge of the latest understanding of classical architecture. The round cylinder-shaped pedestal takes the form of an ancient Greek altars. Carved in high relief on the simple drum are swags of leaves draped from simple rosettes; oak leaves are associated with the highest gods in the Greek pantheon, but also have a more general sacred symbolism.

Our recent trip has also identified regular payments made by Southwell for Mylne’s work. During the most active periods Southwell was paying £100 per annum to his architect. Between 1764 and 1770 payments in excess of £450 were transferred to Mylne, a figure excluding the cost of many other individual drawings considered extra to their original agreement. These substantial sums perhaps reflect the skill of the architect, and responsibility of his position; the annual wage of Southwell’s senior footman was just £16 16s a year. 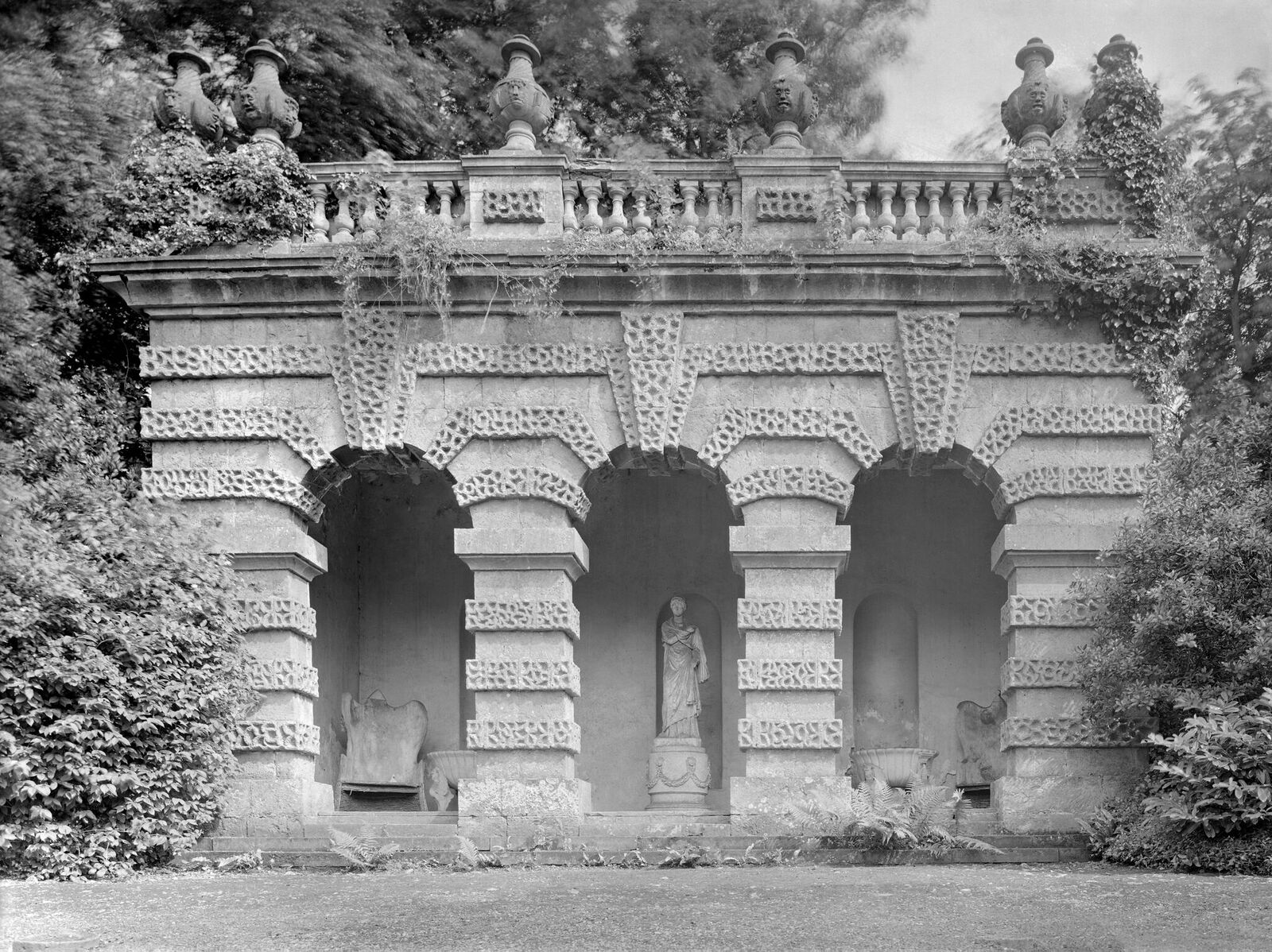