This month’s plea for support against ill-conceived planning applications is not the first time the community have come together to save the parkland from development; And back in 1977 it was just such a proposal that was the catalyst in forming our predecessor: The Kingsweston Preservation Society. 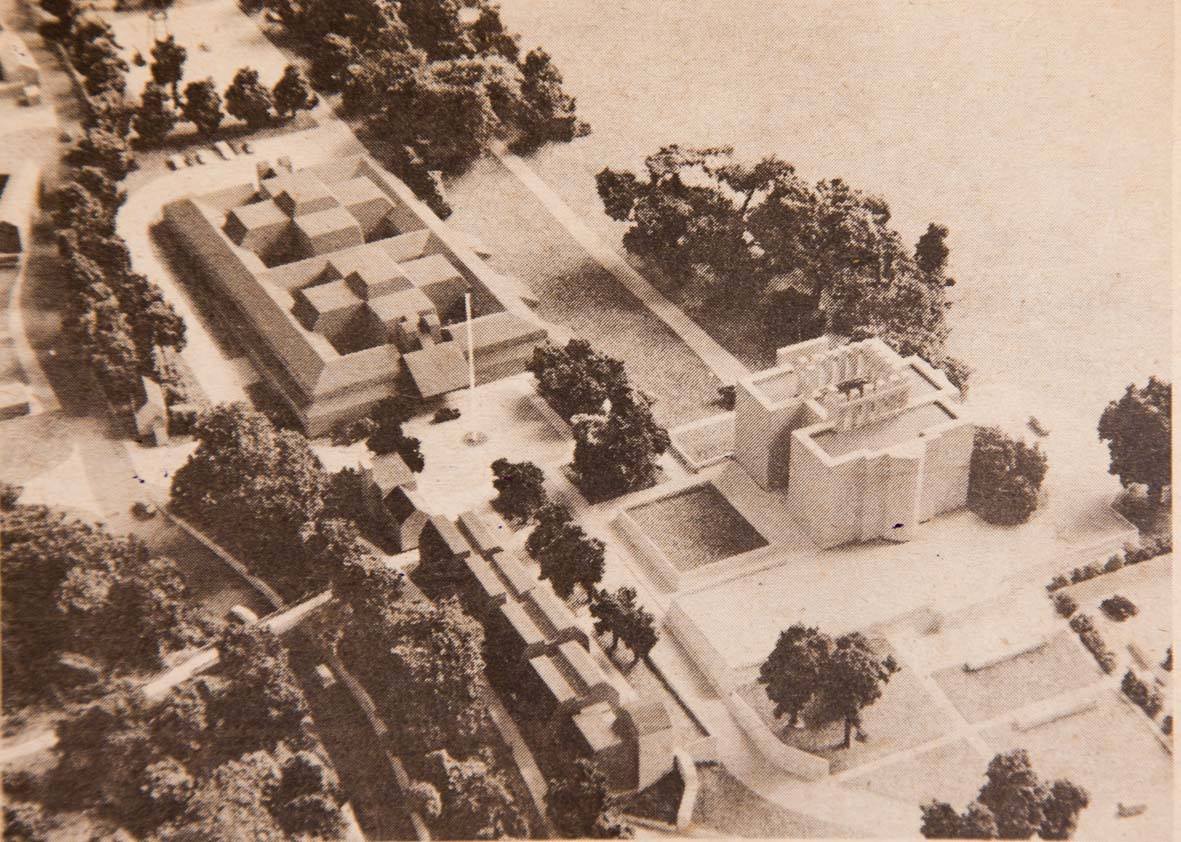 During the 1970s the house and Home Park were owned and maintained by Avon and Somerset Constabulary. They ran police training facilities in the house, but, in 1977, formed plans to build a huge new force headquarters within the grounds. Avon County architect Martin Kennington was commissioned to design a large office block which would sit along the north side of the Echo Walk and fill a space more than seven times larger than Vanbrugh’s historic masterpiece.

New houses would be laid out between Vanbrugh’s Brewery and Banqueting House loggia, and the meadows below the house terraced and tarmacked to form extensive car parking. Plans later developed to include a vehicle garage and maintenance depot around the Circle on the edge of Penpole Wood, and a tall new Police Radio transmitter close to the Echo. 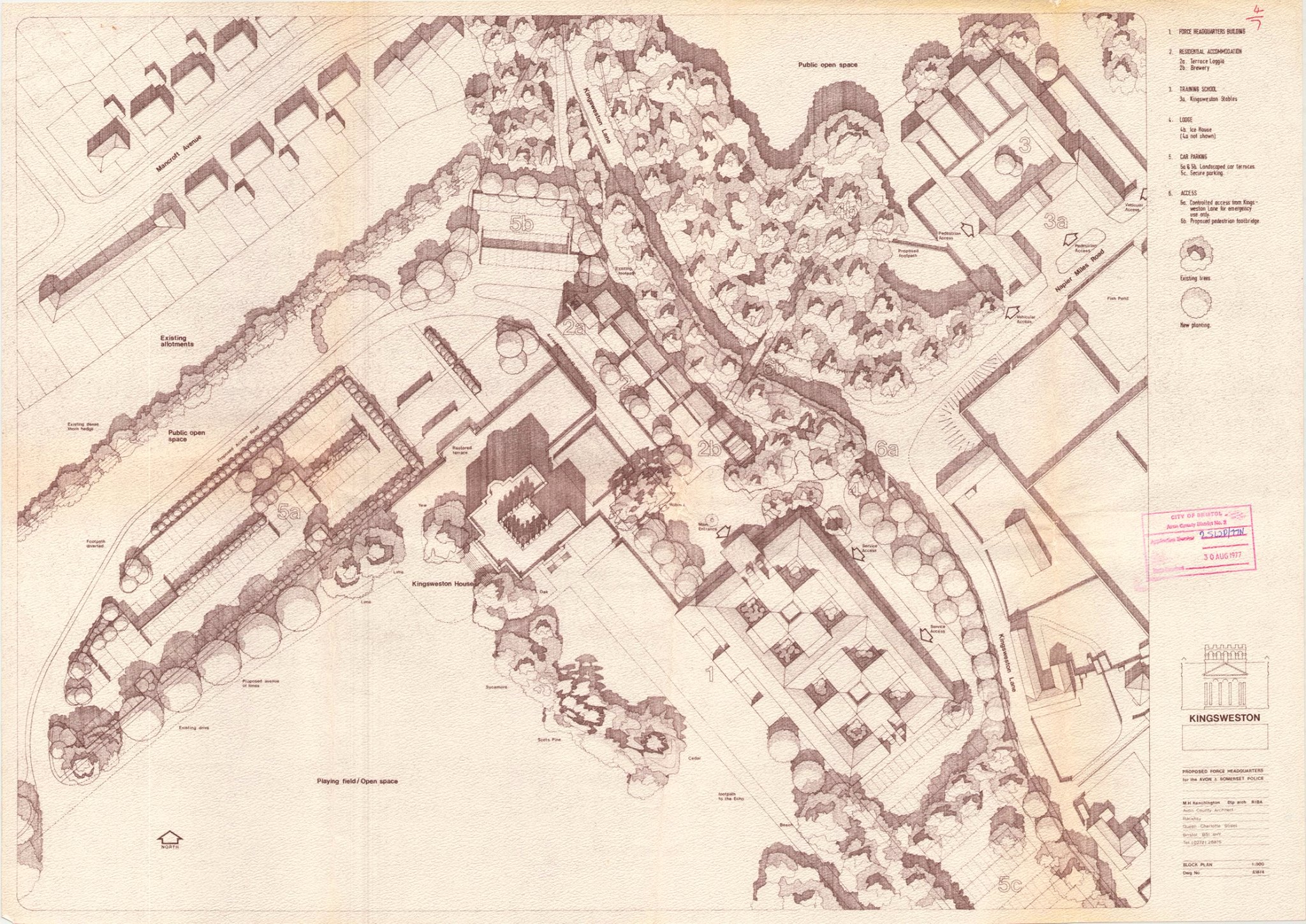 1977 plan showing how the site was to be developed (main office block on east of Echo Walk).

Following publication of the plans, and a public meeting in January 1978, many local residents were horrified. They quickly grouped together and formed the Kingsweston Preservation Group who fought a coordinated attack against the proposals. Many of the posters and leaflets produced by the society are collected within the Bristol Record Office (Now Bristol Archives) and offer a hint of the ferocity of opposition. 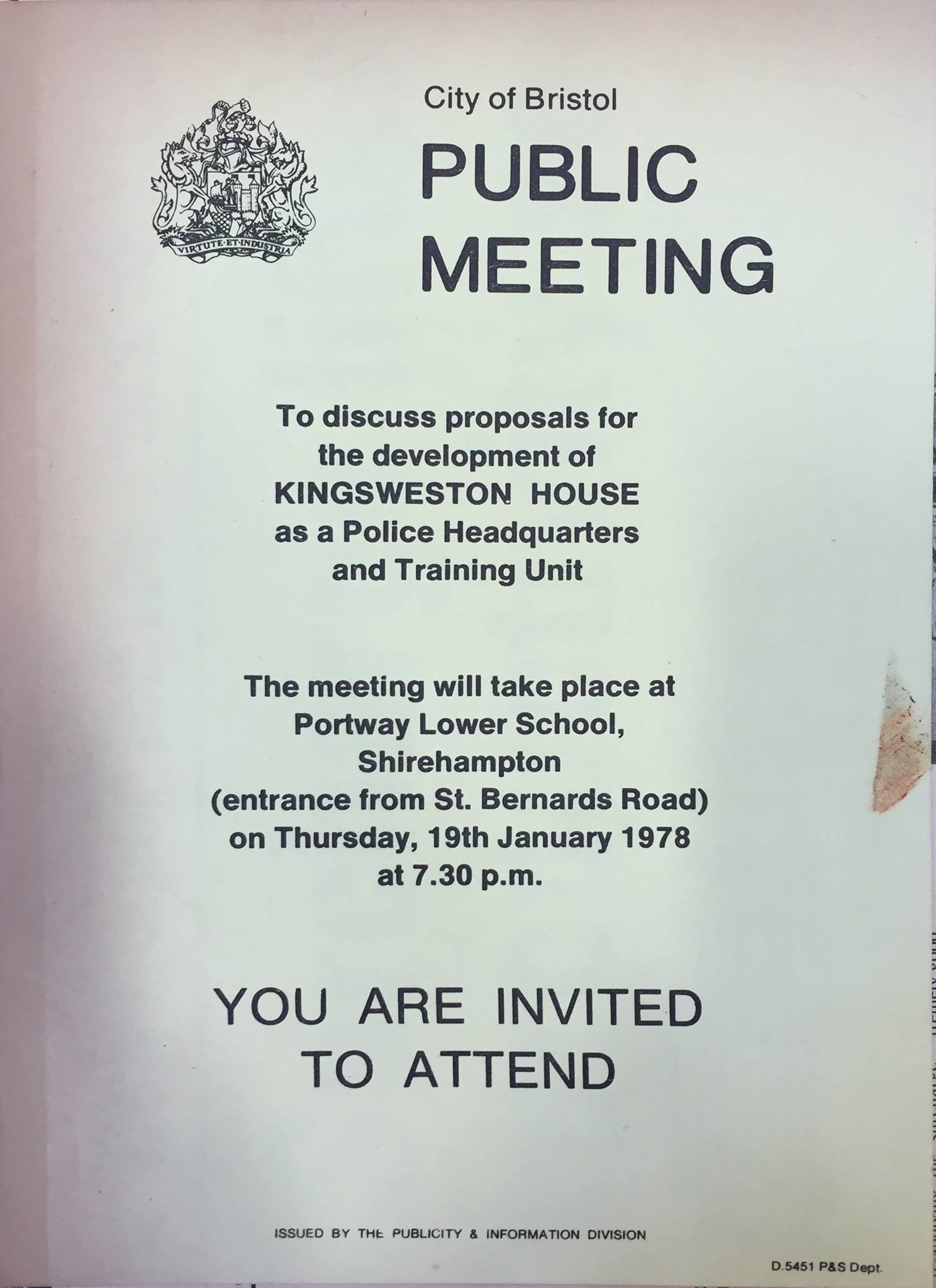 Eventually, in the face of intense public opposition, and concerns from Avon County Council about the negative impact of the buildings on the historic house, the park, and on traffic the application was refused by town planners.

Police use continued at the house until 1994, but with their ambitious proposals for the grounds thwarted, alternative locations were sought for their new headquarters. Kings Weston was extremely fortunate at the time that the local community rallied behind its park, and understood the importance of the house and environment. The Kingsweston Preservation Society also thrived, and continued work promoting and protecting the estate before finally ebbing out of existence by about 2003. 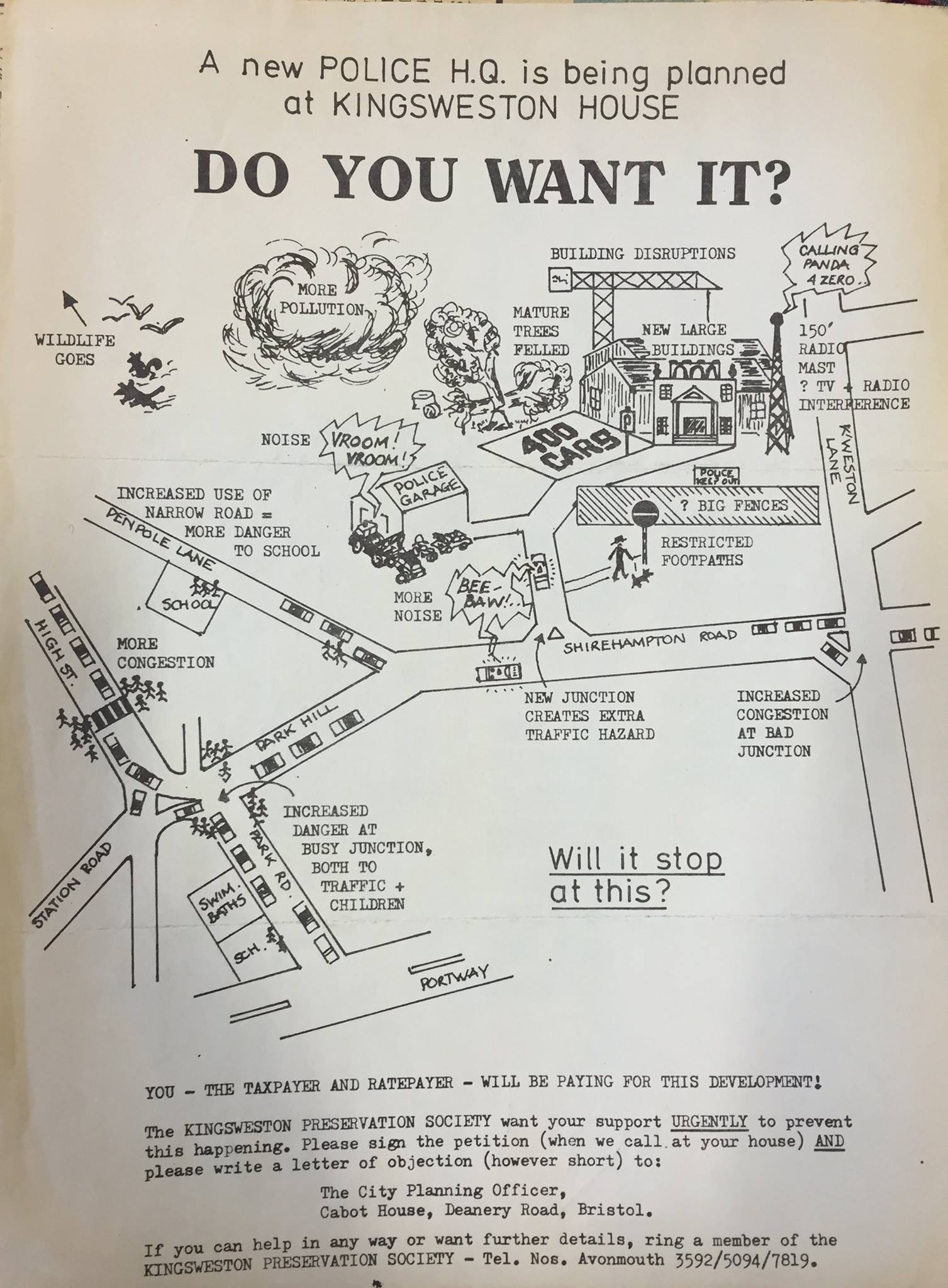 We are fortunate that assaults on historic buildings, landscapes, and parks, that continued throughout the 70s and 80s, are now far rarer. Since then national and local planning policies have evolved to better protect our built and natural heritage. Although Kings Weston House was Listed in the 1950s the park remained largely unprotected until the creation of the Kings Weston and Westbury on Trym Conservation Area in 1981. 300 acres of the remaining parkland were entered on the ‘Register of Historic Parks and Gardens of special historic interest in England’ in 1987, giving it greater protection at a national level, and, most recently, the adoption of the Conservation Management Plan by the City Council in 2014 is also a relevant consideration in planning deliberations.

Without that group of committed locals and supporters forty years ago its difficult to know what condition the estate would be in today. Thanks to their vocal opposition we are able to build on their legacy today, metaphorically rather than literally of course!