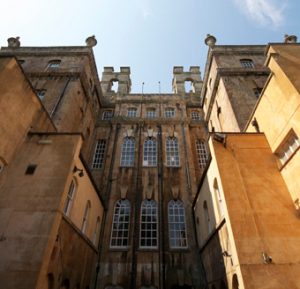 Many people’s first impression of Kings Weston house is marred by the slightly mangled and despoiled rear of the building. There have been some real improvements recently under Norman Routledge, but it’s a far cry from the original intentions of the architect Sir John Vanbrugh who designed the house with four individual facades of near-equal importance. We are fortunate that there are a wealth of estate maps, and drawings for the Kings Weston estate, but with so many differing styles, scales and detail it’s sometimes difficult to interpret how the setting of the house once appeared.

Recent research and interpretation of this forgotten side, the “Back Front” as it was built, has revealed how this part of the estate has evolved. A new set of reconstruction images, presented here for the first time, seeks to show how this are developed over time. Click on  each image to view it at larger size.

When Sir Robert Southwell bought Kings Weston in 1679 it was centered on a late Tudor mansion, in front of which were formal open courts and scattered service buildings. By 1710 his son, Edward, had ornamented the grounds with a brick-faced banqueting house and a long raised terrace, perhaps for bowling. 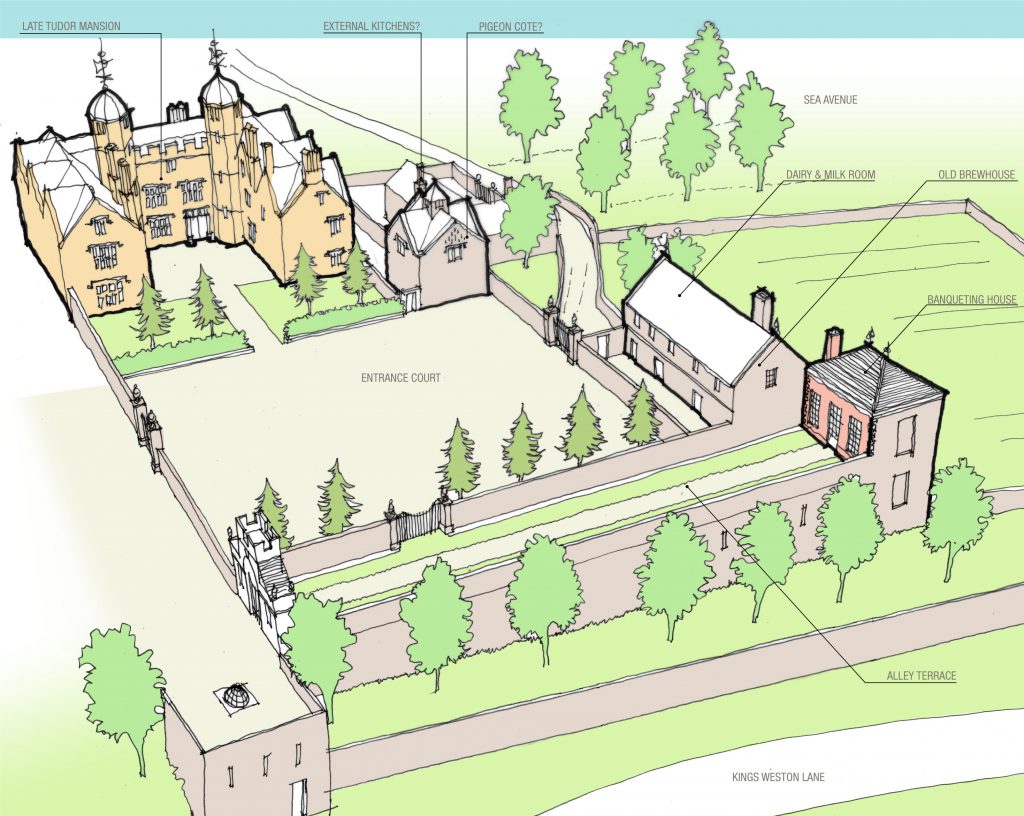 By 1720 Vanbrugh had completed the new house and with Edward they’d added new kitchens, brewhouse and a huge new terrace overlooking the Severn terminated by an ornamental loggia attached to the side of the Banqueting House. A pond and fountain were added symmetrical to the “Back Front” 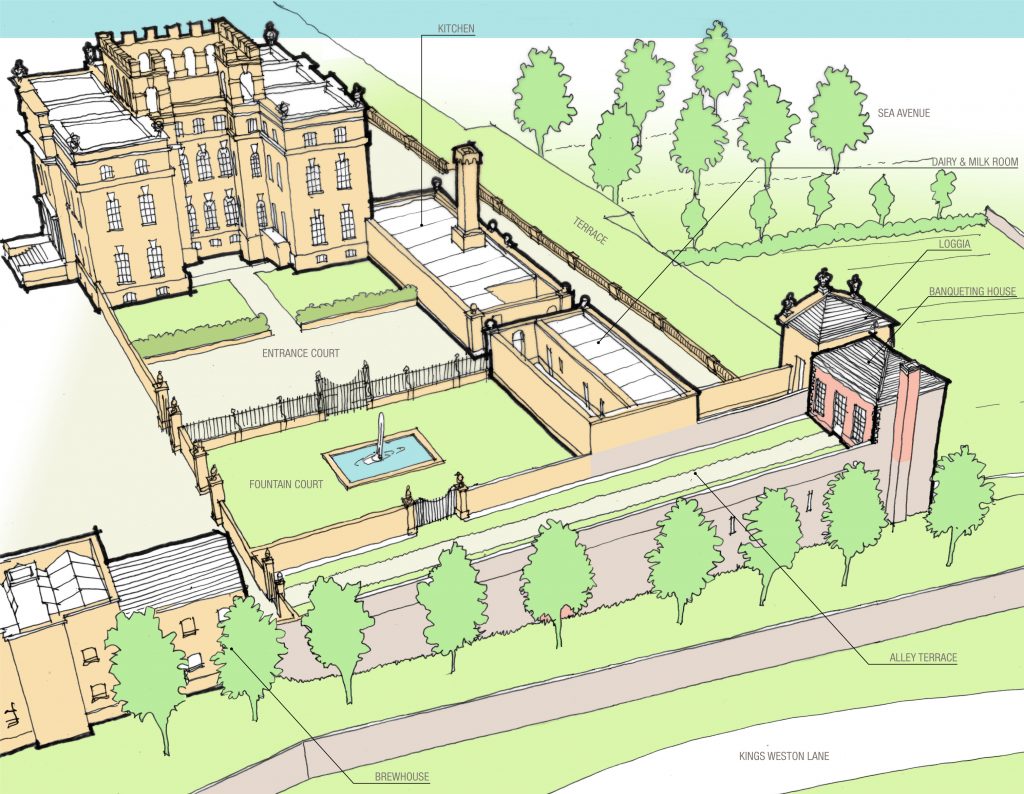 Edward Southwell III had deformalised the gardens by 1772. A new kitchen range closed off the back of the house for the first time and a service court was created. This, and its access drive, cut through the old Banqueting House terrace. An ice house was sited to take advantage of the shade below the bank down to Kingsweston Lane. 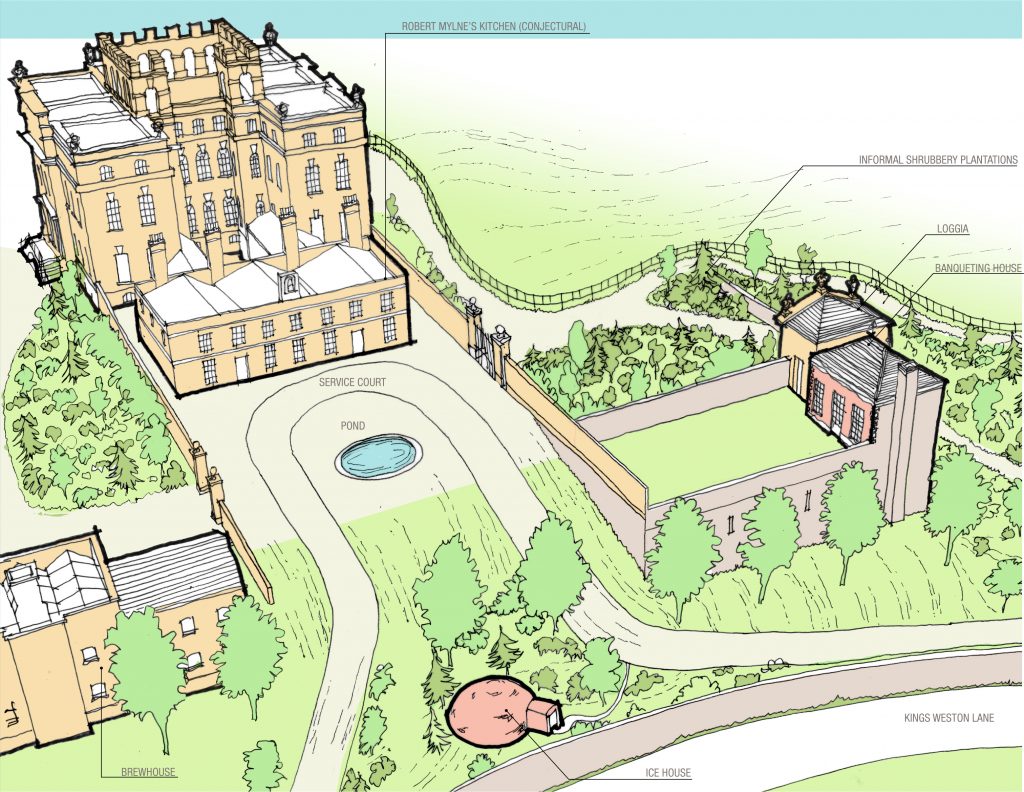 The Victorian era saw substantial changes under the Miles family. A large replacement  kitchen block was added in the 1840s and the former Banqueting House was reused as a laundry and wash house. The remnants of the terrace was a drying yard. An ash tip was hidden out of site behind a timber fence and yew hedge. 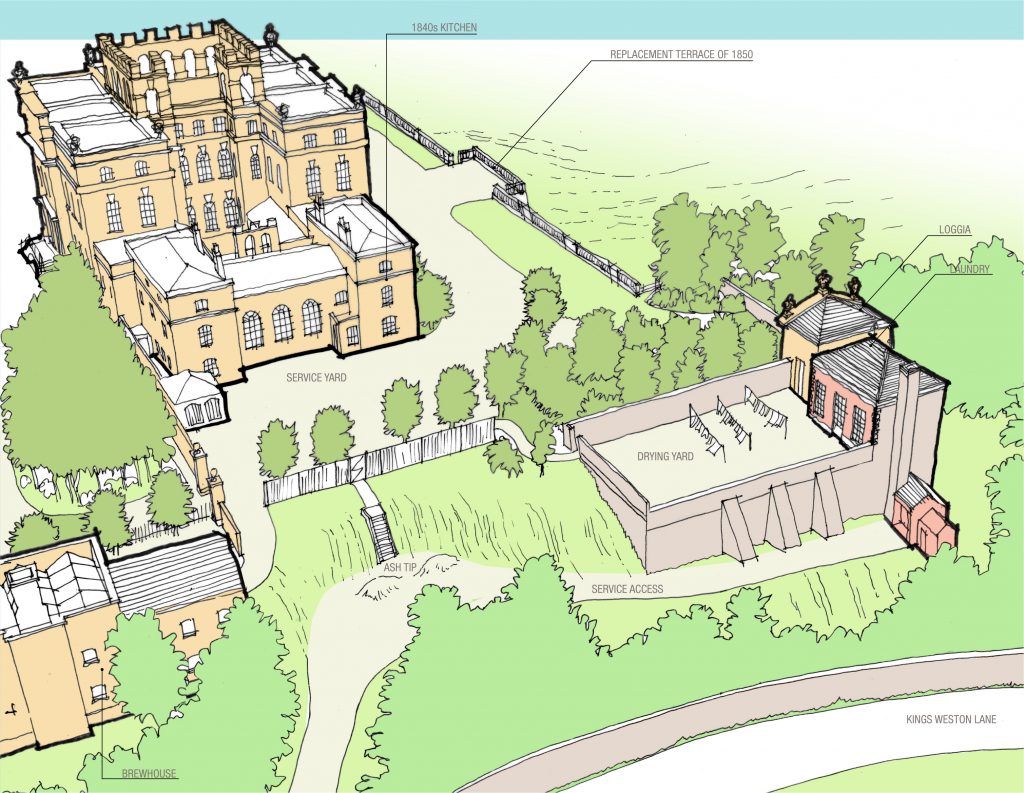 The kitchens were demolished in 1938/9 before plans to turn the house into a school faltered in WWII. After the war the estate entered institutional use, and the gardens and buildings were neglected and went to ruin. By 1980 the back of the building was in use as a car park, and little sense of the historic setting remained. 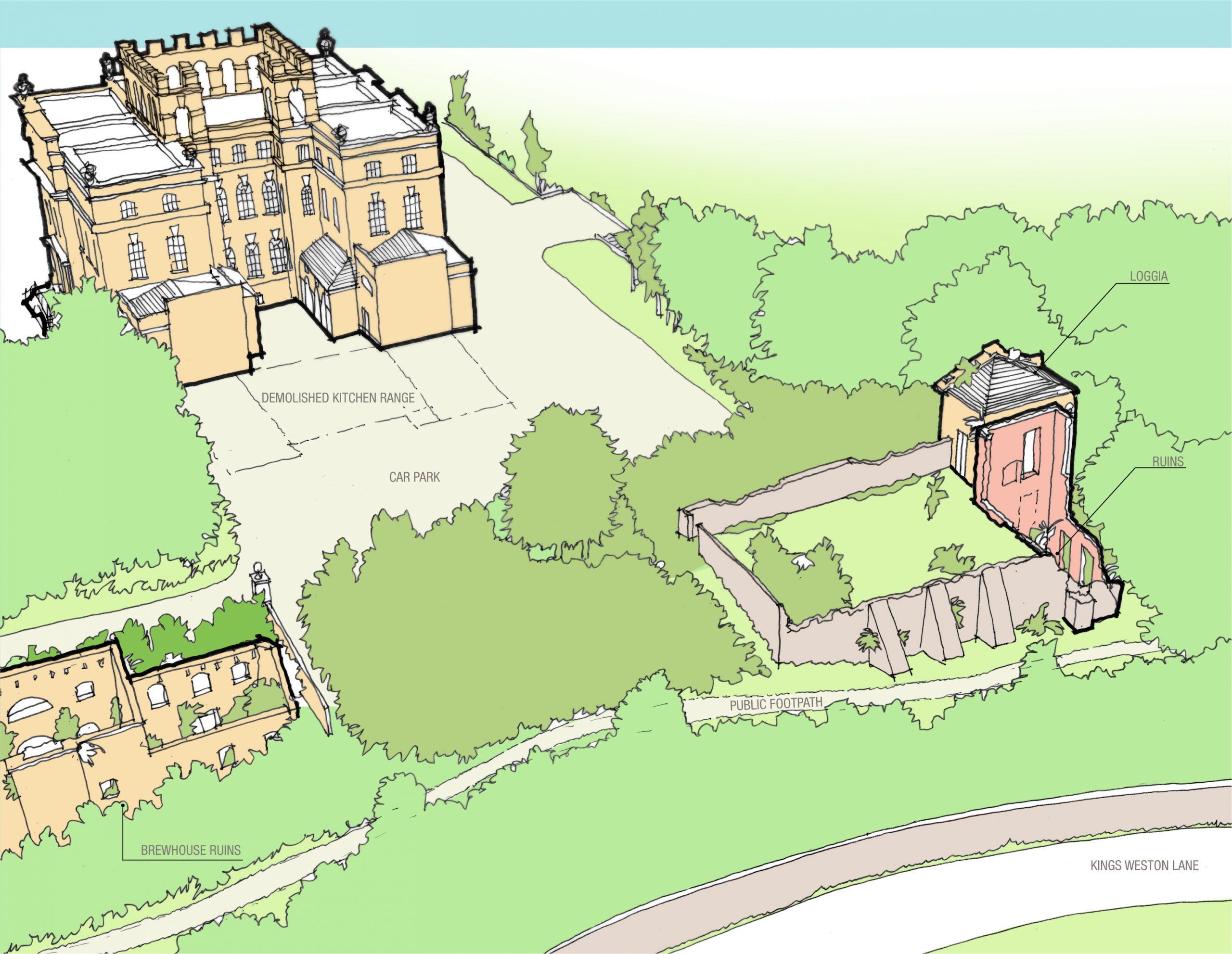