As with our work last year, this winter’s work in clearing the laurels has caused a little concern with regular park users. However it is key to understand how the problem has arisen in the first place. 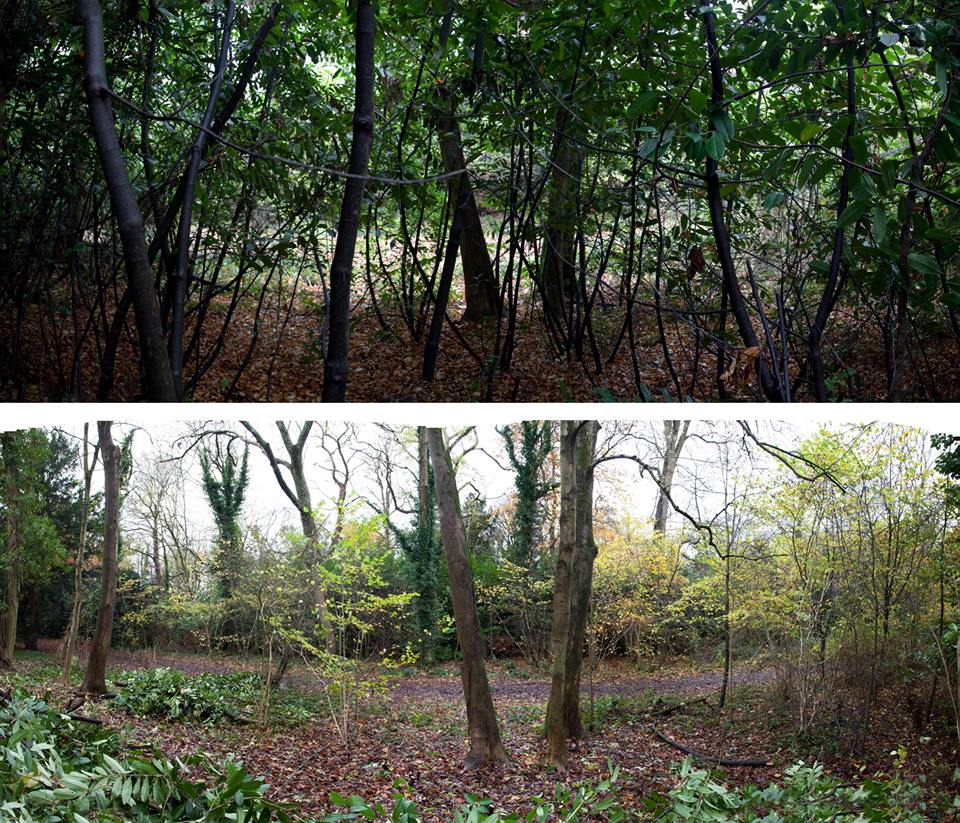 Throughout the Seventeenth and Eighteenth Centuries the Southwell family who owned the estate sought to enhance the promenades and avenues. They sought not only to demonstrate their mastery over nature, and impress visitors with the latest imported trees and shrubs. To enliven the walks in the winter months they sought to introduce verdant colour through the planting of evergreen shrubs as an understorey. As with the selection of exotic tree species they planted both native and imported varieties, and the legacy of what they placed in the ground is very much with us today. Although the laurel now dominates this is the perfect time of year to identify more of the evergreen species that lend colour to the winter landscape and help us understand the design and layout of earlier ornamental planting schemes. 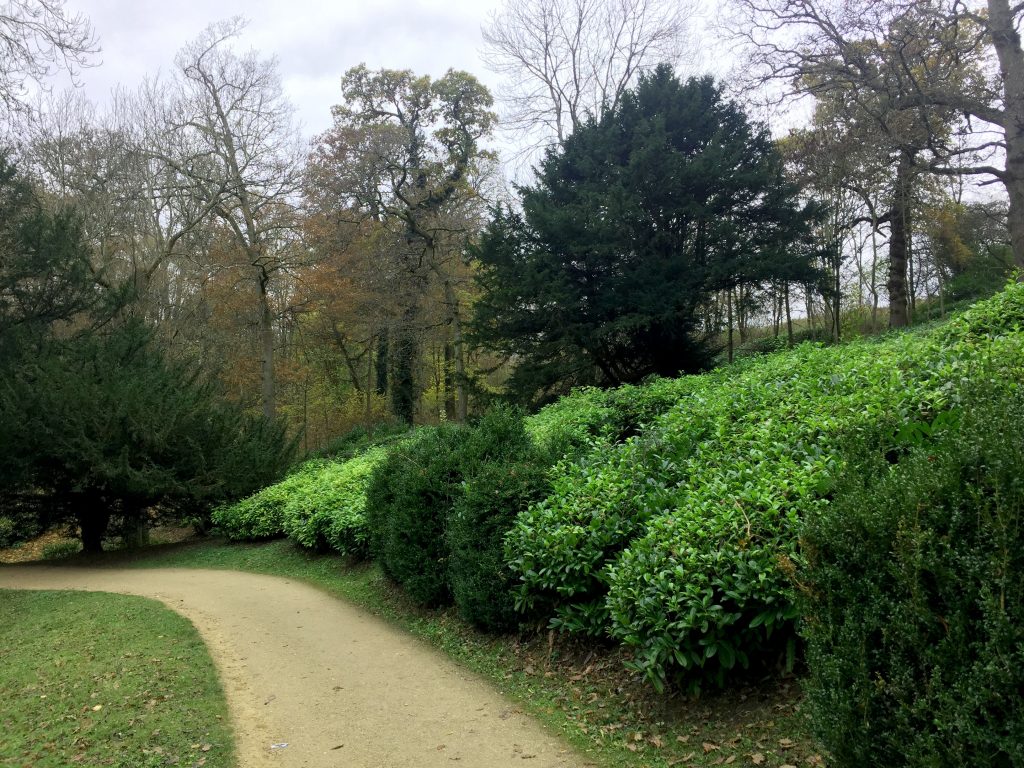 Below: A path at Newton St Loe where laurel and box are maintained to their originally intended C18th appearance. note also the use of yew trees picturesquely interspersed.

The Cherry Laurel we’re currently removing originally comes from Eastern Europe and Asia. It was used extensively at Kings Weston, and, when planted in the Eighteenth Century, would have been carefully cut and was intended to be maintained at a uniform height and scale. Many historic parklands retain this species, but only very few have the resources and patience to ensure they are trimmed as originally intended. A good example of the effect they would once have had can be gleaned from Newton St Loe, near Bath. Here Bath Spa University continues to manage the Capability Brown designed landscape in the traditional manner. When dealing with the monstrously large cherry laurels at Kings Weston it is difficult to imagine that they grew from such well-mannered shrubberies! 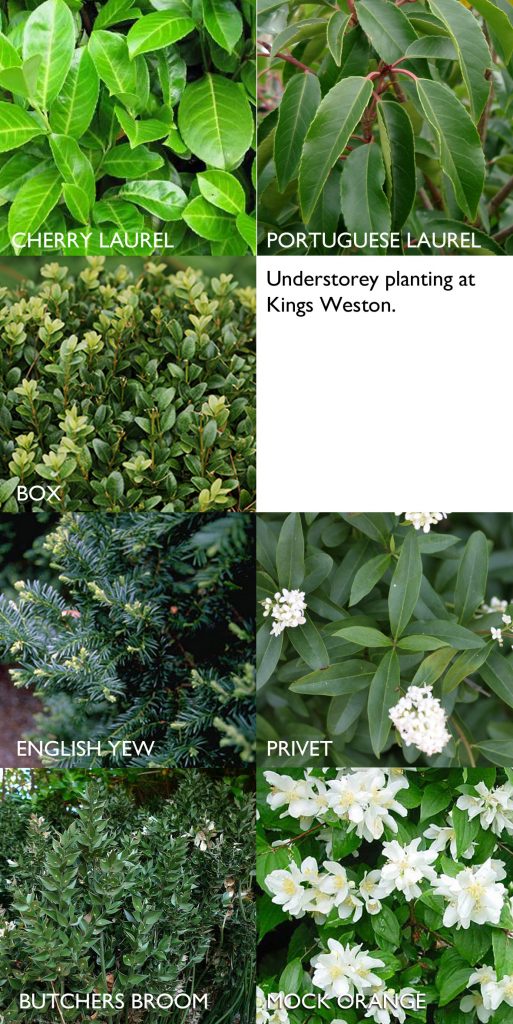 Also surviving within Penpole Wood are a number of Portuguese laurel. They too are an introduced species and would have been inter-planted to give variety of colour and texture with the cherry laurel. These are less invasive, and tend to be more compact, forming small trees with smaller, darker leaves.

Throughout the Georgian and Victorian period native species remained popular for understorey planting. Familiar hedging plants like box and privet can still be found, now growing wild, and interspersed through Penpole Wood, and behind the Echo. They’ve survived less well where out-competed by cherry laurel. Many of the English Yew within Penpole Wood are part of deliberate but long-forgotten planting schemes and have grown into maturing trees rather than the manicured bushes they were intended to form.

The native Butcher’s Broom was also a sought-after evergreen for ornamental planting. An unusual and distinctive plant with sharp spiny leaves and stiff branches it grows to about 2-3 feet in height in dense and well-defined patches. There are several remaining plants along the South Walk between the Echo and The Circle, but it survives less well in other parts of the estate where there has been greater competition for light.

Note also should be made of one other plant which still forms a notable and attractive component of the designed woodland areas: Mock Orange (Philadelphus coronarius). Although not evergreen it deserves mention here as a survival of Georgian and later planting schemes. A native of Southern Europe it is now naturalised in Penpole Wood and formerly flowered in sunny areas with richly scented white blooms. Our recent laurel clearance efforts also focussed attention on pruning a number of these plants along the main path through the woods. These should naturally regenerate into attractive and dense bushes. With the sunlight now able to penetrate into the woods these shrubs should again flower in coming years. 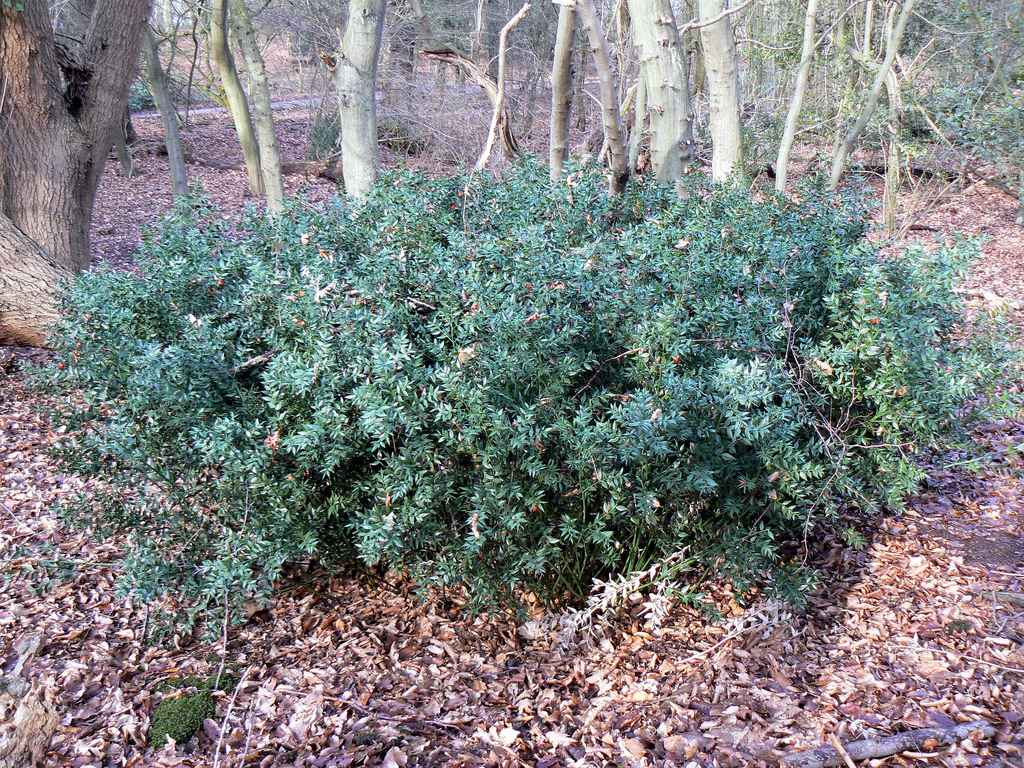 Below: A typical outcrop of Butcher’s broom (Ruscus aculeatus)

Evergreens will remain an important component of the Kings Weston landscape, though the problems with introduced species, and the decades-long neglect in maintaining them as originally planned, have distorted our perceptions of the woodland. Cherry laurel will continue to grow across the park, but the planters of the once-fashionable shrubs cannot have contemplated the damage they would cause to the landscape in the modern era. Now the dominant plant in many areas of the estate our love-affair with laurel has soured. It is our hope that, in reducing the coverage now, we will enable other species to take their place on the forest floor. 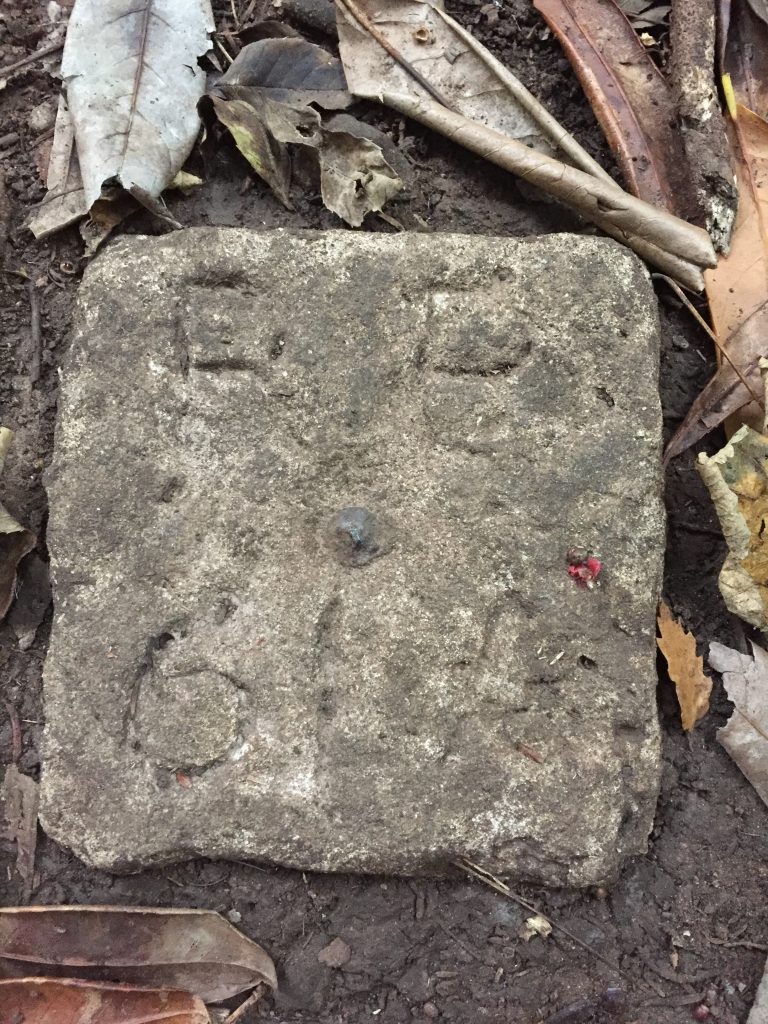 concrete tiles scattered around the estate were for. Until recently we were unable to offer a definite answer. The guesses ranged from drain markers or boundary stones, to something related to the Second World War camps; but the fact is much more curious.

Immediately after the war the Ordnance Survey undertook the large-scale re-surveying of the whole of England. Rather than use more modern methods such as aerial photography, they chose to undertake the survey work by hand. Teams of surveyors were set up around the country and each task with verifying, or correcting, each and every house, fence-line, wall, railway road footpath, and a huge multitude of geographic features on every map on the national grid.

The surveying equipment relied on direct sight-lines between one fixed point and the next. Urban areas offered many building corners, and hard edges in which to fix the small metal surveying point, but in the forest, like in Penpole Wood, the survey teams had to make other arrangements.The local team of surveyors chose to mark these “Revision Points” by setting uniquely referenced concrete blocks set into the ground. At the centre of each was the metal pin representing the centre-point from which all their measurements were taken, and a reference number was marked in the surrounding concrete when still wet.

Looking closely at post-war maps of Bristol on the city’s Know Your Place website (The map layer described as “1947-1965 OS National Grid – limited coverage”) you can start picking out the huge number of Revision Points scattered across the estate and marked “r.p.”. So, before the hipsters jump on “Revision Point spotting” as a quirky new hobby why not track them down for yourselves, or just keep your eyes open for one of these odd little historic artefacts underfoot next time you’re walking around the estate. 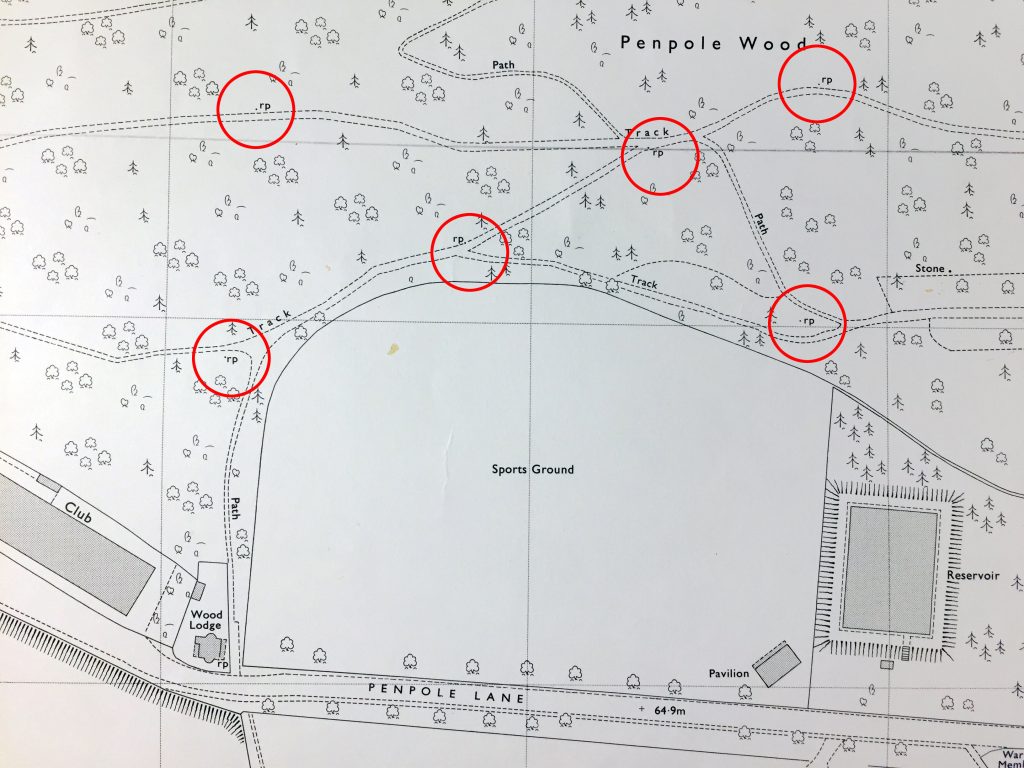