Our first working Part event of 2015 was something a little different. With the support of The Conservation Volunteers we were led in a two-day step-building course which has trained us up to complete a long set of steps that will restore an early Georgian Footpath through Penpole Wood.

The path links the main, top path through the woods, and one that clings to the hillside about halfway down and dates from the mid Eighteenth Century. The linking path between the two appeared on maps until the 1970s and has gradually fallen out of use as trees have fallen across it and the path surface degraded.

Our January work is just the start of this project to reinstate it. We installed about 20 steps over the two-day  training course which covered the two most hazardous areas on the route. The bottom part of the path had been lost beneath laurels and rubble, but now has fifteen new wooded steps allowing safe traffic to the main part of the path, and the top section where it meets the main Penpole Wood footpath has also got much improved access.

We are really grateful for The Conservation Volunteers for training us in this work and we hope to be able to complete the path with the remaining 40 steps over this year.

Take a look at our full gallery of work-in-progress shots here. 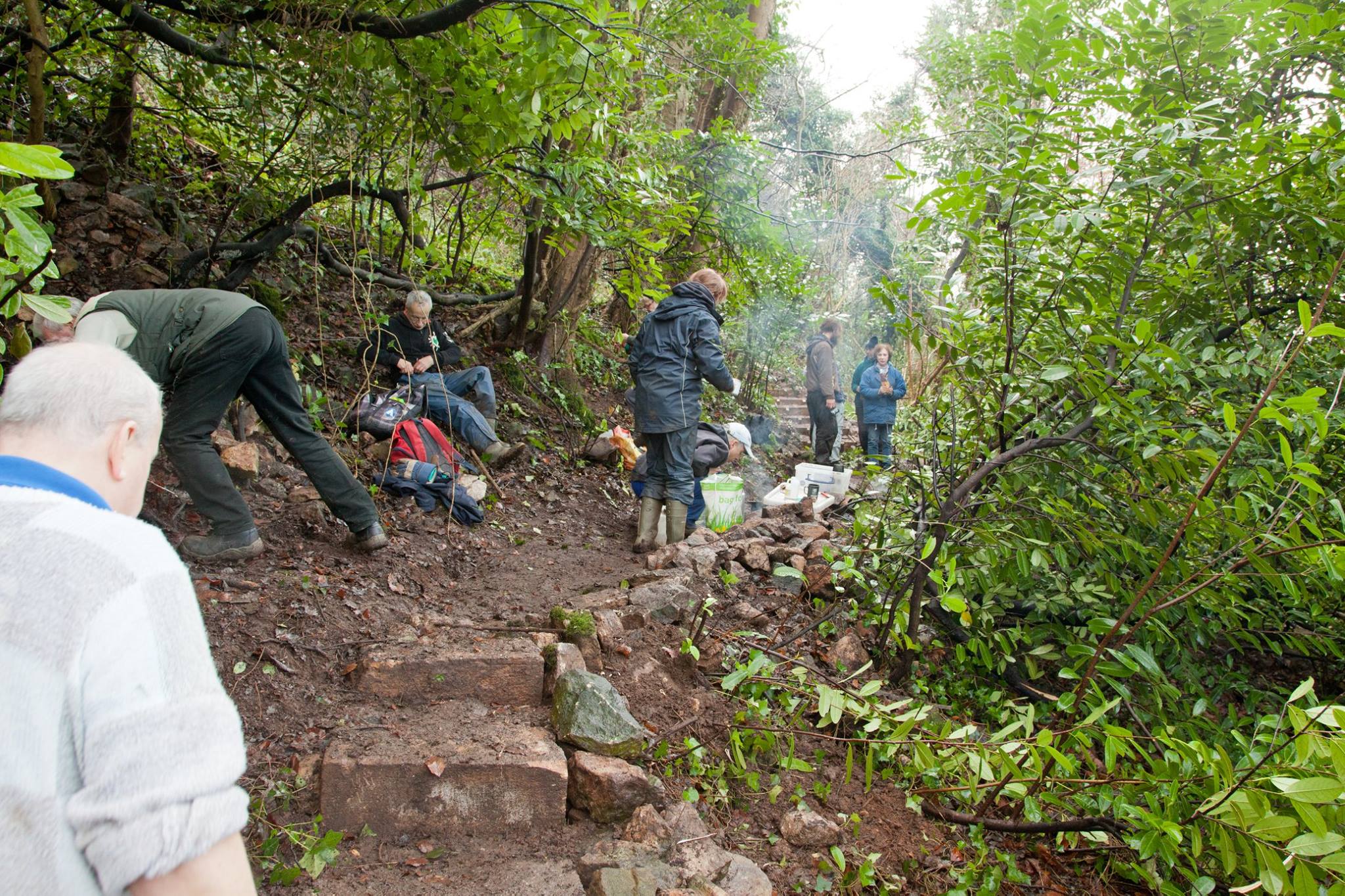 Coffee break time looking from the new stone steps towards the timber ones in the distance. The stones, relics of the demolition of Penpole Lodge, lie scattered around