An exciting visit yesterday to a property in Orchard Street, Bristol, where one of Kings Weston’s fireplaces ended up just before WWII. The Marble fireplace dates from the 1760s and was designed by Robert Mylne for the Drawing Room at Kings Weston. It was the finest of the chimney pieces ordered from the eminent sculptor John Devall, who had produced similar for a number of the Royal palaces.

The fireplace incorporates an earlier marble relief carving of 1705, carved by an Italian, Joseph Mazza Bonon. It is thought that these may have been one of five marble tablets purchased by Edward Southwell II on His Grand Tour in 1726, and used by his son when he refurbished the house forty years later. 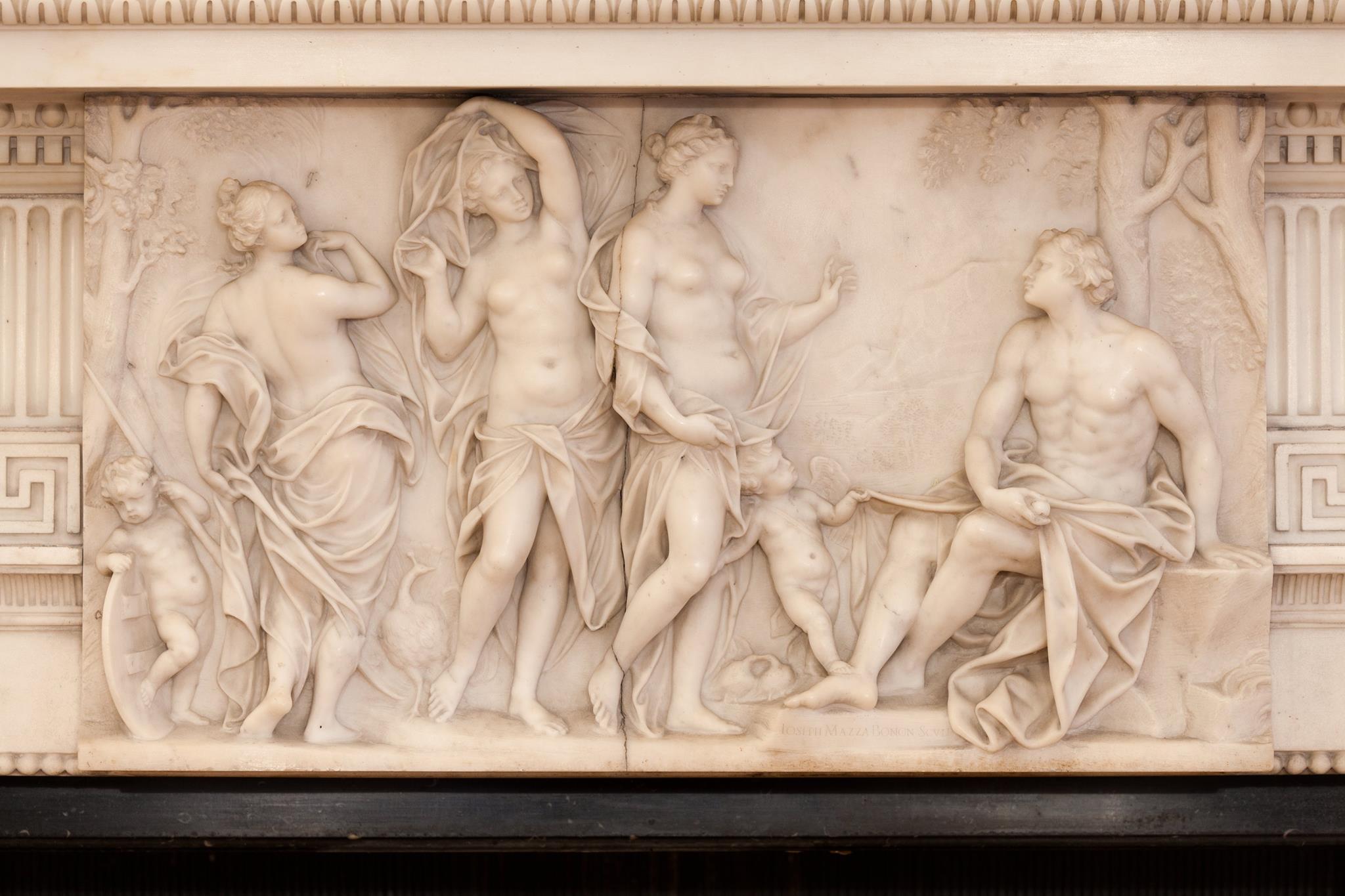 The chimney piece, along with most of the others in the house, were stripped out in 1938 by Bristol Municipal Charities in the process of conversion of the building as a new home for QEH School. This fireplace was incorporated into the Municipal Charities own new premises where it remains today, though now within a flat. 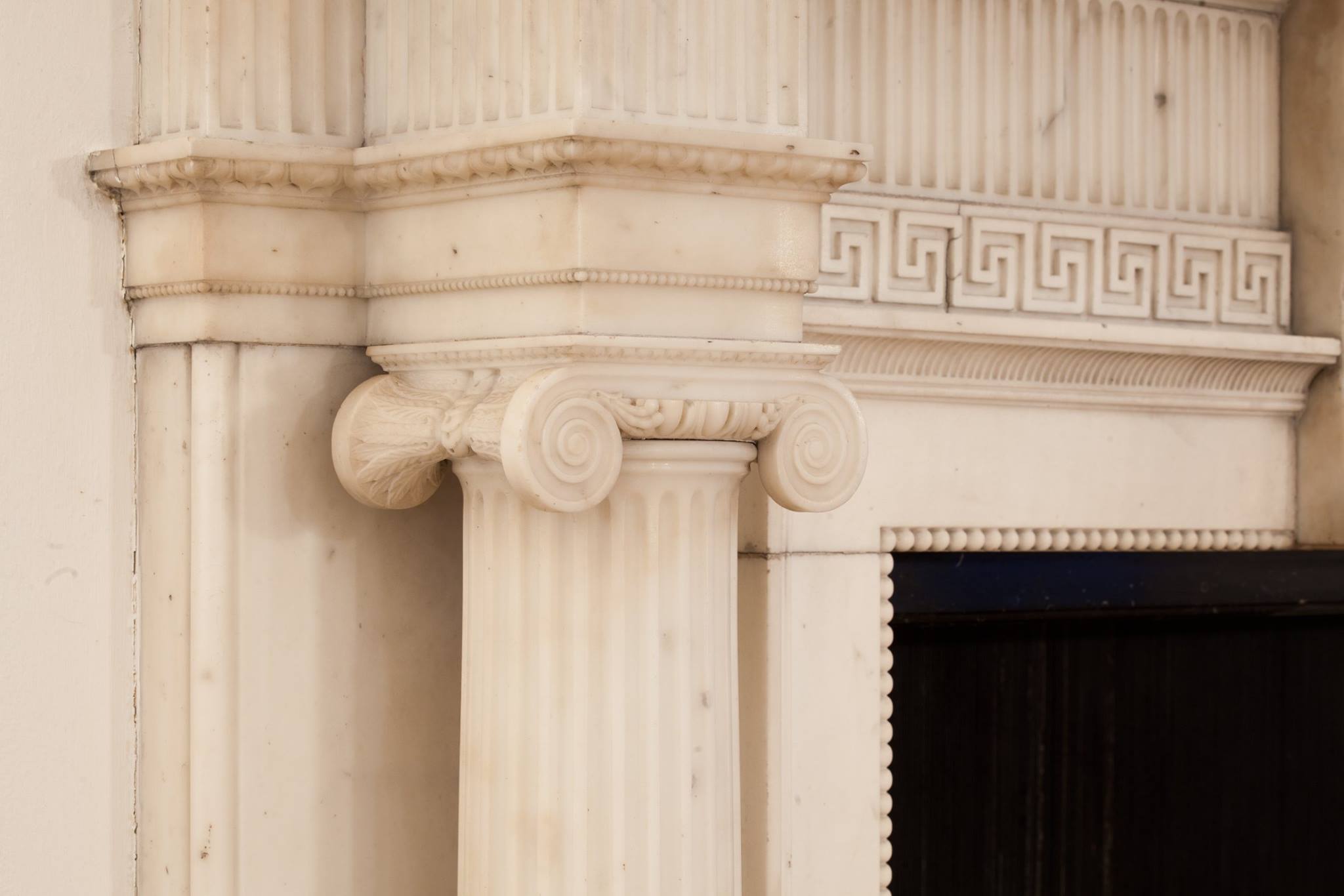 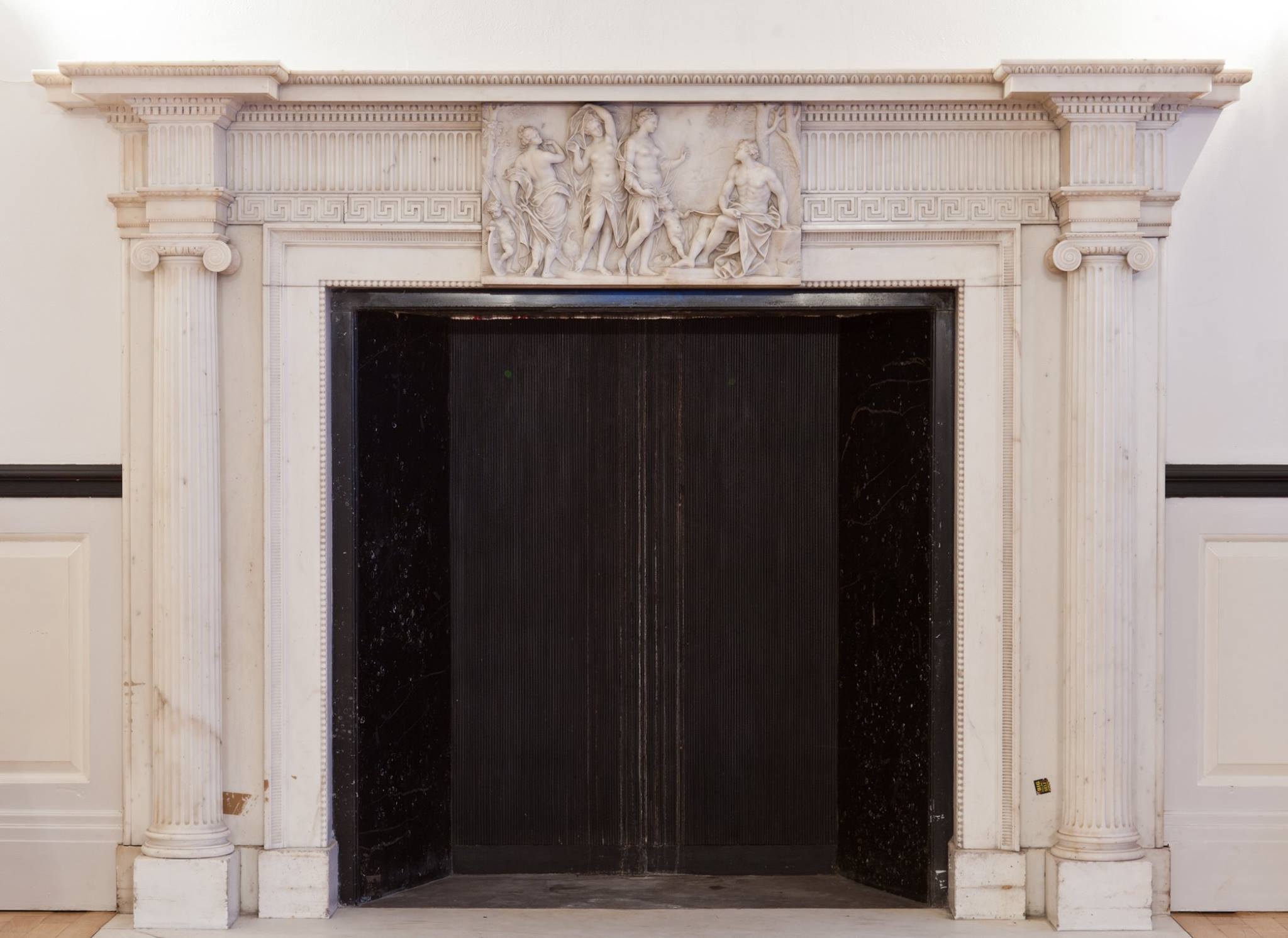