The last couple of weeks has been an explosion of gold at Kings Weston and rich reward for our efforts in clearing below the viewing terrace the last few months of 2013. A bit of an unconventional before-and-after to remind you what the scene was just in December and what it looked like on a sunny Saturday just three months later. The daffodils had been planted in about 1994 by the Kingsweston Preservation Society, but had been engulfed by brambles and lost. They have certainly made up for lost time this year! 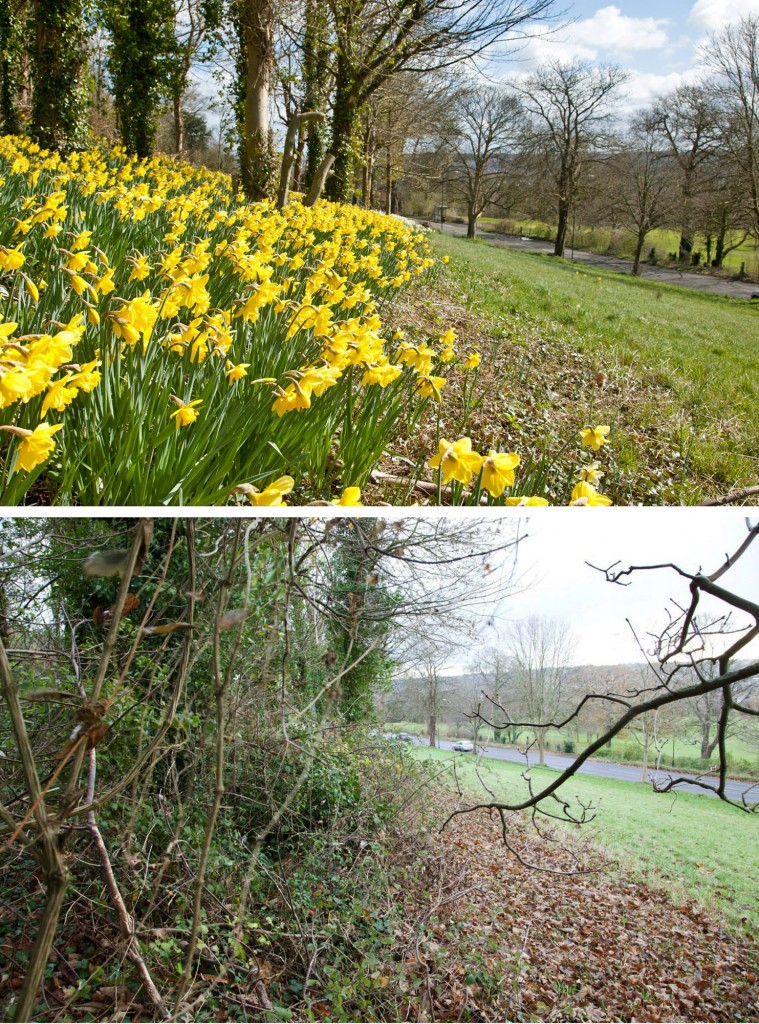 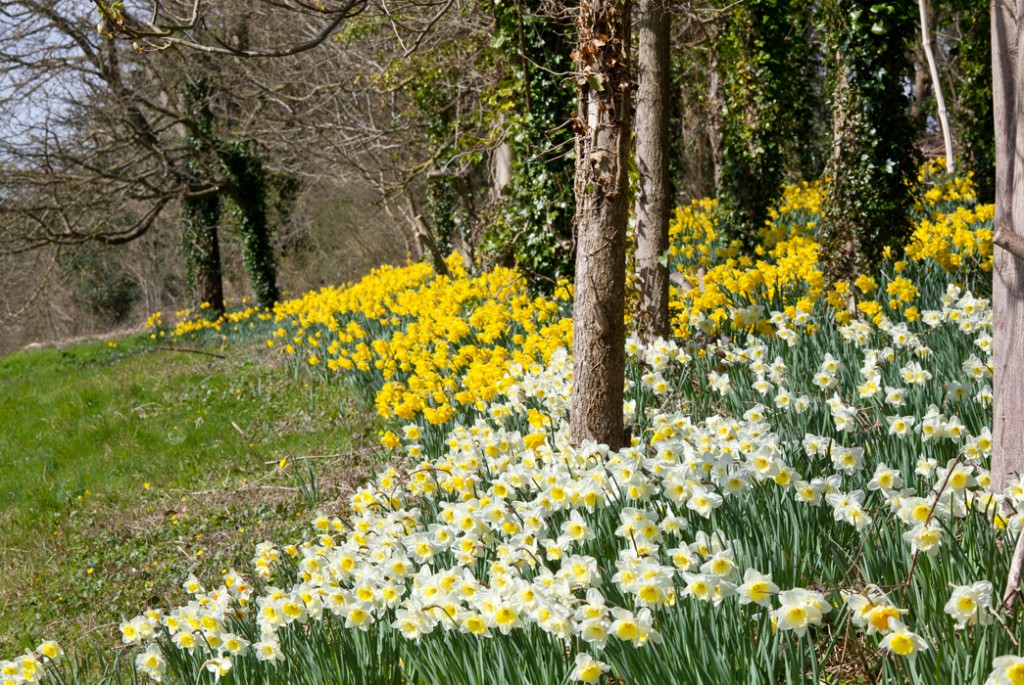 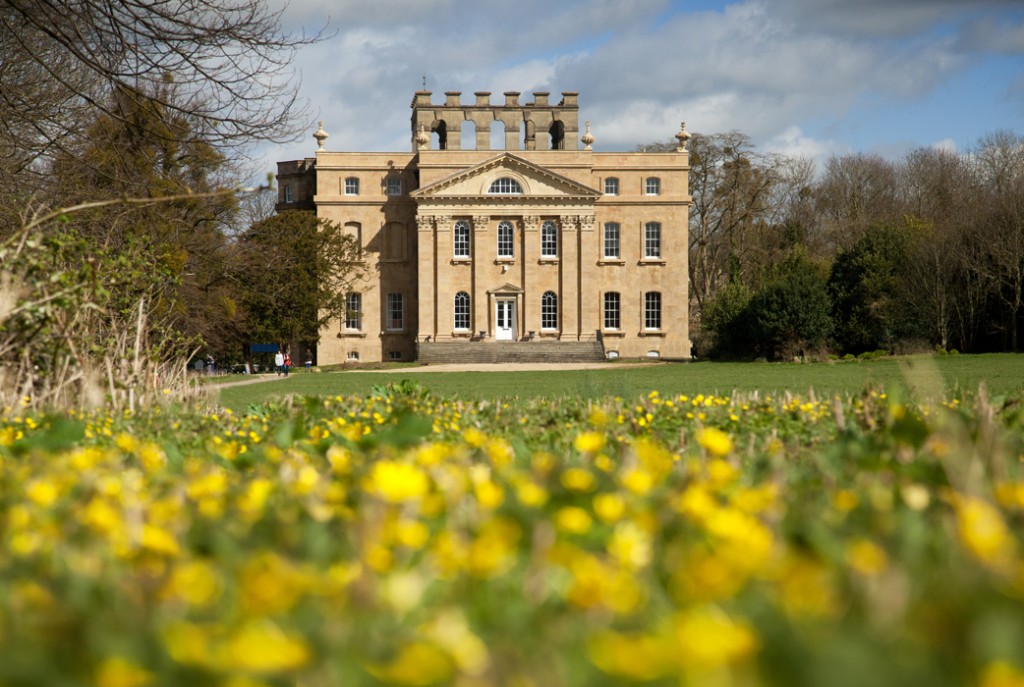 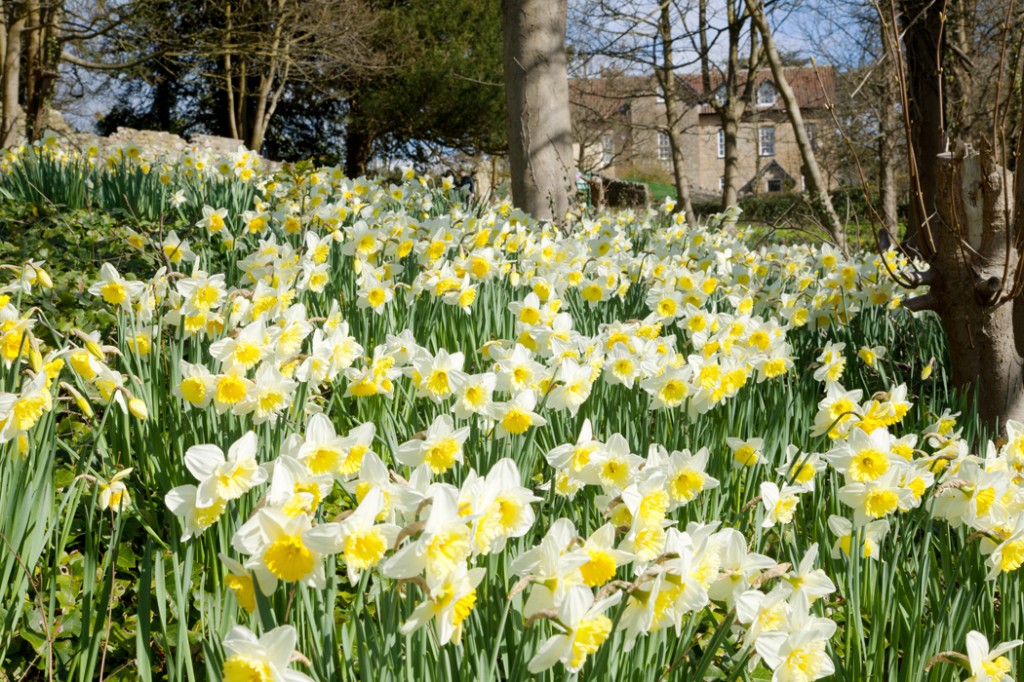 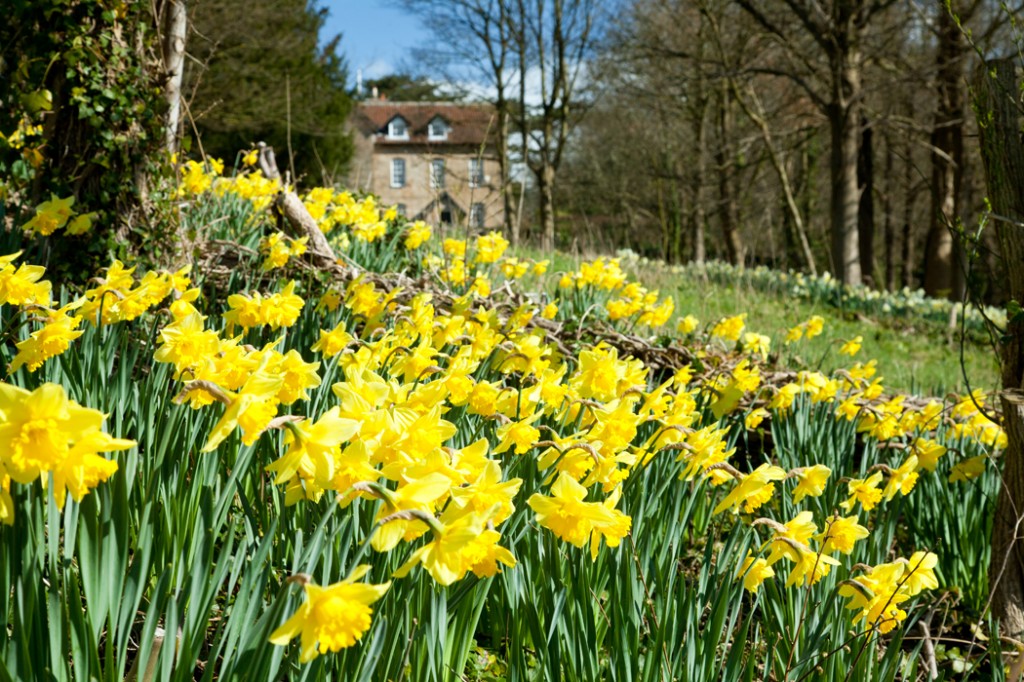 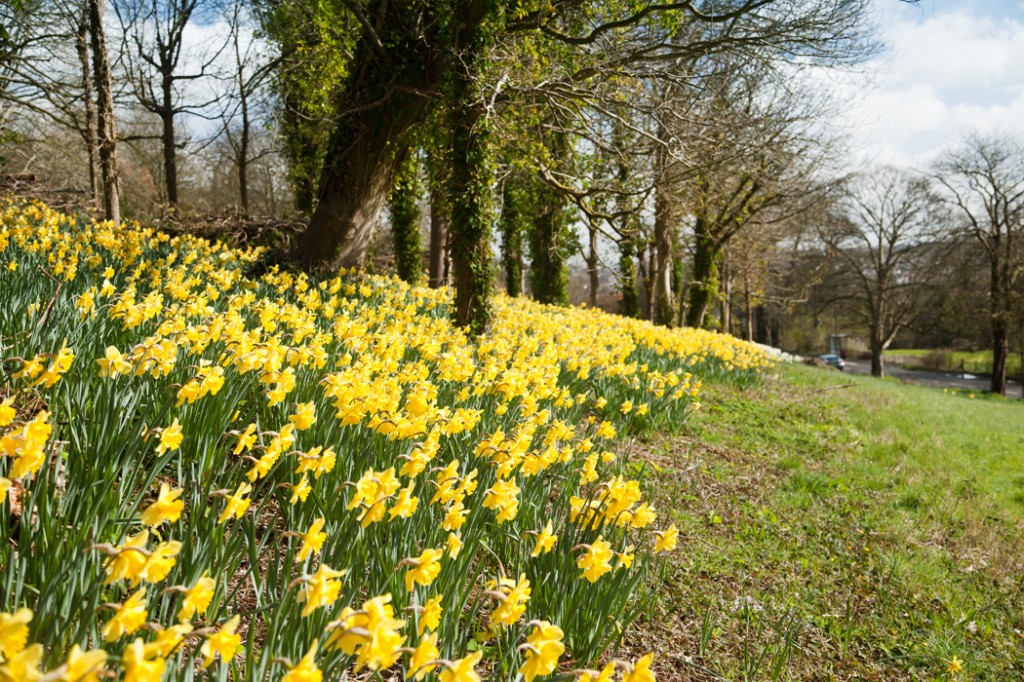 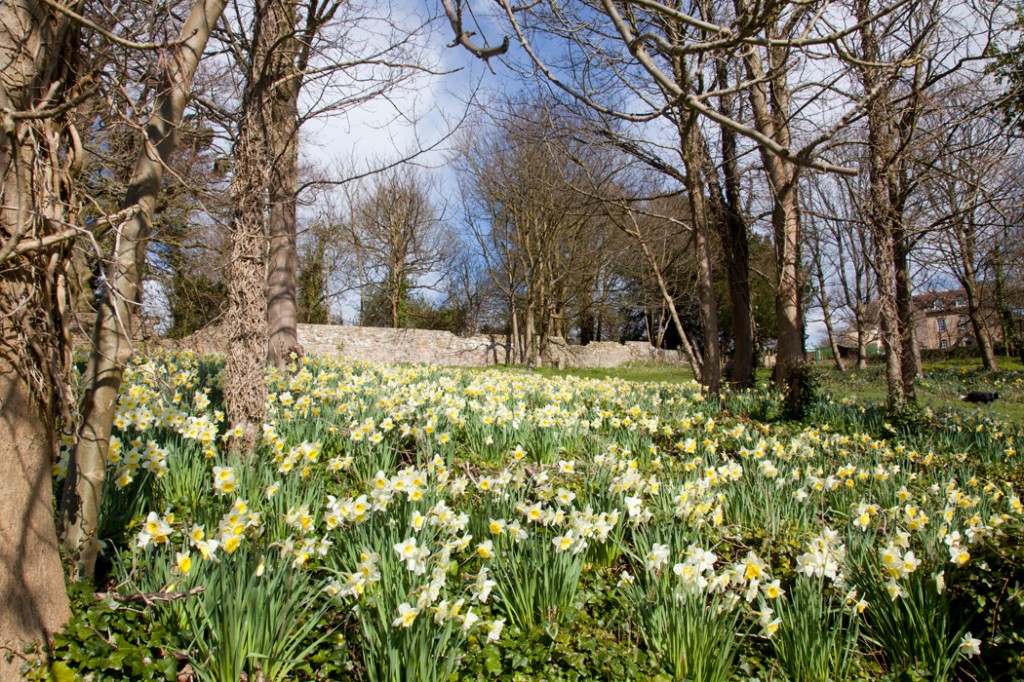 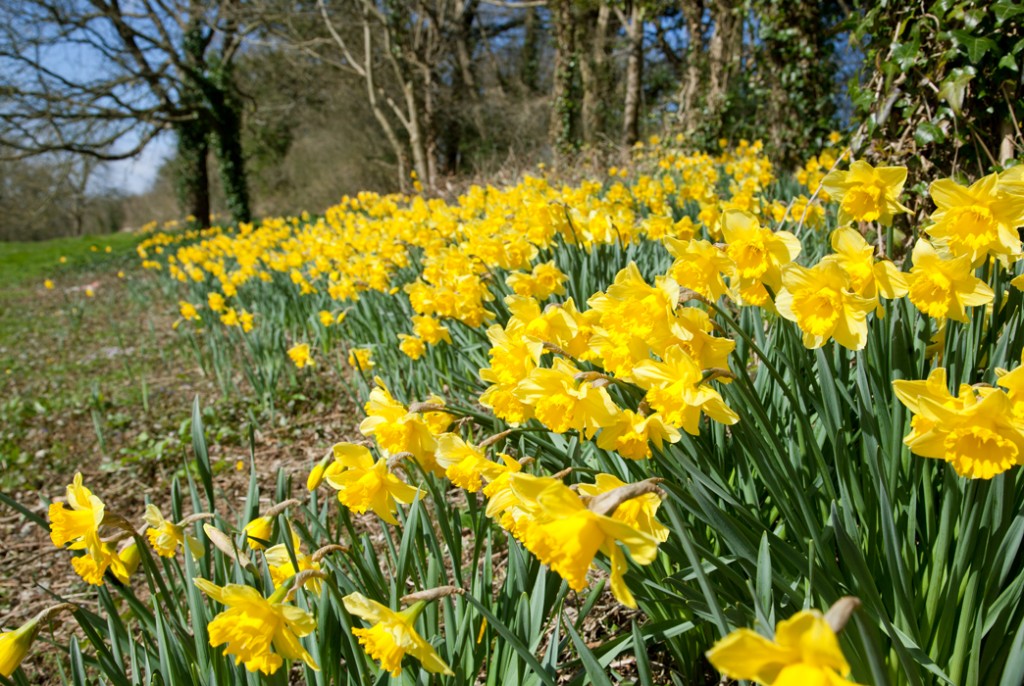 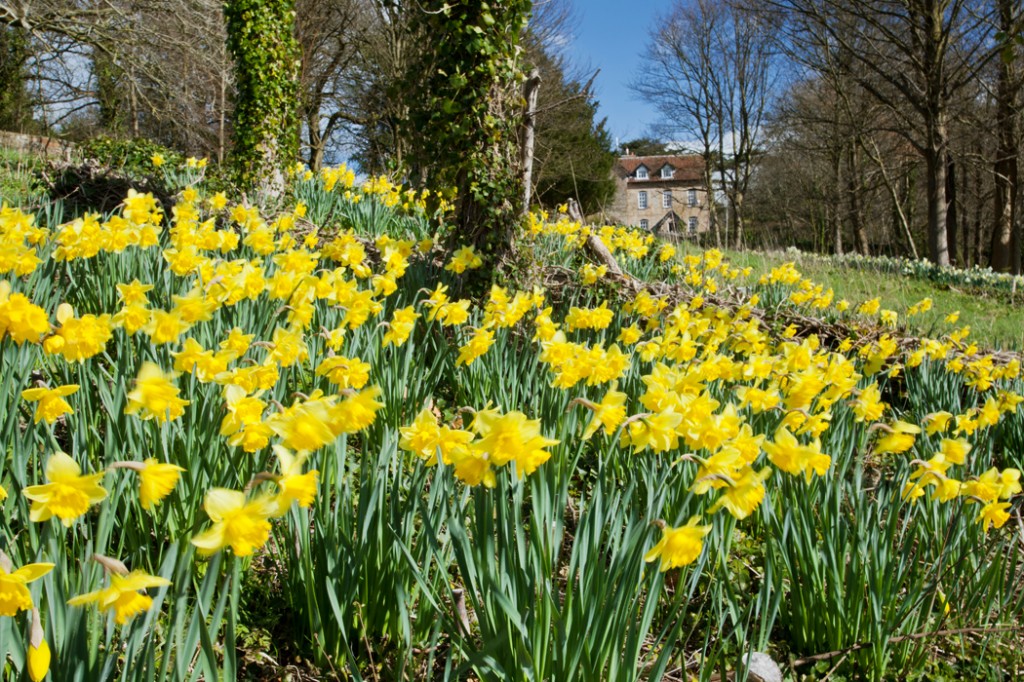 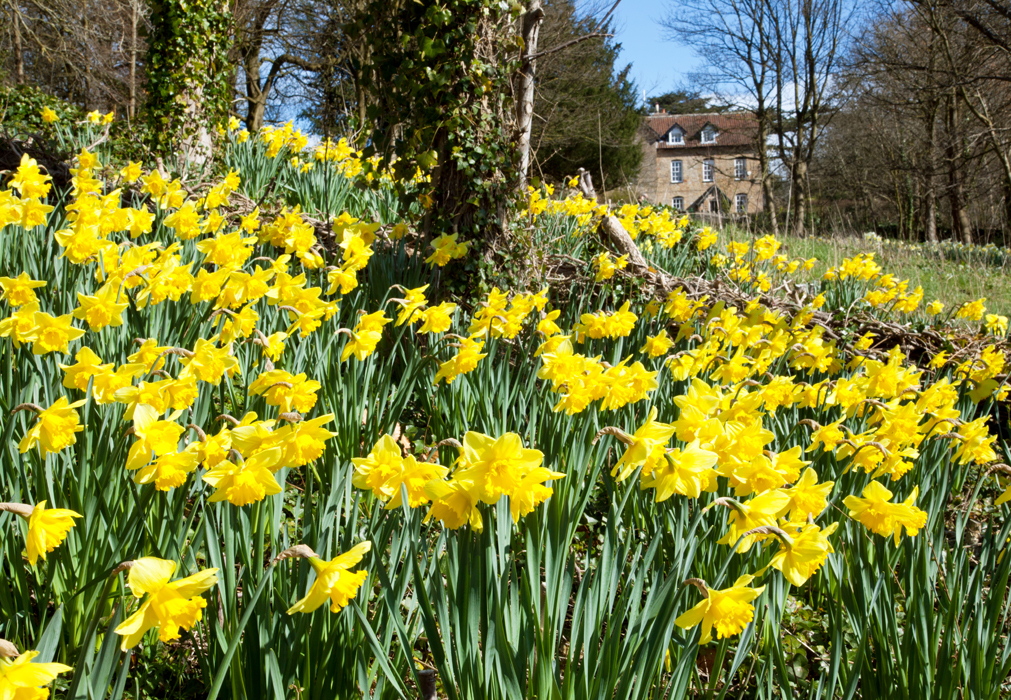 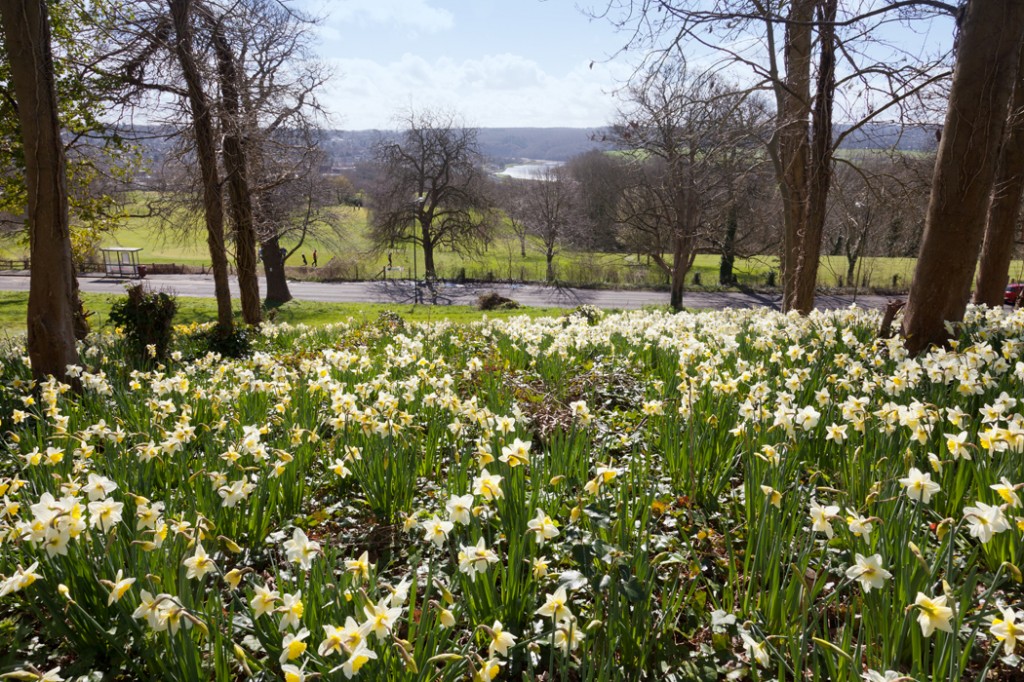 Just released is our set of before and after photos of our last month working along Penpole Point towards the Dial. As always it is so difficult to really give an impression with these  photos of quite how much has been done. I think everyone was “feeling the burn” at the end of this month’s working party as we cleared the brambles and undergrowth back as far as the estate wall below the stone dial on Penpole Point. Perhaps the most telling of the images are those taken from the wall looking up towards the dial, but we recommend you go and take a look for yourselves now we’ve reached that goal!

A few of the photos are shown here, but for the full gallery head here 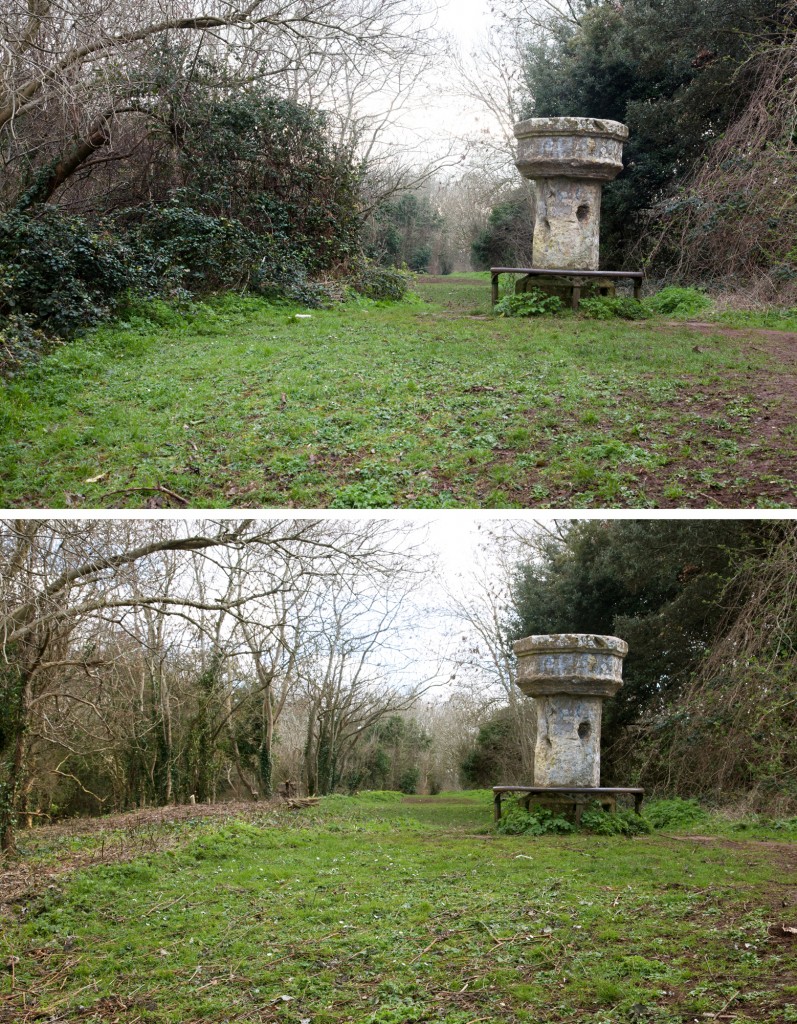 The high isolated location of the Compass Dial is revealed 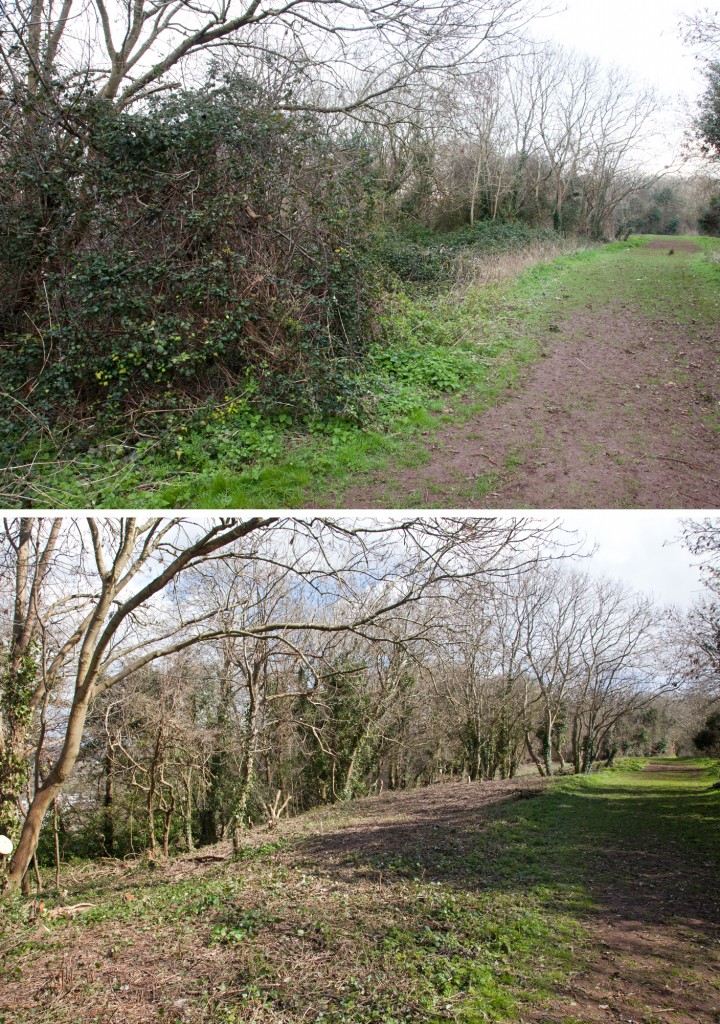 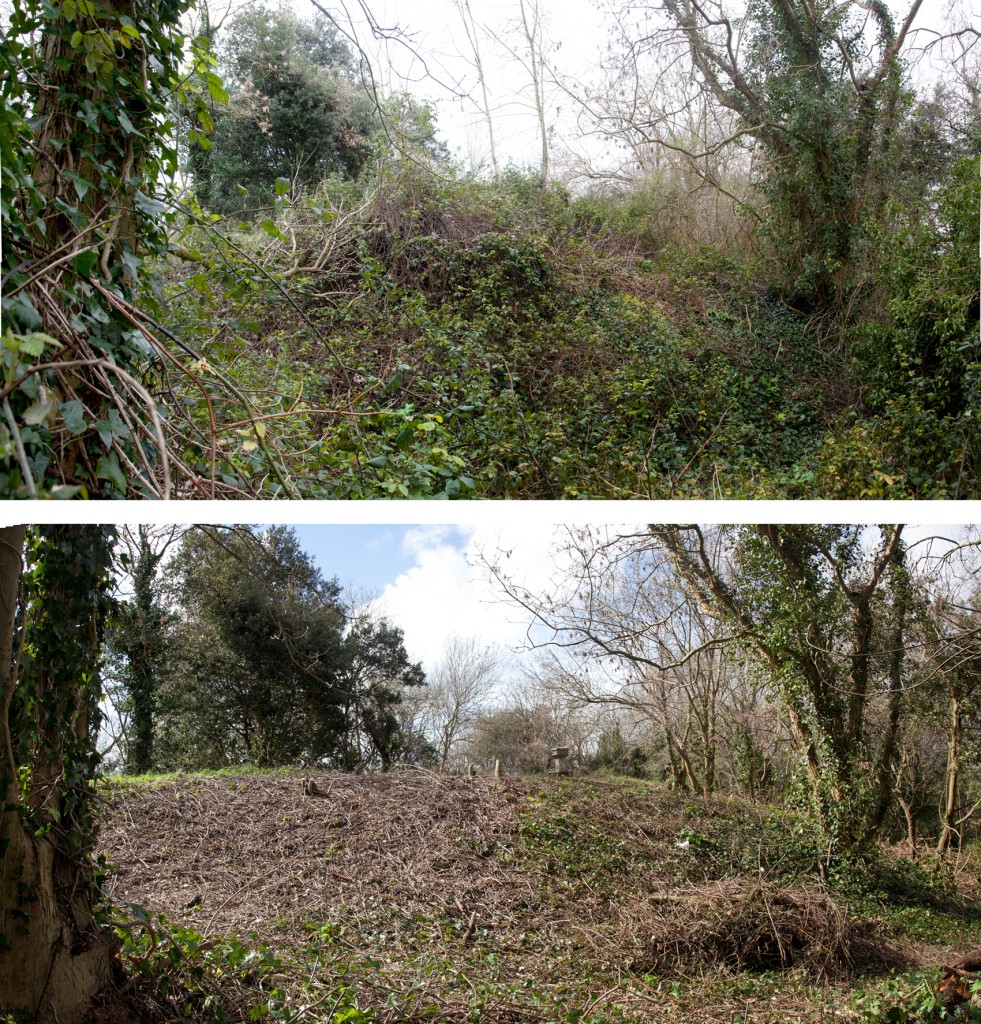 Cleared undergrowth revealed a whole new extension to the landscape 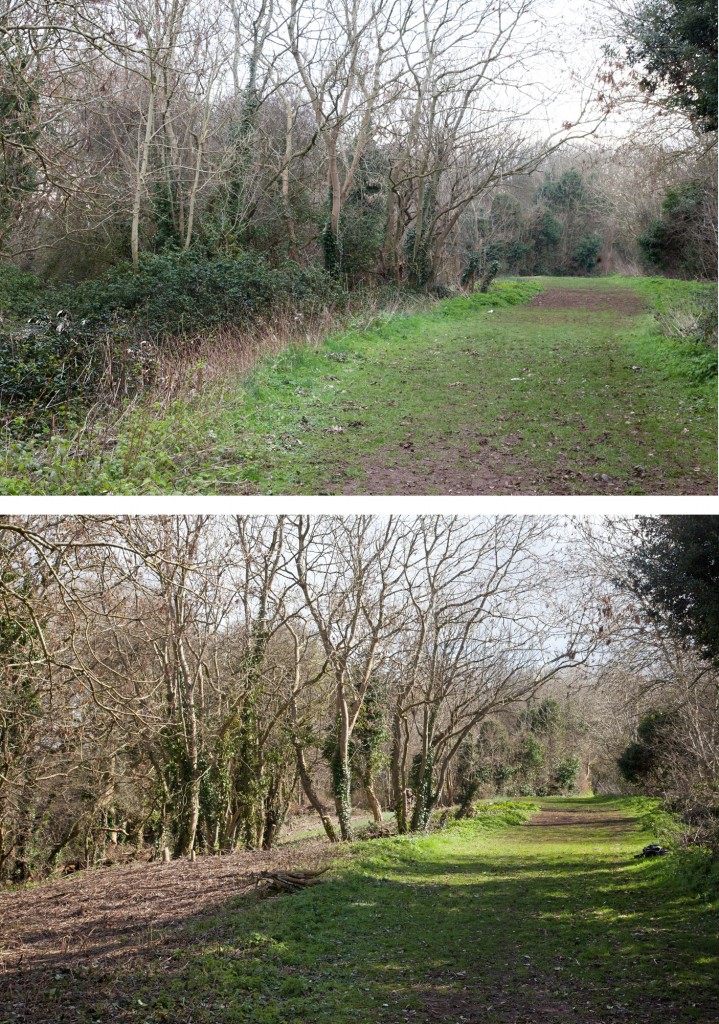 A new gallery has been added showing some of the activities our members were engaged in in March clearing the undergrowth as far as Penpole Point and the stone Dial. Many thanks to Bob Pitchford for taking these photos and letting us post them here. Full gallery of images is available HERE!

Join us this Saturday for our final big push to clear Penpole Point as far as the Stone Dial! We made huge progress in January and February, but we need all the help we can get this coming Saturday 15th March to achieve our goal.

As usual we will be starting off at 10am and meeting opposite Oasis Academy on Penpole Lane, but volunteers are welcome along any time until we finish at 3:30. Come along wearing suitable clothing for the weather and we can provide tools and gloves suitable for removing the brambles and self seeded sapling standing in our way. Get in touch if you need more details drop us a line.

If you aren’t able to lend a hand why not come to Kings Weston to see the daffodils and maybe come along and say hi on your way.

Otherwise we hope to see you there this weekend!

For all the hard work volunteers put in at the end of last year to clear the area below the viewing terrace I don’t think anyone could quite have predicted such a huge reward in the THOUSANDS of daffodils that have exploded into life this spring. Swathes of these were completely engulfed last year, but this year they are about to put on a real show! Just last September this was the scene: http://www.kwag.org.uk/gallery/jan-18th-2014-2/sept-2013-return-to-the-viewing-terrace/

We recommend next weekend as being the best time to see the whole slope alight with them! 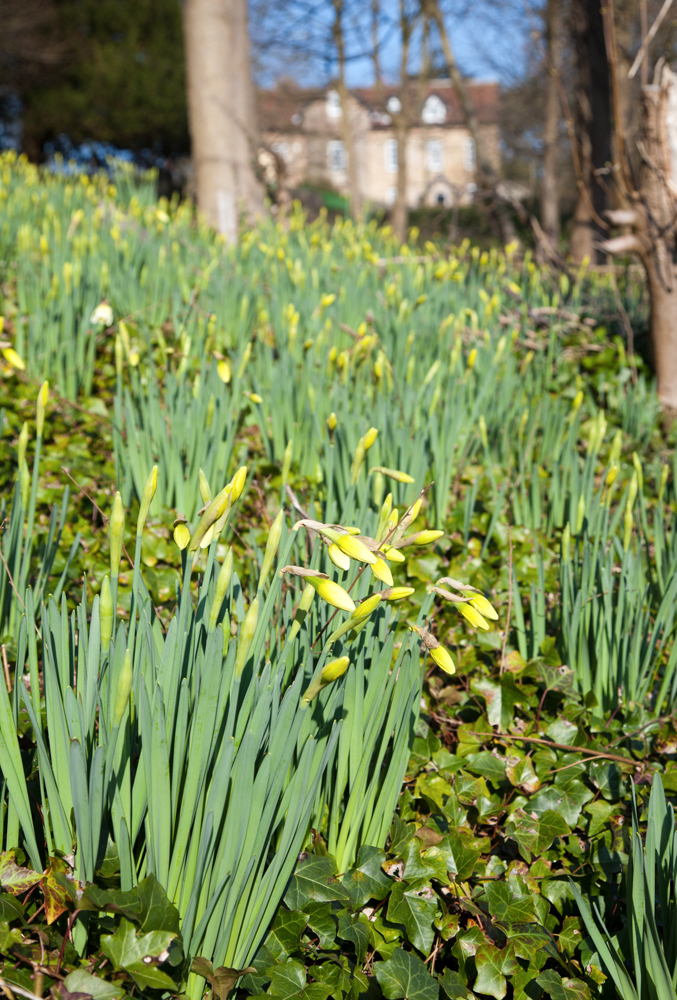 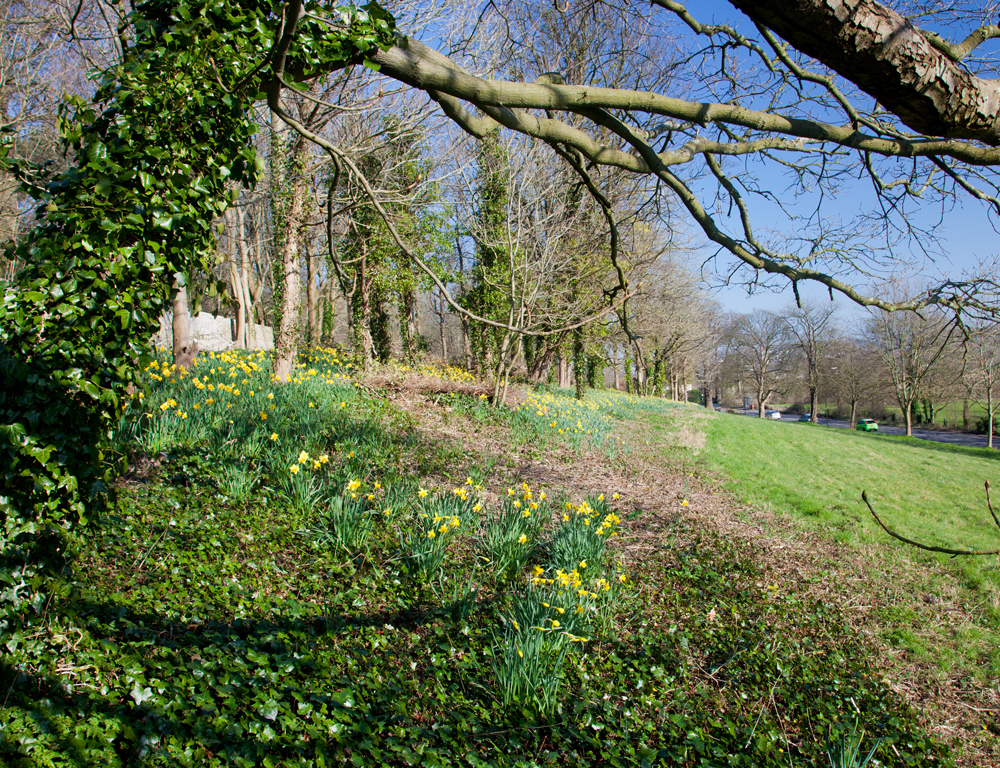 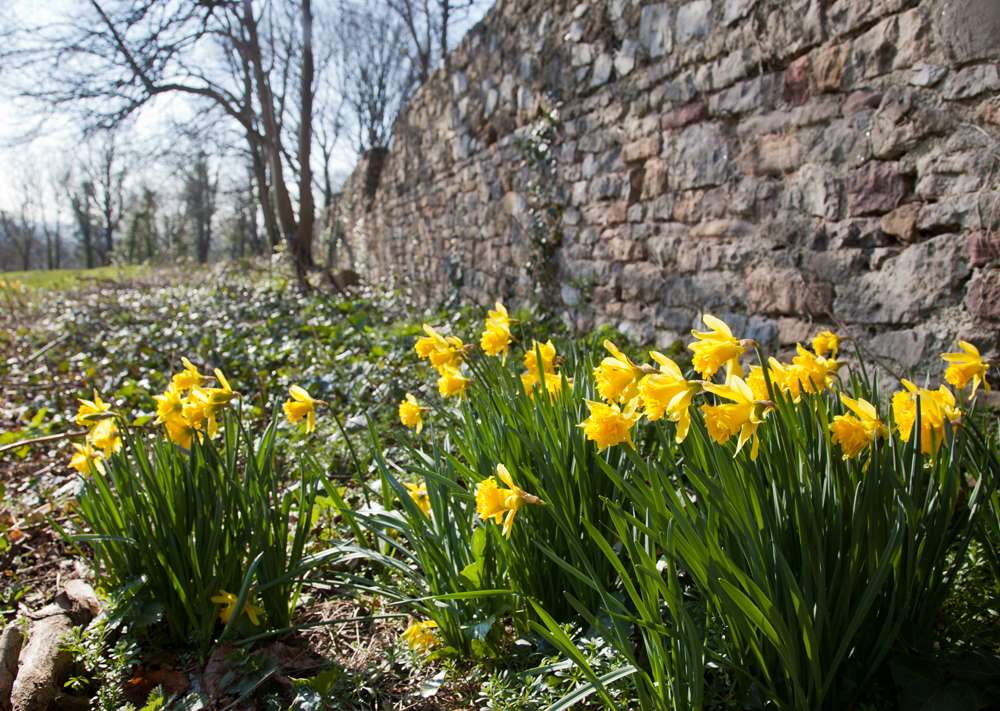 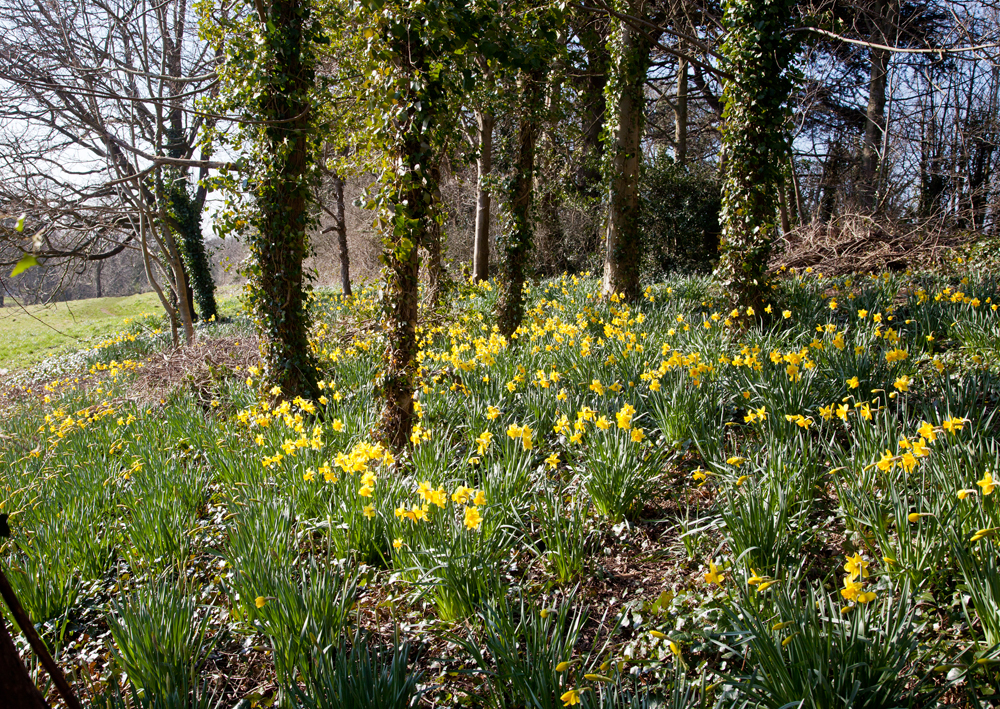 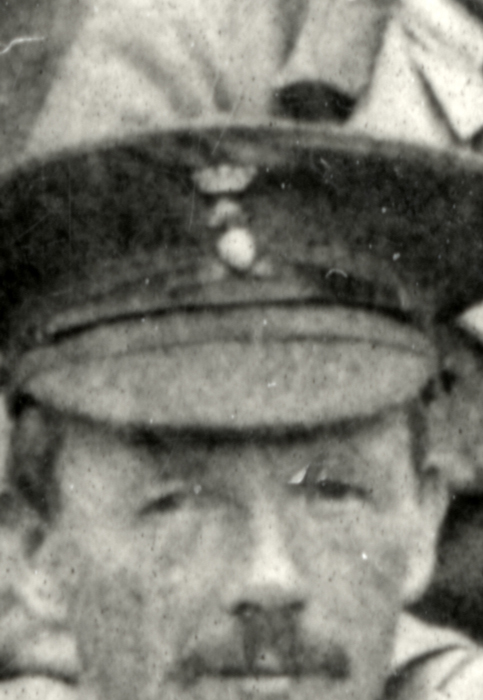 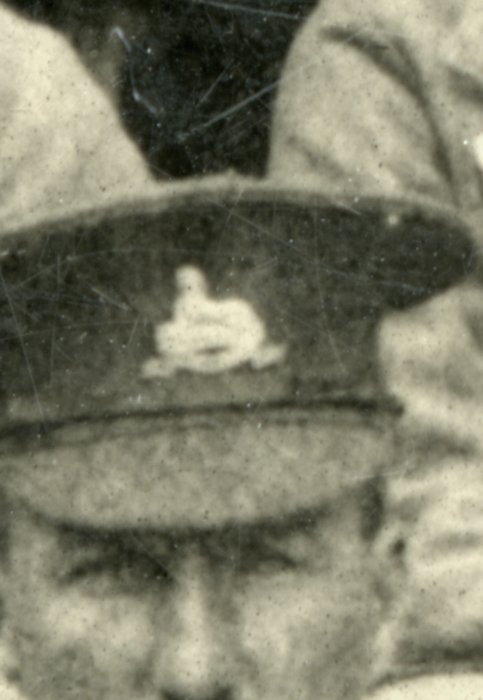 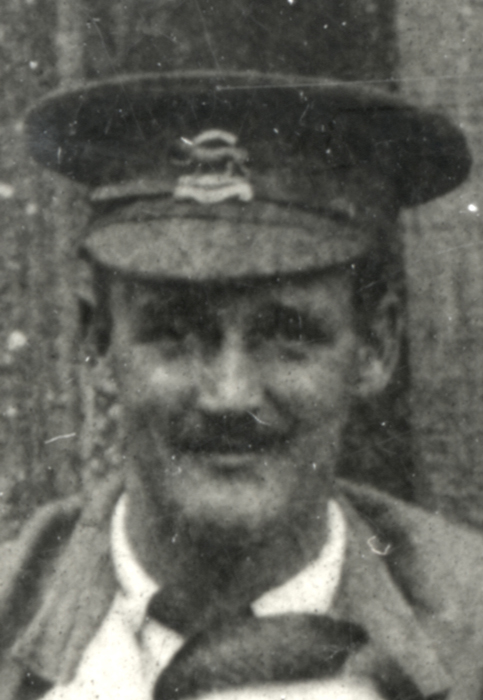 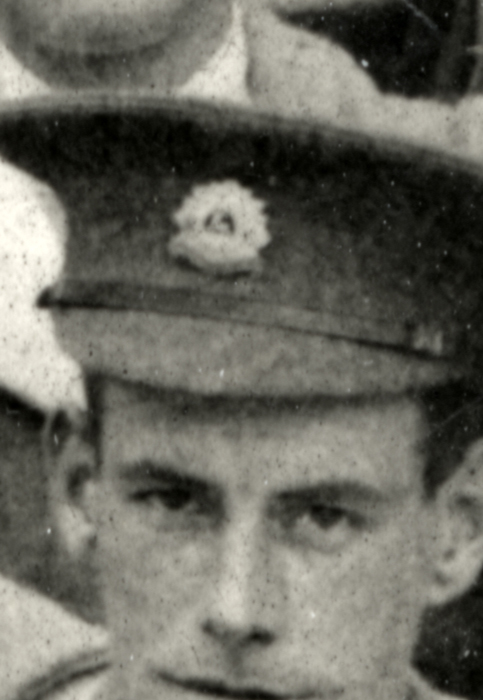 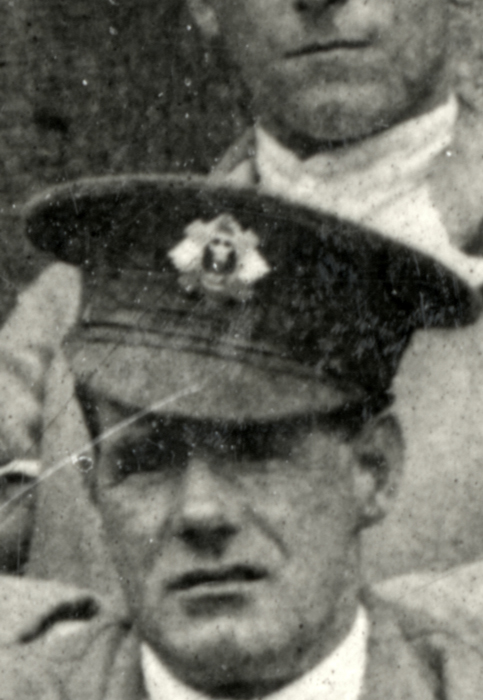 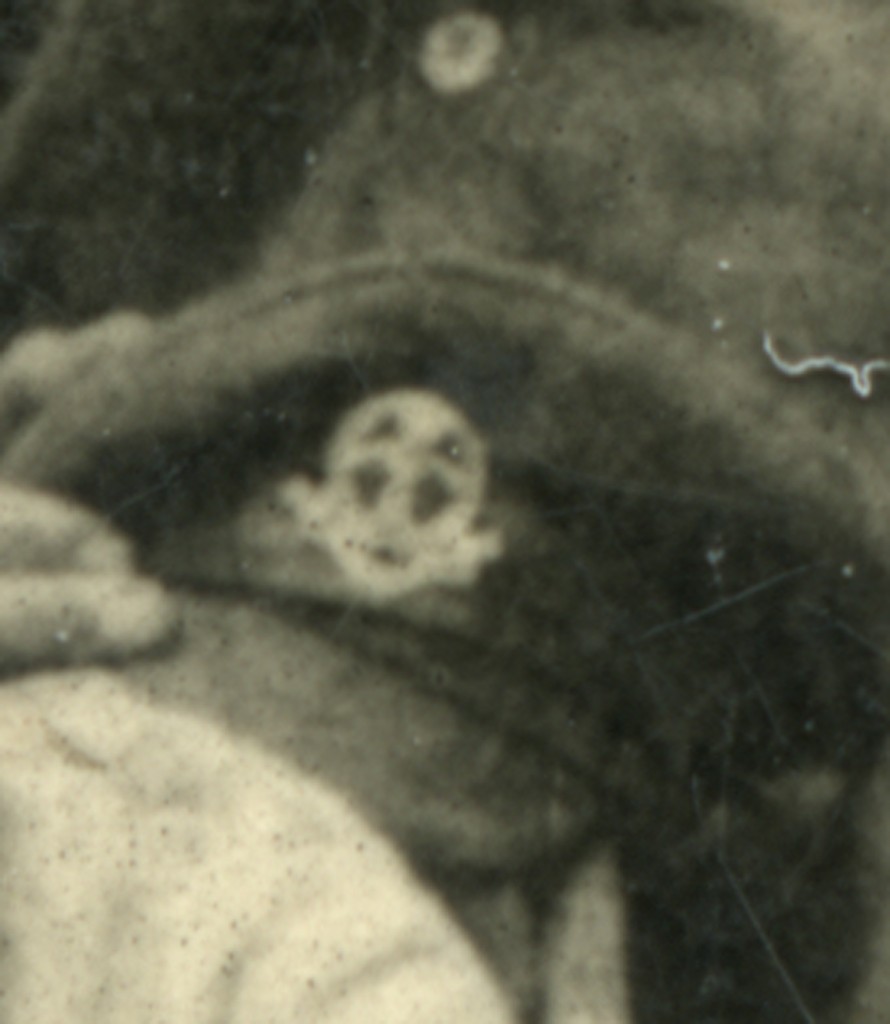 A wonderful photo has kindly been sent to us of the scouts at Kings Weston on the eve of the Second World War. After the death of the last Squire, Philip Napier Miles, the estate was sold off in various portions. Our understanding is that Bristol City Corporation bought much of the land including Penpole Wood with the intention of leasing it to the city’s scout troops as a camping ground.

We were delighted to discover that a record of the years that they used Kings Weston exists and we were sent this image by Peter Laurie who is recording the journal of scout leader G.K.N. Webber for Mrs Mary Lowden before it is transferred to the Bristol Record Office.

This photo was taken from just below Penpole Wood, about where Mancroft Avenue now lies, and looks across the park towards Kings Weston House in the distance behind the tree. The old kitchen range of the house is still apparent and dates this photo to either summer 1937 or 1938, before work on converting the building into QEH school started. It is a poignant image knowing that many of the scouts would soon have enlisted in the armed services as the Second World War broke across Europe, but this sunny afternoon and the group enjoyment of erecting the camp flagpole is a million miles away from the threats the future held.

Come and hear the dawn chorus at Kings Weston with expert ornithologist Ed Drewitt.
Announcing our first public event of 2014 coming up in April; a dawn chorus walk with Ed Drewitt. Ed’s walks always prove popular and this will be just the right time of year for the best discoveries in the park. Check the details on our poster here with full details of the event which will be run on Saturday the 12th April. Please get in touch on KWAG@theweasels@plus.com or telephone 07811 666671 if you would like to book yourself on the walk. The event will cost £5 and be open for everyone. please feel free to forward this on to anyone else you think may be interested.