A historic document has just come our way related to Kings Weston. It is a contract between Edward Southwell II of Kings Weston, his Court acquaintance James Vernon, and John Lambert, a builder of Lambeth to complete a building at Spring Gardens In London. Spring Gardens was the London home of the Southwell Family and they sought to develop the land they leased from the Crown from the 1730s onwards. This document from 1754 is an interesting insight into Edward Southwell’s development of the site around his Spring Garden Mansion.

Spring Gardens was located on the south side of Trafalgar Square, where The Mall now joins it. It disappeared under the construction of Admiralty Arch at the start of the Twentieth Century, but you can see where it was on this map. The area shown here was the house and garden of the Southwell’s in 1777 after they had leased much of their surrounding property for development.

The document is particularly interesting for its three wax seals, all bearing the arms of Edward Southwell II surmounted with the armorial goat. Edward’s signature bestrides the best of these seals. 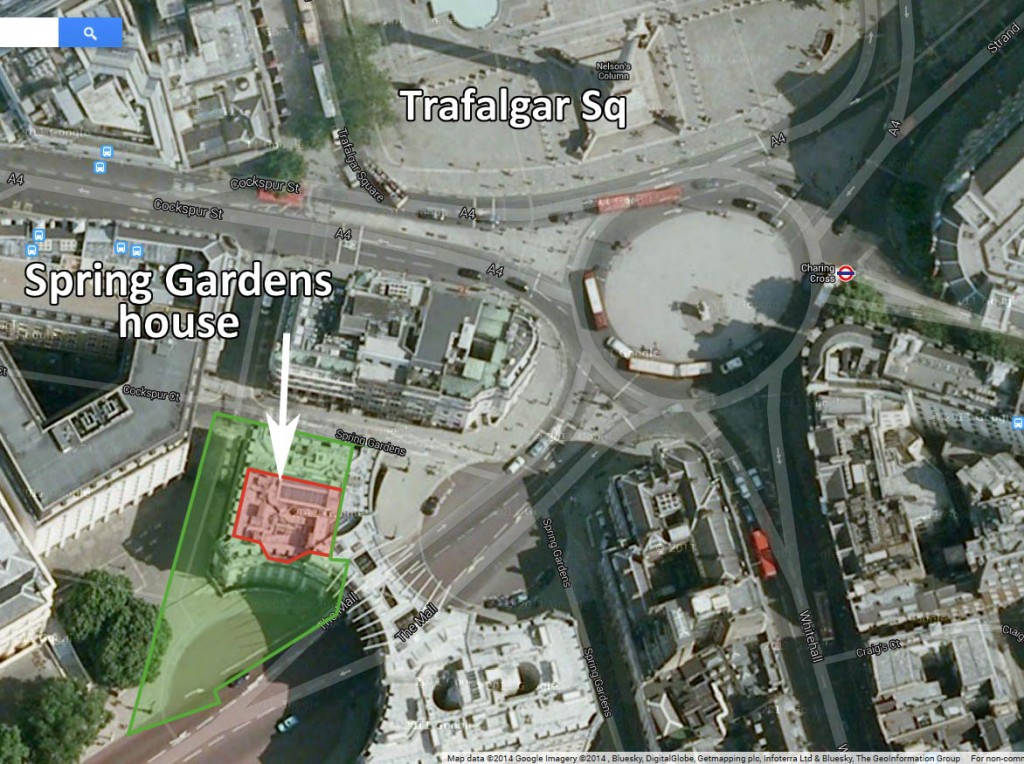