Many in Shirehampton will know about the lamentable destruction of the former National School in the village centre a few years ago, well some interesting things have arisen since the loss that might start to outweigh the loss of the historic building. Last year Avon Archaeology undertook an excavation on the site and made some exceptional finds; the first significant Roman material found in Shirehampton beneath the Victorian foundations. 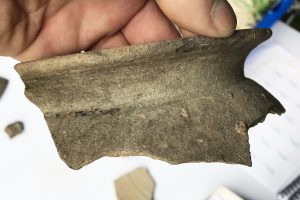 Some of the pottery dating mainly from the 3rd to 4th Centuries.

As well as some fascinating individual finds including two fibulae brooch and a good quantity of pottery The dig identified a strong linear ditch feature into which much of the material had been deposited. This ditch, and an associated stone scatter along one side, support a new assessment of the Roman impact on the Kings Weston estate.

Linear ridges and shallow impressions crossing north-east – south-west across the meadowland of the Home Park have long puzzled us and our archaeological geophys surveys have not yet reached the most visually prominent areas to asses them. In association with our existing knowledge there is more exciting potential in these features. 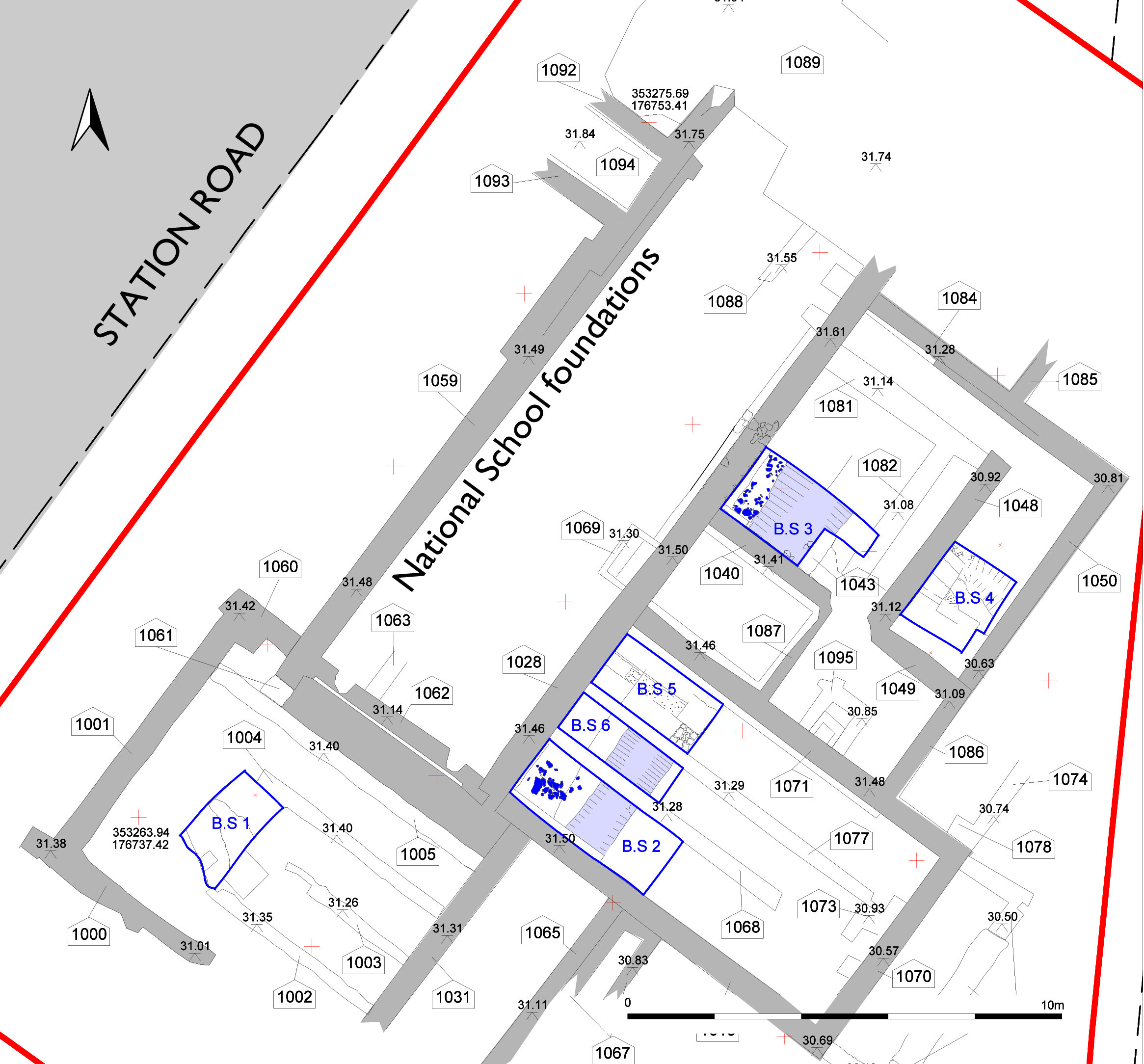 To the south of Kings Weston was the town of Abona, on the Avon at modern Sea Mills. Roman Roads can be tracked southwards and across Durdham Downs heading for Bath, and a major connection to Gloucester is known. It is significant that the known course of this road passes to the north side of the Kings Weston Ridge, continuing a line from Cribbs Causeway through Henbury. However, if that line is projected onwards it is not to Sea Mills that it heads, but directly through the Kings Weston Parkland to the old ferry across the Avon to Pill and the Somerset side of the Avon.

The recent finds in Shirehampton now give greater weight to the route of the road passing across the Home Park, Down Park Hill, then heading towards the banks of the Avon at Lamplighter’s along the modern course of Station Road; From there significant settlements at Gatcombe, Charterhouse on Mendip, and Ilchester would have been directly connected with Gloucester. 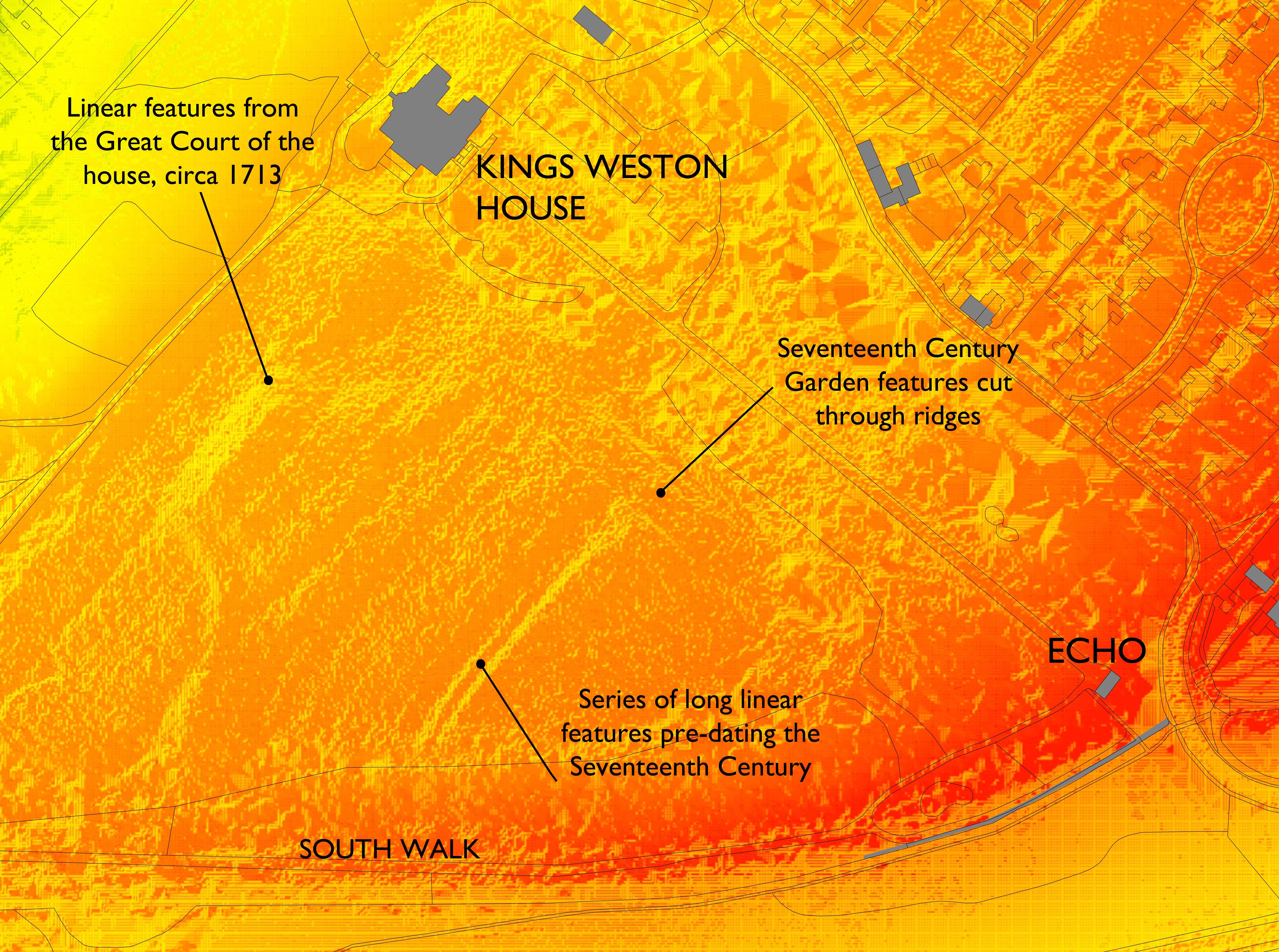 A review of the archaeological record for the road from Bath towards Abonae also suggests that that road too bypassed the settlement proper and headed across the river Trym in a characteristically straight line, and crossed Kings Weston Hill at the Old Inn, and by way of a zig-zag known to have existed before the 1730s.

What this means for Kings Weston is significant. The conjectural new alignments give great potential for undisturbed Roman material being located within the flat land around the Home Park, and close to a major junction in Roman Roads. The nature of that junction, the foundation of the medieval manor at Kings Weston, and the efforts made by the Southwell families and those before them to divert the road outside their park might now be explored within this new hypothesis. 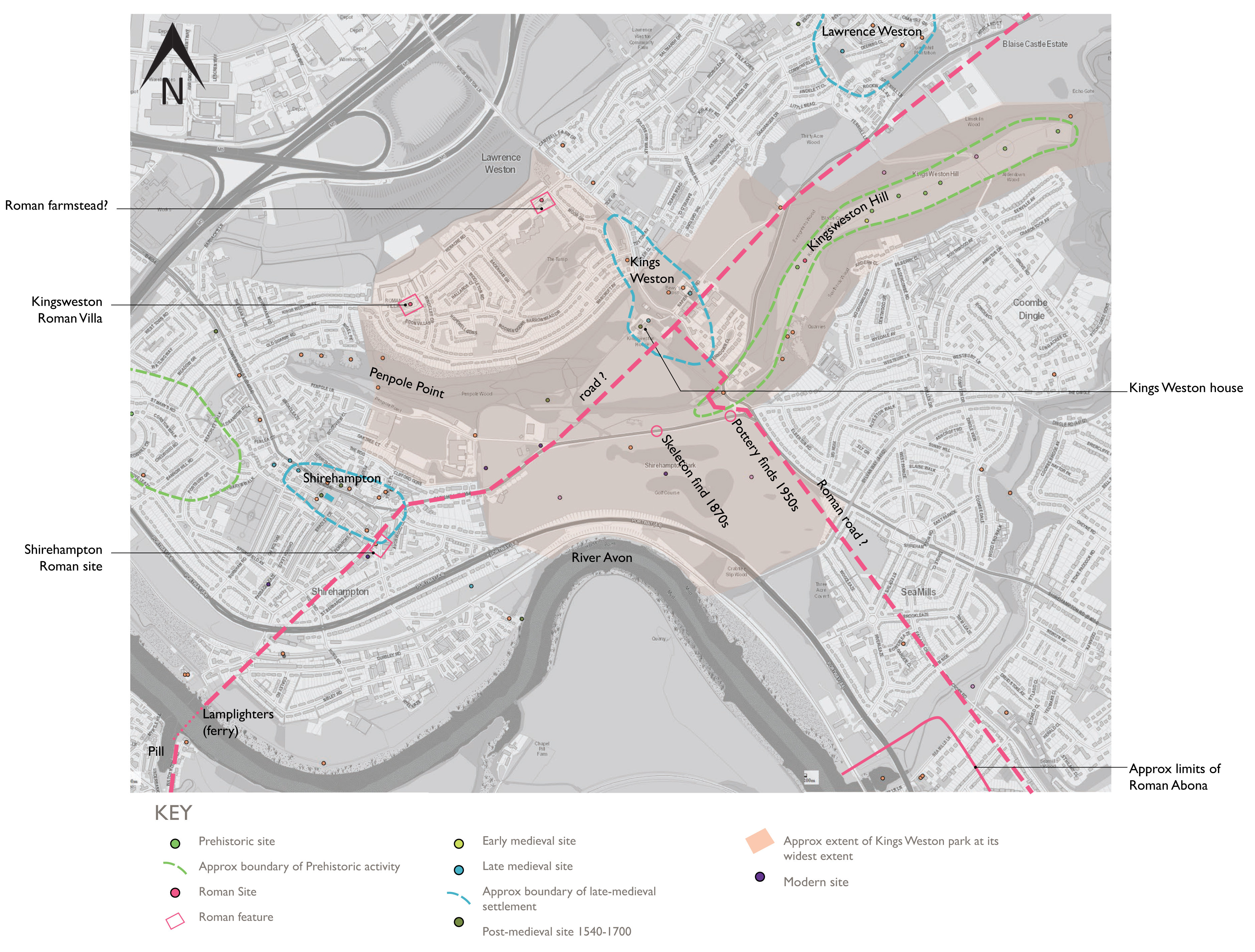 CLICK TO ENLARGE. Conjectural alignment of Roman Roads around Kings Weston with other sites.