The recent publication, Somerset Mapped, by Emma Down and Adrian Webb, brought a curious new story to light. One of the maps reproduced in this volume represents the landscape around Kings Weston and the north of Bristol and was drawn up for a sinister purpose!

Tensions between France and Britain were frequently high throughout the Eighteenth Century, and both sides were keenly prepared if war broke out. It was important to plan for both the defence of your own territory, and, if necessary, the invasion of your opponent’s. With this in mind, in 1768, the French dispatched Lieutenant Colonel Paule St de Beville to undertake covert reconnaissance of key targets in the south of England. 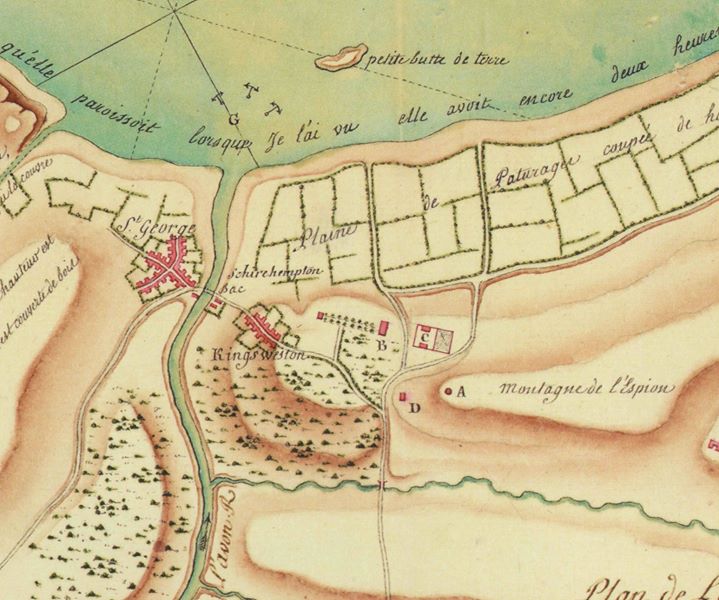 Part of his mission was to survey the landscape and provide detailed maps and analysis, which could prove strategically significant for an invading force. His map for the mouth of the Avon was drawn on the 18th September 1768 and is likely to have been drawn from memory, or notes, taken furtively during reconnaissance trips.

From the map it’s clear that he stationed himself at Kingsweston Inn (D on the plan) which he refers to as ‘Cabaret de l’espion’: tavern of the spy. The inn would have given him the perfect pretence to stay and survey the area, and was ideally located to provide a high vantage point from which to study the landscape. Kings Weston was firmly on the circuit of fine houses and gardens frequented by the well-to-do, and it had an international reputation that regularly attracted Continental nobility; a Frenchman visiting the estate, and staying in the inn, would be unlikely to raise much suspicion.

On Kingsweston Hill he identified the former windmill (A on the plan), which he’d established was stationed by a lookout in times of war. In describing the hill as the ‘mountain of the spy’ it’s clear that he used it as the principal station for his own observations. 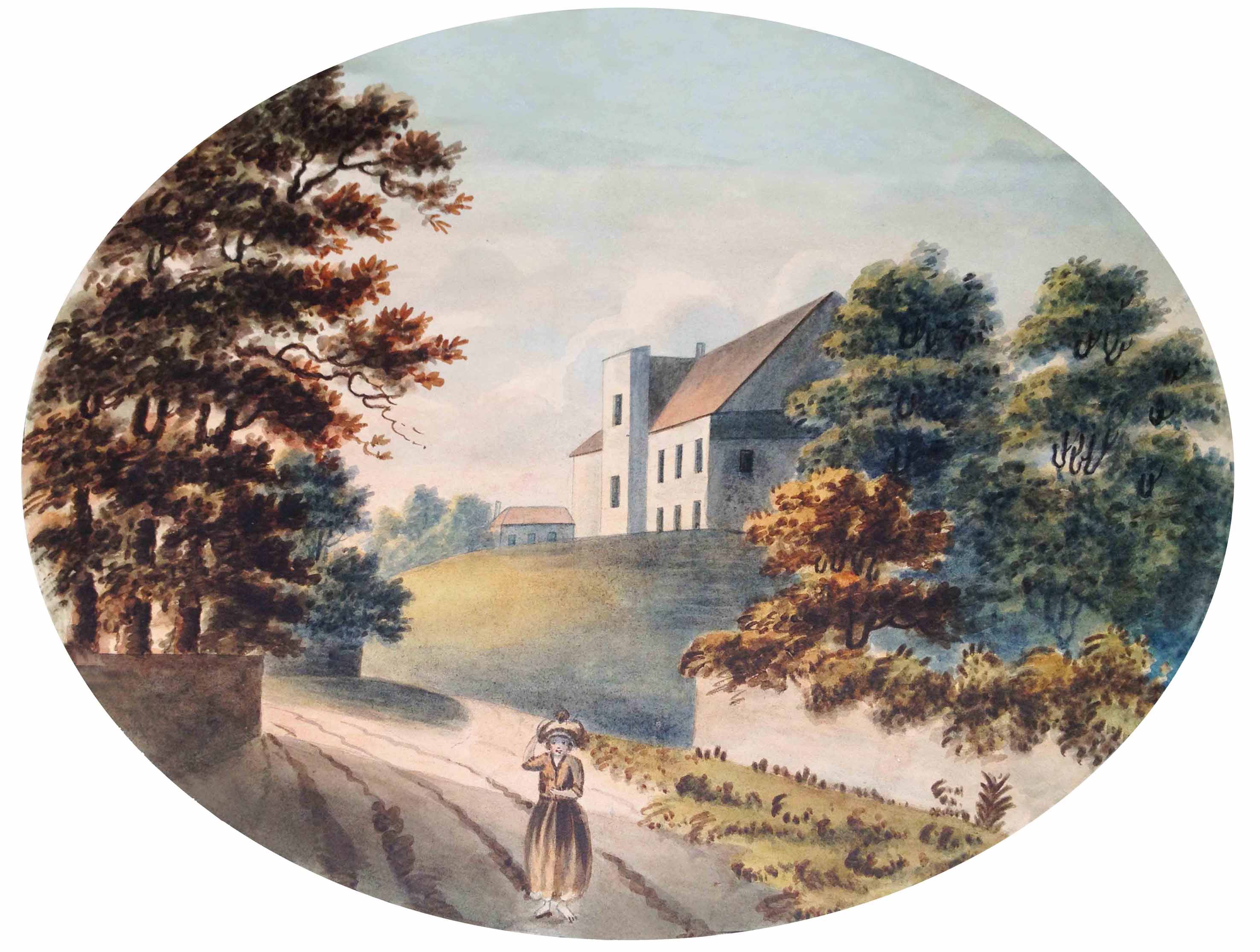 Kingsweston Inn seen from below and from the south, circa 1820.

Kings Weston house and it’s recently completed stable courts, (B and C on the plan) have a recognisable relationship, and the avenue of trees stretching westwards appears to connect to Penpole Lodge, though the detail is more illustrative than accurate. Strategic features, such as the anchorage in Kingroad, and the ferry between Lamplighter’s and Pill are also shown, no doubt of significance to any army seeking to dominate the entrance to Bristol by land or sea.

How St de Beville interpreted the strategic significance of Kings Weston is difficult to say. He identified a potential camp for troops on a flat plateau around Nailsea that he’d seen at a distance, but the capture of the mouth of the Avon, and an assault on Bristol from the north, either from the Gloucestershire side of the Avon, or the Somerset side via Pill, would have relied on securing the high ground above Shirehampton. Perhaps Kings Weston house would have provided a suitable command post for operations?  In the event no such invasion ever happened, but signal masts were maintained on Kingsweston Hill for the duration of the wars with France that followed later in the same Century.