The gallery of paintings in the Saloon of Kings Weston House is one of its highlights. Whilst there are literally dozens of portraits of members of the Southwell family, who owned the house and estate for the whole of the Eighteenth Century, this is just a fraction of their original collection.

The rooms throughout the mansion were filled with many paintings, with a strong emphasis on ancestral portraits. Today the family still owns a small collection of these, but many remain lost or in private collections; However, just occasionally, one comes to light…

Most recently a painting came onto the market of Lady Elizabeth Dering, the Irish noblewoman who, in 1665, married the first of the family at Kings Weston, Sir Robert Southwell. There are already paintings of the couple in the house; a pair of beautiful and characterful works. The newly uncovered painting has a well documented history and can be tracked from its original execution to its final sale out of the family in 1834 following the death of the last of the direct line. 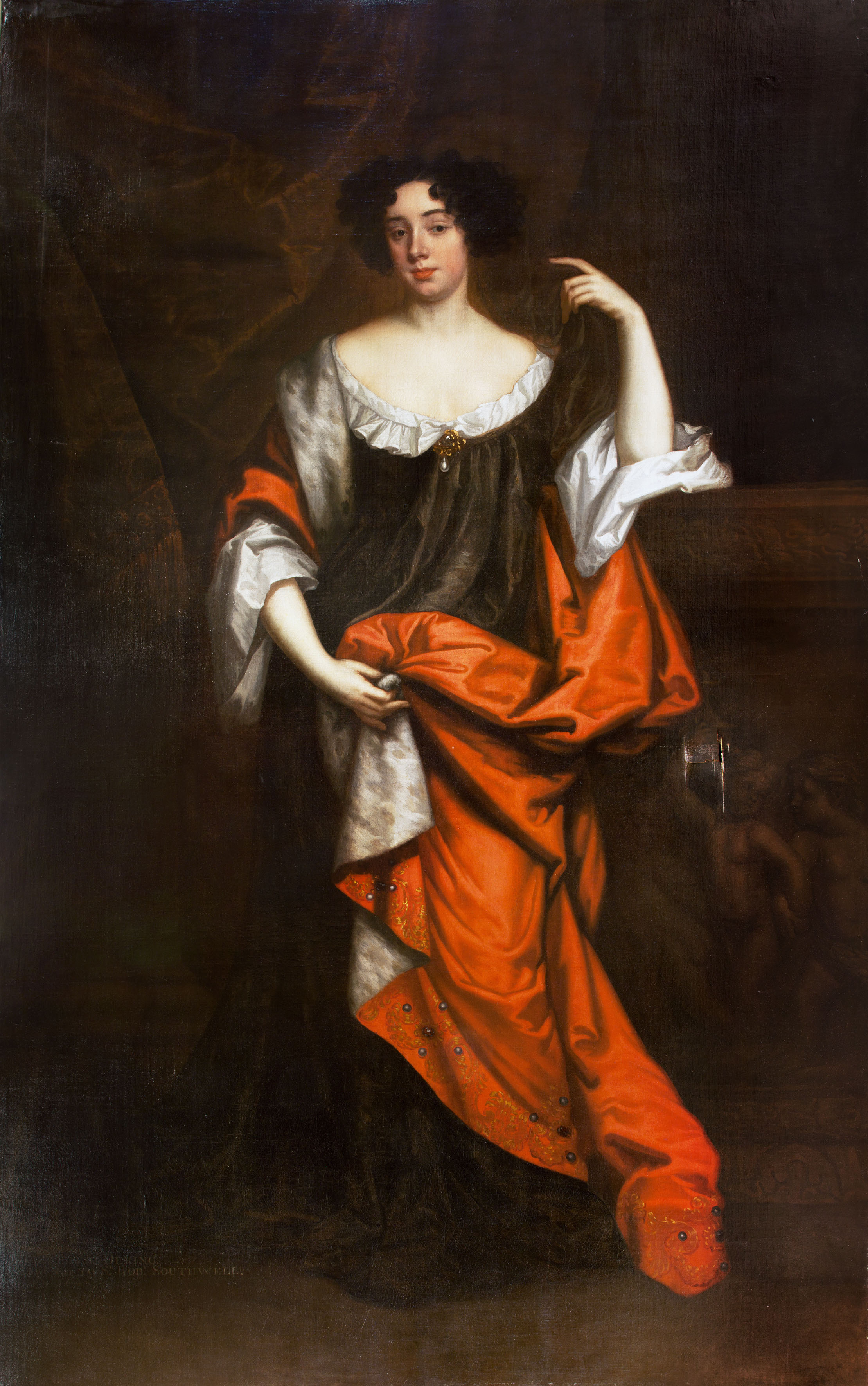 The painting itself is vast; Over seven feet in height it is almost life size. It carries the name and date of its sitter in the lower left-hand corner, and Elizabeth stares out of the canvas with almost-luminous skin, and a distant gaze. A striking red shawl wraps through the painting, but, unusually, the dress she wears is jet black and isn’t as splendid show of opulent colour as one might expect from such a bold painting. 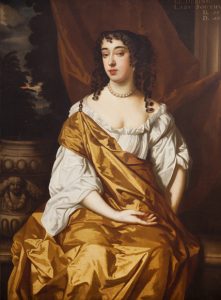 Clues to the painting’s origins are given in an early inventory of goods in the house compiled in 1695. With regard to the full-length portrait of Elizabeth it explains “the head done by Sir Peter Lely in 1680, a little before his death. The drapery by Mr Sonius”. Lely was the foremost court painter of his age, and his prolific output included the majority of the Royal family and nobility of Britain. At his death in November 1680 many of of the works in his studio were incomplete and finished by assistants, the Dering portrait no doubt amongst them. Elizabeth herself lived only a few months longer, dying in January 1681. It is therefore likely that the studio were instructed to complete the painting posthumously and the dark mourning dress of black symbolised the recent loss. 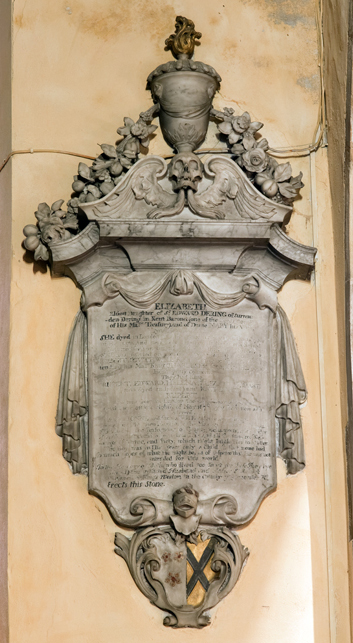 The painting originally hung in the Southwell’s house in Spring Gardens, London, but quickly found its way to Kings Weston by the time the house was remodelled by Vanbrugh in 1712. All subsequent descriptions of the house mention it in the Breakfast Parlour overlooking the Severn; This space has since been opened out into what’s better known today as the Vanbrugh Room. When the last of the direct line of the family, Edward Southwell VI, Baron de Clifford, died in 1832 almost the entire contents of the house were auctioned in a lavish series of events in London. It appears that the Dering portrait was sold with one other of a similar size for the princely sum of £7!

The history of the painting since that auction remains uncertain. A number of auction stamps, and collection marks, on the timber stretcher hint at a long chain of subsequent ownership. No doubt in the future we may be able to find out who was interested enough in the sitter, or the portrait to own it, and who the mysterious painter, Mr Sonius was! The intention is that the painting will now return to Bristol. Plans are yet to develop for how public access and enjoyment of it can be arranged. At some point it would be wonderful to see it return to kings Weston in some form.