On the 21st October English Heritage ran a Bristol-wide event for schools as part of its Heritage Schools Programme and to commemorate the start of the First World War. Based at the MShed on Bristol’s Harbourside,  where there was a major new exhibition on display, schools were treated to bus tours visiting some of the City’s most important First World War locations. Having operated as an Auxiliary Hospital during the period Kings Weston played its part in the day’s proceedings.

When they arrived school parties were met by KWAG volunteers dressed in period costume and led into the house. They were  treated to an in-the-round performance given by the drama students of Backfield School focussing on ‘John Smith’ and his experiences of the trenches. The performance was adapted from an anonymous poem of the period and described the story of a Tommy  from recruitment to discharge. The thought-provoking piece was rounded off with many questions from school parties.

The unique role that history of the Kings Weston landscape played during the war was highlighted during the visit; not just the use of the house as a hospital, but the many other things happening around it. These included the Remount Depot at Shirehampton that provided war horses to the army, and the Mustard gas factory at Chittening and the enormous activity at Avonmouth Docks. KWAG had produced exhibition boards that were displayed in the Oak room along with a great display by the parishioners of Henbury Church. Posters exhibits and artefacts were all of great interest.
Enormous thanks are due to Michael Gorely of English Heritage, Christopher James and his students from Backwell School, the parishioners of Henbury, Norman Routledge for the use of Kings Weston House for the event, and to all the KWAG volunteers who helped it happen.

You can find a full gallery of photos of the event here, 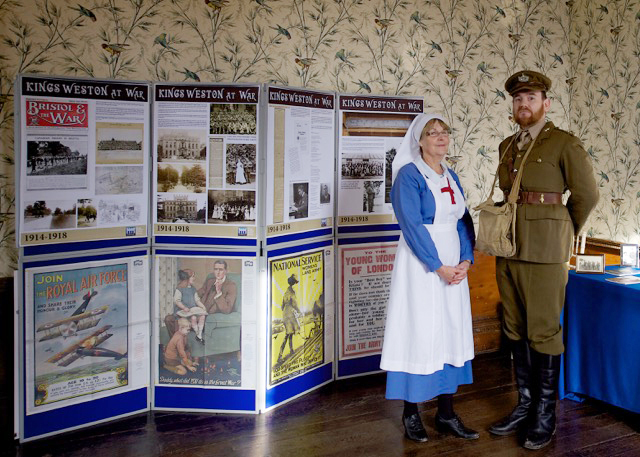 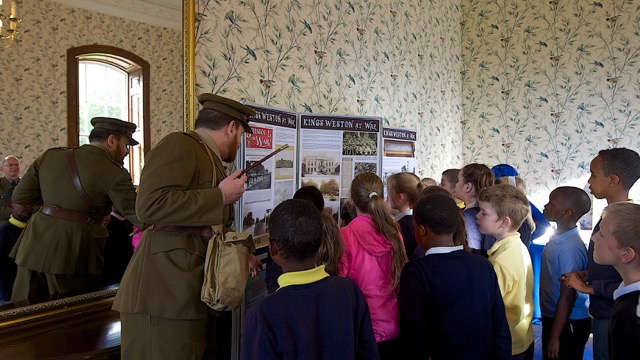 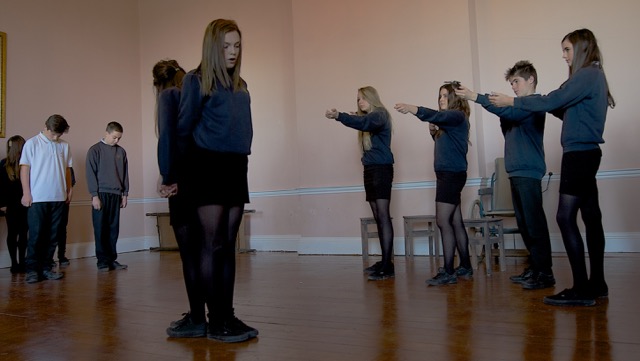 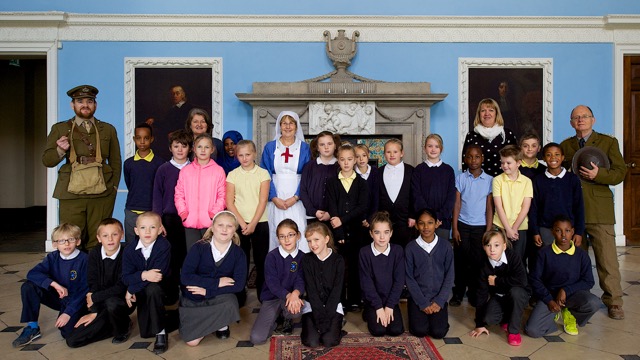