The Landscaped grounds around Kings Weston House developed during the Seventeenth Century following the purchase of the manor by Sir Robert Southwell in 1679. Robert keenly redesigned the formal gardens with the assistance of John Evelyn including the creation of parterre and ‘wilderness’ gardens, formal avenues and the laying out of drives through the woodland.

From Ireland to Europe 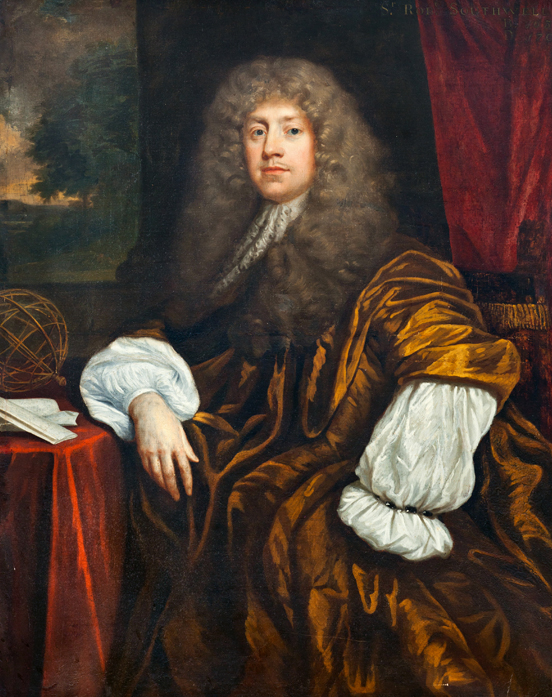 Robert was born in the harbour town of Kinsale, Ireland, where his family had acquired relative wealth and influence. He was sent to Oxford University to read law, but soon, through overwork and exhaustion, he descended into serious ill health. He abandoned his studies and returned briefly to his family to recuperate. After a short time he set off for southern France to fully recover his health in a better climate. He convalesced for a short  time but his natural curiosity drove him continue travelling and he embarked on a grand tour through Europe.

Wherever he travelled he seems to have made friends of influential people. In Florence he befriended Ferdinando Medici, the Grand Duke of Tuscany whom he credited for having given him a phial of ointment that finally returned him to better health. Amongst others he met and befriended the sculptor Bernini, the alchemist Francesco Borri, and the Italian mathematician and scientist Vincenzo Viviani

He made every effort to immerse himself in the culture and language of the countries he visited including the Italian states, Austria, parts of modern Germany and the Low Countries. He met leading artists and scientists of the day and continued to correspond with them long after his return to England in 1662 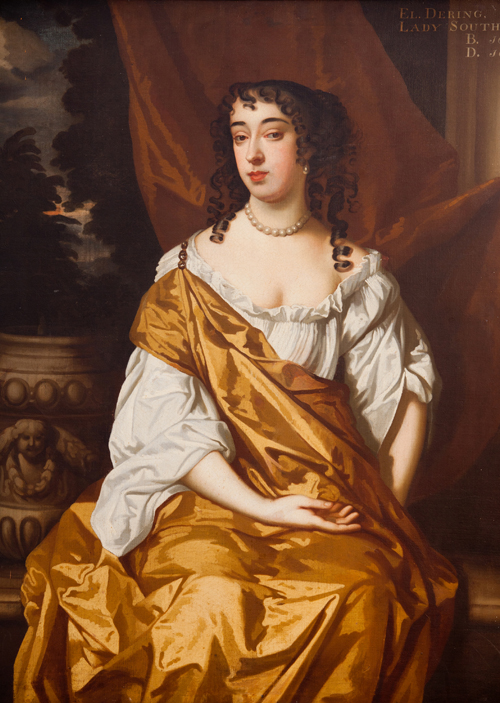 Following his return he settled in London, regularly journeying on business to Dublin and returning to his family in Kinsale. On one voyage he met  Elizabeth Dering the daughter of another affluent Irish family. During a violent storm on a voyage back from Ireland her calmness and fortitude in the face of the tempest impressed him and after a short courtship they were married and set up home together in London.

Entering into court life he was appointed as a secretary to the privy council and also to the Board of the Lords of trade and plantations who ran England’s expanding New world colonies. His keen interest in science saw him elected as a fellow of the newly formed Royal Society and amongst other members he built strong friendships with Robert Boyle, Sir Hans Sloane, John Evelyn, and Robert Hooke. Samuel Pepys was another of his London acquaintances.

in 1665 King Charles II knighted Sir Robert and appointed him as an envoy to the King of Portugal in Lisbon. After distinguishing himself in negotiating the Treaty of Lisbon returned in triumph.  He bought the lease on land at Spring Garden four years later, just off where Trafalgar Square is today, and commissioned his friend Robert Hooke to design him a new house there.

The purchase of Kings Weston

Sir Robert had begun looking for a country estate in which to settle his family in the mid 1670’s. His attention seems to have been drawn to Kings Weston from as early as 1675. As one of the major embarkation points for southern Ireland Bristol was ideally located between his family in Kinsale and the demands of Court in London. Eventually in 1679 he purchased Kings Weston from the executors of Humphrey Hooke, a former MP for Bristol who had died in impoverished circumstances.

His purchase of Kings Weston coincided with his implication in the Popish Plot, and although he was cleared of any wrongdoing he resigned his positions in court and moved his family to Kings Weston in self-imposed exile. His wife died in 1681 and Sir Robert diverted all his energies into improving his new estate and nurturing his only surviving son Edward, affectionately known as Neddy.

At the time Kings Weston house was a late Tudor mansion built by one of Queen Elizabeth’s Admirals, Sir William Wynter. Sir Robert set about some alterations to the building but focused mainly on improving the gardens and the agricultural land. With advice from his friend John Evelyn he set out formal garden courtyards to the south-east of the old house. He set-to with mortar rebuilding estate walls and laying new paths including the present drive through Penpole Wood. 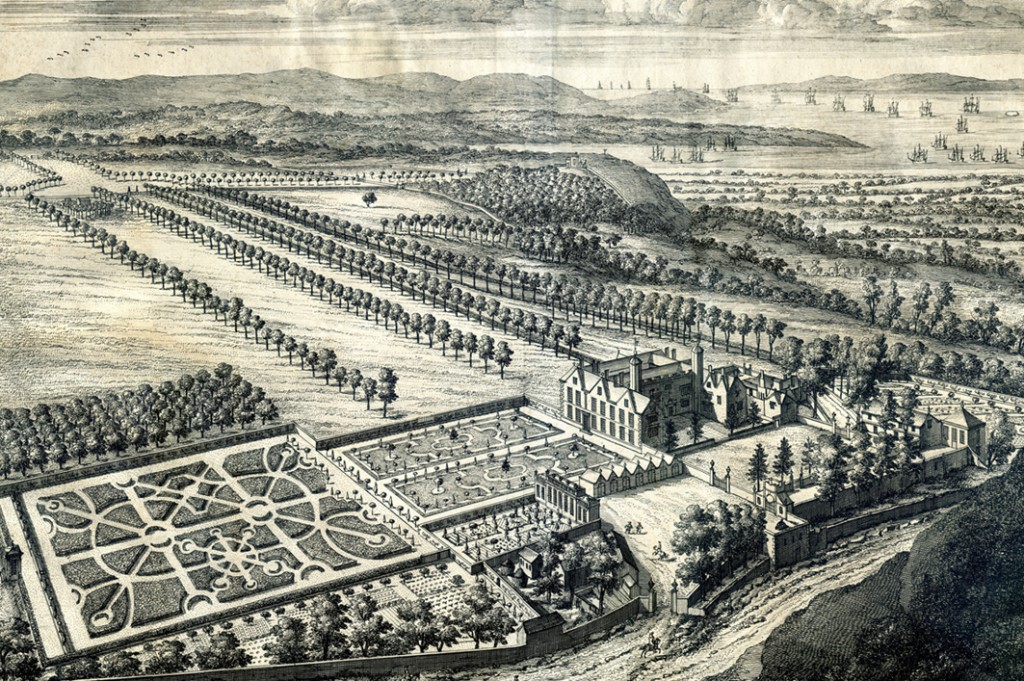 Having been a leading figure in the board of Trades and Plantations he asked his many connections in North America whether they could send back trees, plants, nuts, and seeds for him to grow at Kings Weston. He shared many with his friends the Blathwayt’s at Dyrham near Bath (now owned by the National Trust), Lady Mary Somerset of Badminton House, and Hans Sloane in London.

Sir Robert planted long avenues of lime trees leading up to the front of the house and some of these that he planted can still be seen in the avenue today. He is also know not have planted False Acacia trees at Kings Weston. These sucker tenaciously and a small copse of these trees behind the present house may be from the original stock.

He also sourced many hundreds of yew saplings from across the Severn in the Forest of Dean and had his servants ship them back to his new gardens. These were laid out in the new garden courts and elsewhere across the park. He also propagated fir and spruce trees from seed he had collected on his travels in Europe, and plantations of these were still famous into the Twentieth Century.

Excerpt of a maritime chart by Captain Grenville Collins of about 1690 commemorating the visit of King William III to Kings Weston. (Bristol Central Library)

In 1689 when King James II fled England and King William and his wife Mary took the throne Robert’s son Neddy raced to the south coast to welcome them and escorts them I to London. Roberts own retirement was abandoned and he too travelled to London to be received at Court. Perhaps remembering him from an earlier acquaintance on the Continent, and valuing his Knowledge and Irish connections, the King appointed Sir Robert Secretary of State to the Kingdom of Ireland. Sir Robert accompanied the King to Ireland in 1690 to quell rebellion and following the Battle of the Boyne they returned to court via Bristol where the King stayed overnight at Kings Weston.

1690 was an important year for Robert as he was also elected President of the Royal Society, a position which he held for five consecutive terms. His position of Secretary of State for Ireland was secured for his son Neddy to inherit and eventually he retired again to Kings Weston.

The end of the Century

He continued in improving the estate and corresponding with his many friends and colleagues. He filled the house with souvenirs of his travels, hundreds of books and a collection of paintings and antiquities. When he died at Kings Weston on 10th September 1702 and was buried in Henbury Church where his monument still stands. In an epitaph His friend William Byrd called Him “Cavaliero Sapiente”, the wise knight and wrote

“He had alone the secret of giving pleasure to others, at the very moment he felt pain himself. When he was Young he was wise enough to instruct the old and when he came old he was agreeable enough to please the young.”